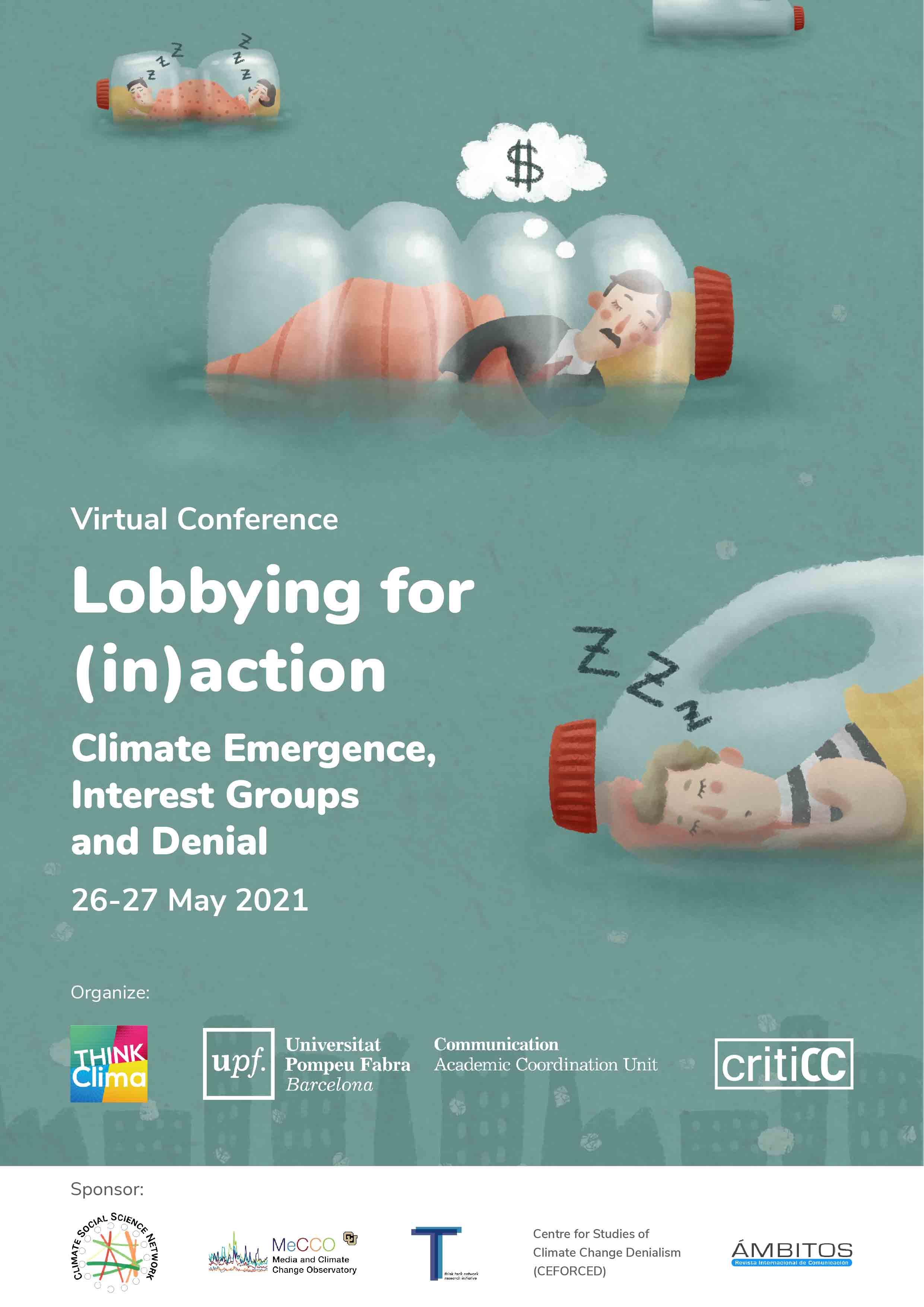 Despite the climate crisis emergency, humans are still not acting with the urgency events demand. Climate inaction – i.e., the absence of effective reaction to mitigate or stop contributing to global warming – is a recurrent, historical and very present reality. We are nowhere near fulfilling the Paris agreement. By some measures, Paris could be judged as a failure: emissions actually rose in 2019 compared to when the agreement was signed in 2015. And although the worldwide pandemic in 2020 produced a relevant fall in carbon output due to coronavirus lockdowns, the data also revealed an uncomfortable truth: even when transport and commerce are dramatically reduced, the majority of emissions remain intact. Far greater systemic change is needed.

We now know that the main barrier to action on environmental issues is a combination of vested (political and economic) interests and human reluctance to change habits. Obstacles to addressing humans’ pollution of the Earth have actually been so successful that a rhetoric of adaptation has emerged to replace one of mitigation. While mitigation addresses the root causes of climate change – focusing on reducing greenhouse gas emissions and stopping the destruction of carbon storages (like rainforests) – adaptation merely seeks to lower the risks posed by the consequences of climatic changes, without addressing the causes of the problem. Overall, the failure of mitigation rhetoric and the rise in the adaptive form represent a major success not in the spheres of science, politics or economics, but rather in that of strategic communication, public relations and public affairs, with interest groups playing or attempting to play a major role in this respect.

The discursive coalition formed in the US by interest groups promoting climate inaction has shaped a climate countermovement in which neoliberal think tanks have played an essential role in disseminating denial ideas in that country. However, pressure groups formed by large companies from a number of polluting sectors have invested plenty of resources in the undermining of climate policies all around the globe. When attempting to understand these obstructive actions, it is important to consider denial in their complexity: not only the rejection of facts of climate change or of their consequences, but also denial of the implications of these facts and consequences, mostly the need to radically change the way we live – including not only how we travel, but also and prominently what we eat, how we work, how many of us inhabit the planet and how we spend our leisure time. This perspective allows for a wider analysis of the ideologies at the roots of climate inaction, including neoliberalism, anthropocentrism, speciesism and patriarchy.

This conference theme is found at the intersection of climate change, denial and interest groups (like lobbies, think tanks and any type of advocacy organization). The event aims to encourage researchers in any area of the social sciences to focus on the role of interest groups in delaying climate policies through an awareness of the complexity of climate change denial. We therefore invite abstracts (of no more than 500 words) related to this complexity promoting climate inaction and the current climate crisis pertaining, but not limited to, the following topics:

The conference will be held virtually on 26 and 27 May, 2021 (full schedule TBD) and will encompass a mix of both synchronous and asynchronous presentations, including keynotes by distinguished scholars in the field of climate change denial research (TBD).

Abstracts for 20-minute presentations must be submitted in English.

The number of submitted abstracts per author is limited to two. Send the abstract in a .DOC or .PDF file naming it according to [Surname_Name].

Abstracts must be submitted by email to: joseantonio.moreno[at]upf.edu

We strongly encourage submissions by women and other socially underrepresented groups.

The conference language is English.

The conference fee is 50 euros for senior researchers and 30 euros for students, scholars without a permanent position, or advocates.

We are expecting to publish a special issue based on a selection of the best papers presented at the conference in the open-access journal Ámbitos. Revista Internacional de Comunicación. Full articles will be accepted in Spanish and English.

To be eligible for publication, manuscripts must be submitted by 30th June 2021 by email to joseantonio.moreno[at]upf.edu