Climate Change Denial and Think Tanks: EU vs US

On Wednesday March 7th, 2018, THINKClima organized the international panel “Climate Change Denial and Think Tanks: EU vs US” in campus Poblenou, at UPF, in Barcelona. The session included papers by Maxwell Boykoff, director of the Center for Science and Technology Policy Research, University of Colorado-Boulder (U.S.), Francisco Heras, Head of the Adaptation Unit at the Spanish Office of Climate Change (Spain) and Dieter Plehwe, senior fellow at the Berlin Social Science Center (WZB) (Germany).

The goal of the session was to provide a comparative perspective of the climate change counter-movements in Europe and the US, after Trump's climate policy agenda has largely focused on rolling back progress and the EU is seeing climate change skepticism rising in some countries. The event was moderated by professor Núria Almiron, director of THINKClima project.

Talk: "The social and financial organization of climate change counter-movement activities in the United States of America", Maxwell Boykoff is an Associate Professor in Environmental Studies, Director at the Center for Science and Technology Policy Research (CSTPR) and a Fellow in the Cooperative Institute for Research in Environmental Sciences (CIRES) at the University of Colorado-Boulder. He is also a Deputy Editor at the journal of Climatic Change and a Senior Fellow at the University of Oxford Environmental Change Institute. 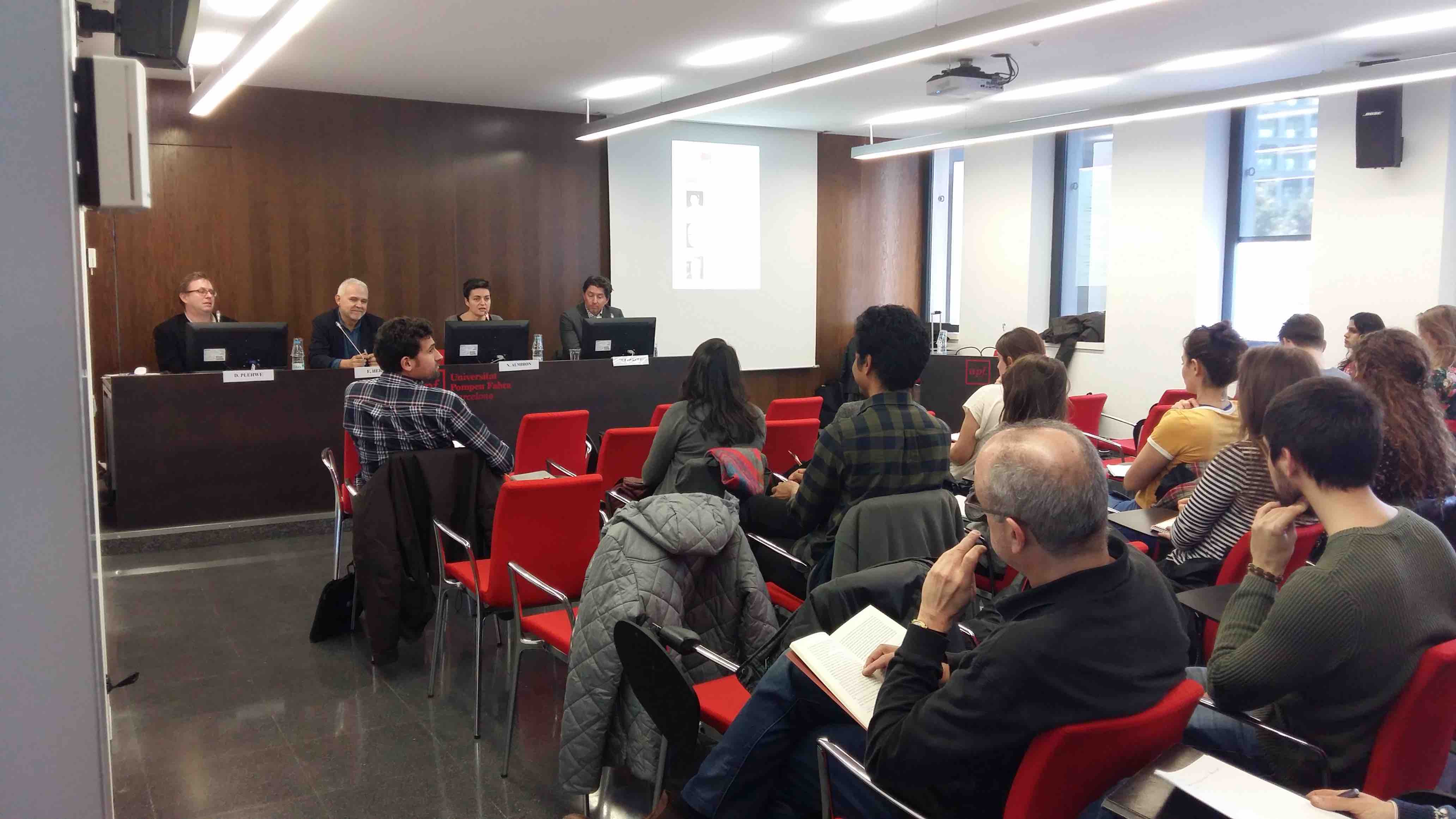 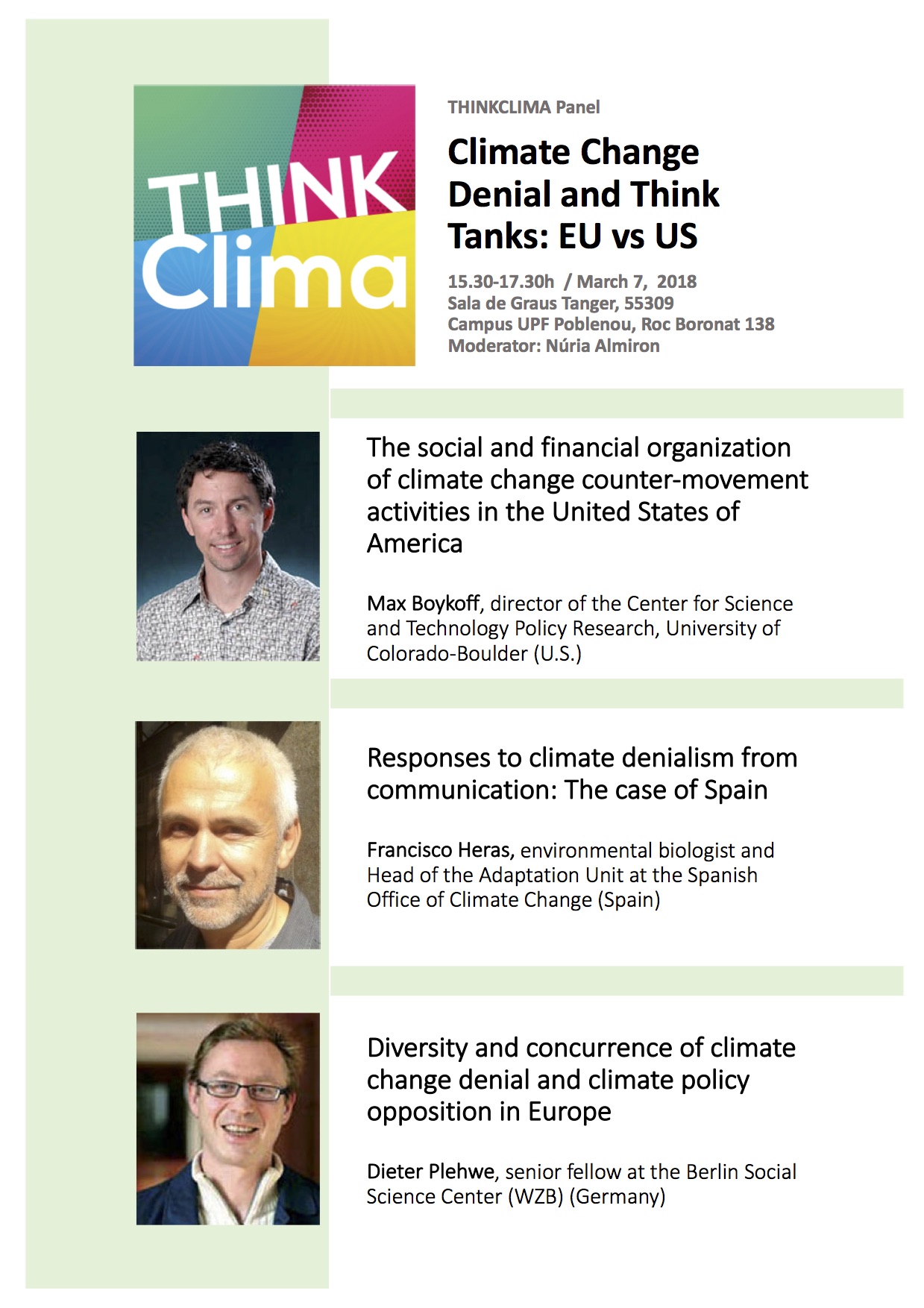