On Monday September 17th, 2017, THINKClima project organised (with UPF-CAE) the international panel "Are the defense of animals and environmentalism compatible?"

This event was framed within the ethical reflection THINKClima is conducting during the first and second year of the project regarding the roots and causes of inaction. The session raises from the discussion on specisist attitudes, which are studied in the project as an ideological denial preventing progress. 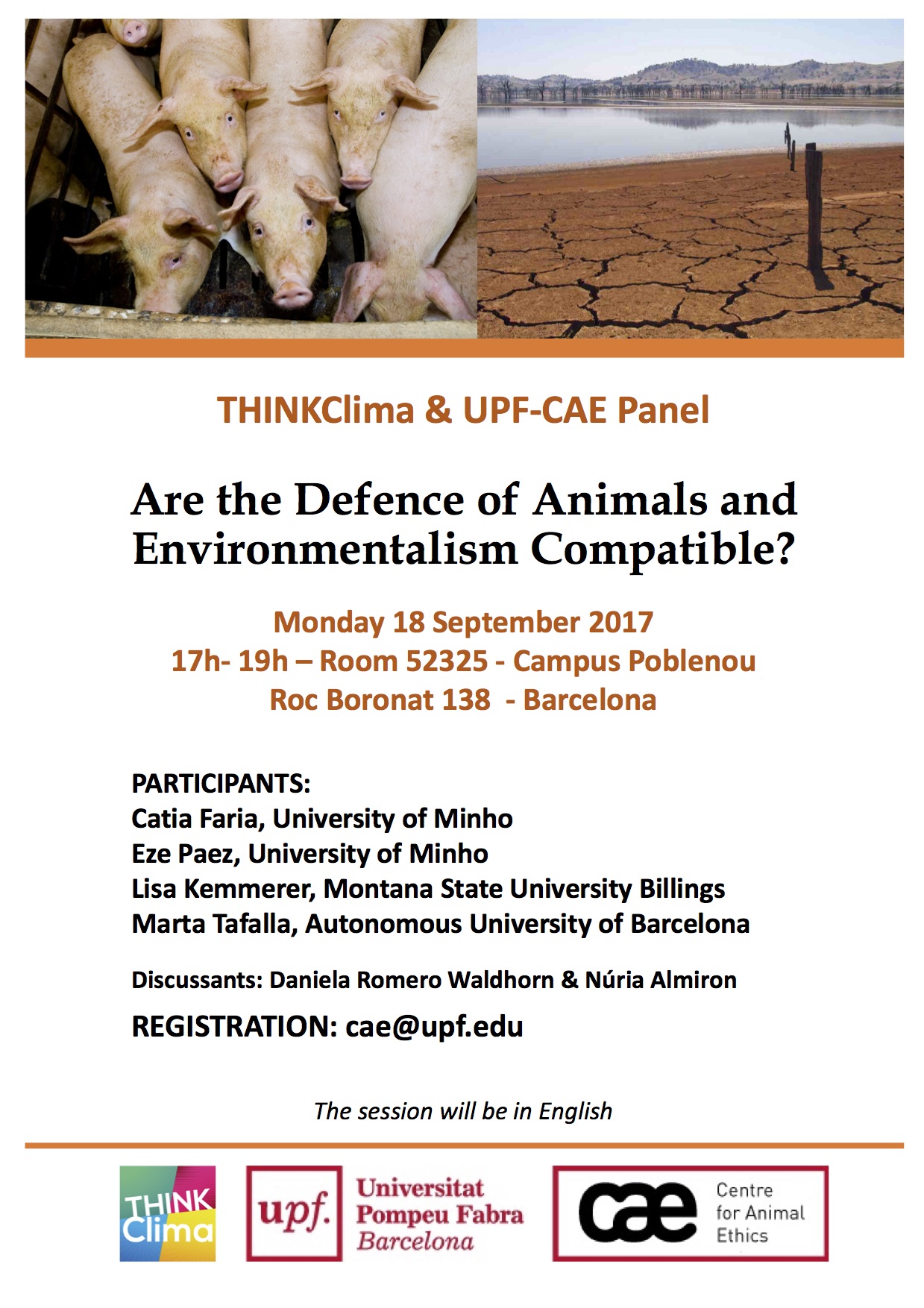