A study presents an algorithm that automates electrocardiogram recordings - News

A study presents an algorithm that automates electrocardiogram recordings

A study presents an algorithm that automates electrocardiogram recordings

Artificial intelligence can help health personnel to diagnose heart diseases, as shown in a study published in Scientific Reports, by Guillermo Jiménez-Pérez and Oscar Camara, members of the PhySense group, and Alejandro Alcaine, a researcher at the University of San Jorge, Zaragoza. 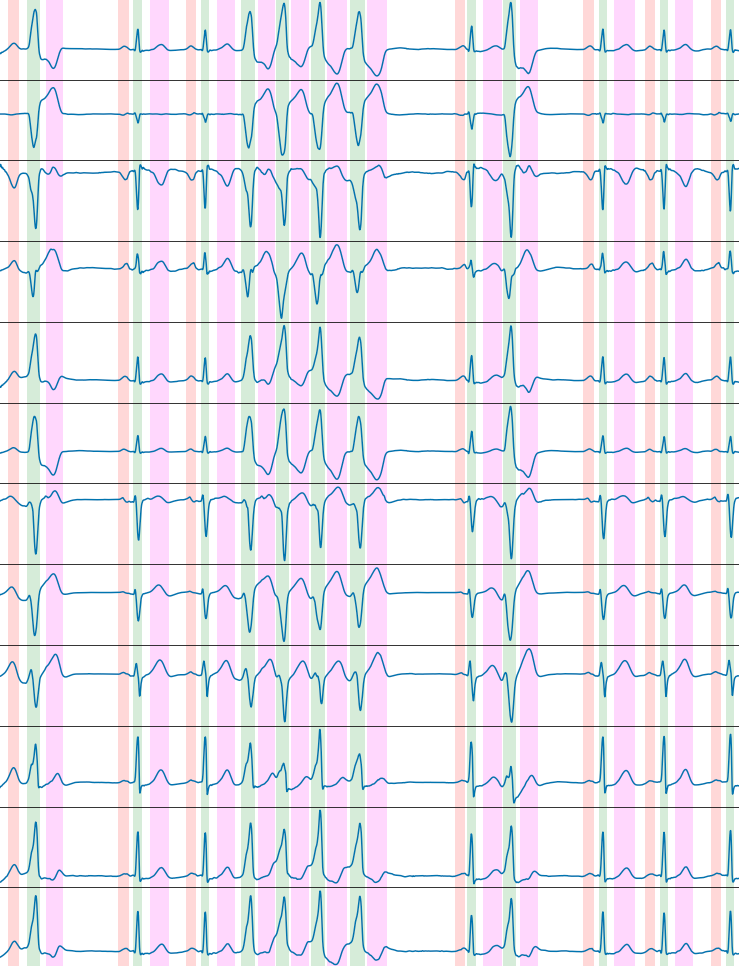 An electrocardiogram (ECG) is an examination that records the electrical activity of the heart during the cardiac cycle. It is non-invasive and usually involves placing electrodes on the subject’s skin. It is a most indicated type of examination when there is suspected heart disease and also in routine preventive health check-ups.

The electrocardiographic signal is, however, underutilized from a technological point of view. “While many cardiologists and specialized health personnel have experience in interpreting an electrocardiogram and attempting diagnosis, much of this process is not automated”, explains Guillermo Jiménez-Pérez, first author of a paper published in Scientific Reports which presents an algorithm to delineate an electrocardiogram, that is, an analytical method to perform a separation/quantification of the different phases involved in the cardiac cycles.

The measurements of the different phases of the cardiac cycle must be made robustly, that is, they must be applicable to the broad variability of possible cases. In the first place, due to the many possible morphologies that may arise from patient to patient (the picture depicts a representation of different pathological and normal heartbeats, which may vary greatly between individuals), and also to promote their use for subsequent comparative analyses. “That is, being able to obtain the morphology of the different QRS of a particular patient may help identify which aspects of the QRS are abnormal in relation to the general population - or even with regard to the patient a few years earlier”, Pérez-Jiménez explains.

This work was published in Scientific Reports on 13 January, and was conducted by Guillermo Jiménez-Pérez and Oscar Camara, members of the PhySense  research group, within the BCN MedTech Research Unit, attached to the UPF Department of Information and Communication Technologies (DTIC), together with Alejandro Alcaide of San Jorge University in Zaragoza.

An algorithm for automating electrocardiograms

For the study authors, the fact that the electrocardiography technique is not yet automated is surprising, considering that at present, many of the major trends related to technology are based on automation through the development of artificial intelligence algorithms.

It is in this context that the work published in Scientific Reports is framed. By using cutting-edge artificial intelligence techniques, an algorithm has been developed for the delineation of the electrocardiogram, improving performance over other algorithms available in the literature.

This kind of technologies should be used with caution and, especially, looking to the future

These algorithms are obtained by the capturing and processing of massive data and, once developed, they are able to process new data very quickly and robustly. This paradigm, of artificial intelligence, has many positive externalities, such as processing capacity and the use of increasingly larger amounts of data which, in turn, are useful for the annotation and processing of new data, thus creating positive feedback loops that eventually lead to benefits for the user.

“This kind of technologies should be used with caution and, especially, looking to the future”, the study authors assert. It is of paramount importance to use artificial intelligence to process data so that the results obtained can be immediately interpreted; i.e., artificial intelligence aimed at obtaining measurements (quantification) of the objective reality that surrounds it.

“These measurements can be used in subsequent processes to perform more complex tasks such as, returning the original issue, simplifying the physician’s workload or the accurate diagnosis of heart problems”, Jimenez-Perez explains. In short, they are reliable technologies for performing many types of subsequent analyses that can be directly interpreted by health personnel, fulfilling all the requirements of ethics and confidentiality required in the field of biomedicine.