A study involving Joan Monràs, a lecturer with the UPF Department of Economics and Business and the Barcelona GSE, shows that this policy change led to an increase in state revenue of between 4,000 and 5,000 euros per regularized immigrant, through payroll taxes. 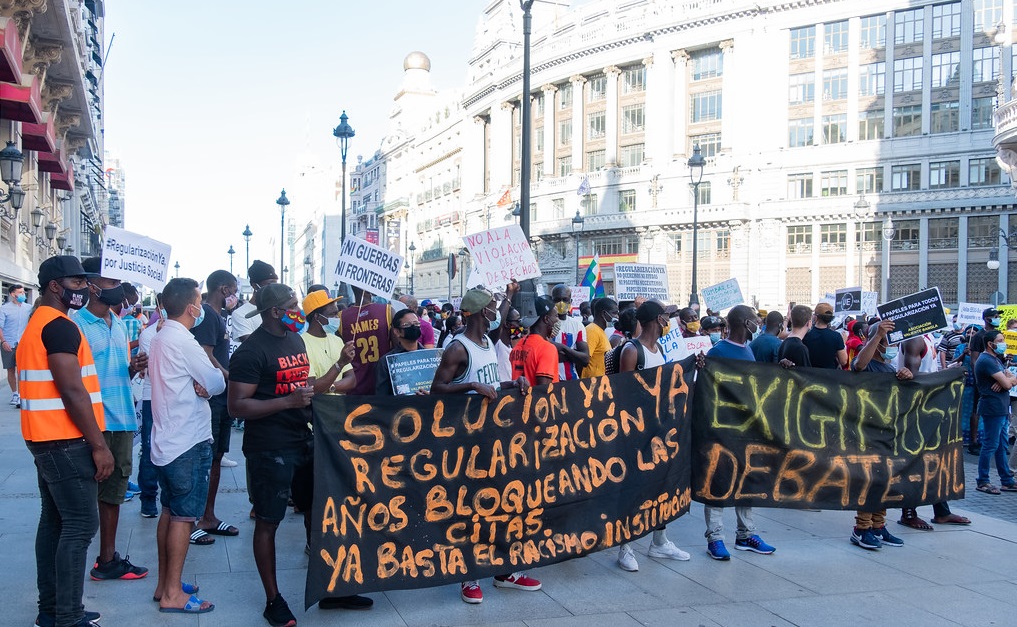 Several academic studies that mainly focus on immigrants’ legal status, have shown that granting them work permits helps them to settle and integrate into the host economies. But, little research has been conducted on how these host economies are affected by the legalization of immigrant workers, through the analysis of aspects such as the impact on public revenue and on the labour market.

A study involving Joan Monràs, a lecturer with the UPF Department of Economics and Business and the Barcelona GSE, together with Javier Vázquez Grenno (University of Barcelona) and Ferran Elías (Universitat Autònoma de Barcelona), took advantage of a natural experiment that took place in Spain in 2004 to gain further knowledge in this field: José Luis Rodríguez Zapatero (PSOE) unexpectedly became president of the Spanish government, after the Madrid terrorist attacks, and he suddenly legalized nearly 600,000 non-EU immigrants.

“The policy change increased labour market opportunities for immigrants by allowing them to enter sectors of the economy with less informal employment”.

The academic paper, published recently in Barcelona GSE Working Papers, analyses the effects of what was one of the most numerous and unexpected legalizations in the world: the study shows that the process led to an increase in state revenue through the taxes these new employees paid through their payroll (and that not granting permits brought about significant losses), but also that legalization had distributional consequences for other employees.

The authors uphold that “the policy change increased labour market opportunities for immigrants by allowing them to enter sectors of the economy with less informal employment”. However, they emphasize that the changes had heterogeneous effects on other groups of people: “The native workers who had characteristics in common with the undocumented workers and were working in the informal market were faced with a harsher reality, while native workers with other skills, as a result of this policy, came out benefiting”.

Analysis of the ‘magnet effect’

The work begins by analysing whether Zapatero’s policy had a magnet effect. Thus, the authors compare the number of non-EU and EU immigrants before and after the amnesty. The fact that the variation that existed in the number of non-EU immigrants was similar to that in the number of community immigrants, suggests that policy change did not entail an increase as a result of what is commonly called the “magnet effect”. Therefore, “the amnesty led to a change in the immigrants’ legal status rather than a change in the total supply of immigrants”, the researchers assure.

Immigrants took the opportunity to improve their situation

The second stage in the analysis was to look at the career path of immigrants who obtained work permits. To do so, the study authors concentrated on immigrants who entered the social security system as ‘housekeeping service workers’. Many of these immigrants continued working in private homes (where they had been working previously) during the first six months after obtaining work permits, since one of the conditions for being granted them was to have a six-month contract. After this initial period, it is seen that recently legalized immigrants took advantage to move to other sectors, where they enjoyed higher wages, worked in larger companies, and, ultimately, joined the formal labour market.

Another aspect that underwent a major change with the new policy is that immigrants began to contribute to the social security system. By analysing administrative revenue through salaries at local (provincial) scale, the study shows that legalizing immigrants’ employment situation increased public revenue at local (provincial) level by around 4,189 euros per legalized immigrant. “This amount is only 55% of what would be expected if legalized immigrants had shared the same characteristics as other contributors to the social security system and had had similar employment experience”, the authors affirm.

Differences according to the number of immigrants present in different regions

Based on administrative data and detailed surveys on wages and employment, the study reveals that the policy change particularly affected the labour market outcomes of workers in areas with a high number of immigrants, compared with places with fewer immigrants present. “In areas with high rates of immigration, the new policy may have worsened the employment opportunities of natives with low qualifications, especially those working in the informal labour market, but improved them for immigrants and more skilled workers”.