UPF, one of the 100 best in the world in three disciplines of the QS World University Rankings by Subject 2020

UPF, one of the 100 best in the world in three disciplines of the QS World University Rankings by Subject 2020

This year, joining Economics and Econometrics and Linguistics, which appeared in the top 100 last year, are Politics and International Studies. The University, which scores in a total of fifteen disciplines, rises in two, and improves its ranking in the four broad areas of knowledge of the ranking in which it is included. 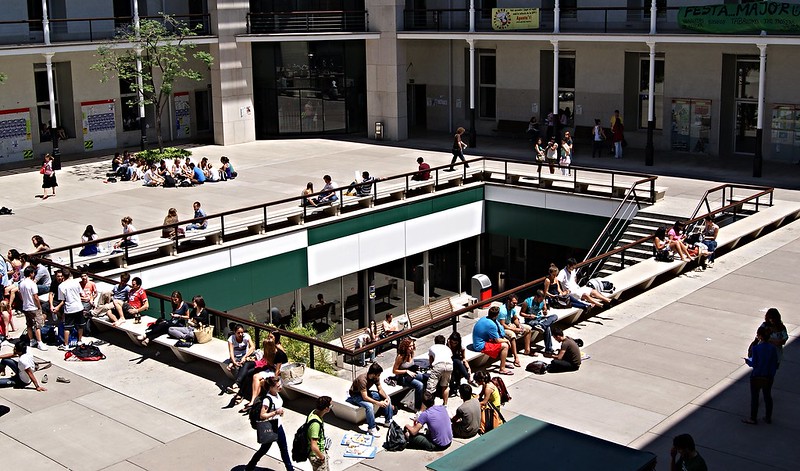 UPF is one of the 100 best universities in the world in four of the disciplines it teaches, according to the QS World University Rankings by Subject 2020, published by Quacquarelli Symonds on 4 March.

The fifteen disciplines in which UPF appears are spread across four of the five global areas of knowledge assessed by the ranking, and in all of them, the University has improved its overall position: Social Sciences and Management (climbing from 97th to 83rd, allowing it to keep first place in Spain), Arts and Humanities (rising from 213th to 208th), Health and Life Sciences (from 369th  to 342nd), and Engineering and Technology (from coming in the top 450 to 386th).

Fifteen disciplines featuring UPF, almost all in the top 10 in Spain

The University appears in fifteen of the 48 disciplines included in the ranking, the same as in the previous edition, and all are among the top ten at state level, except mathematics, which comes twelfth.

Apart from Politics and International Studies, which has jumped from the 101-150 bracket to the 51-100 bracket, improvements have also been seen for Electrical and Electronic Engineering, which has gone from being among the first 400 to the 301-350 bracket.

The disciplines that keep their positions are: Economics and Econometrics and Linguistics (51-100 bracket), Sociology, Modern Languages, Communication and Media Studies, Accounting and Finance (all in the 101-150 bracket); Art and Design, Business Management and Administration, Philosophy (151-200); Biology and Medicine (251-300) and Mathematics (351-400). Only Law has fallen, leaving the 101-150 bracket to enter the 151-200 bracket.

The QS World University Rankings by Subject, published by QS Quacquarelli Symonds since 2011, provides an extensive overview of higher education worldwide. This 2020 edition analysed 1,368 universities and 13,138 university programmes belonging to 83 countries around the world, and has taken into account 48 disciplines spread over five global areas of knowledge.

In terms of the methodology used, QS provides information about the most highly rated and most influential universities in each subject. It uses four indicators: an academic reputation survey, a survey of employer reputation, citations received by publications by each individual lecturer, and the h-index, which measures the productivity and the impact of publications.

The best scores obtained by UPF in each of these indicators are 86.7 for academic reputation in the discipline of Economics and Business; 76.9% for employer reputation in Sociology; 89.3% for citations for publications in Communication and Media Studies, and 81.5% in the h-Index for Linguistics.

Regarding overall results in each of the five broad areas of knowledge, Oxford holds first position for Arts and Humanities, followed by Harvard and Cambridge; Engineering and Technology is led by MIT, followed by Stanford and Cambridge; Life Sciences and Medicine is led by Harvard, Oxford and Cambridge; in Natural Sciences, the top three positions are held by MIT, Harvard and Stanford, respectively, and finally for Social Sciences and Management, the podium is occupied by the universities of Harvard, London School of Economics and Political Sciences, and Stanford.