TIDE_UPF Participated in the Science Week 2019

TIDE_UPF Participated in the Science Week 2019

From the 3rd to the 17th of November the 24th Science Week took place, and TIDE_UPF participated with two workshops.

On 12th November, 17 students participated in a workshop with Nicolás Gutiérrez, in which some of the issues to generate new technologies to identify emotions in music were presented. The workshop aimed to highlight the importance of massive involvement of persons in this task. During the session, some features identified by science were presented to objectivly classify and identify emotions. Likewise, in the context of TROMPA project, the pilot application for music enthusiasts use case to annotate emotions was tested. 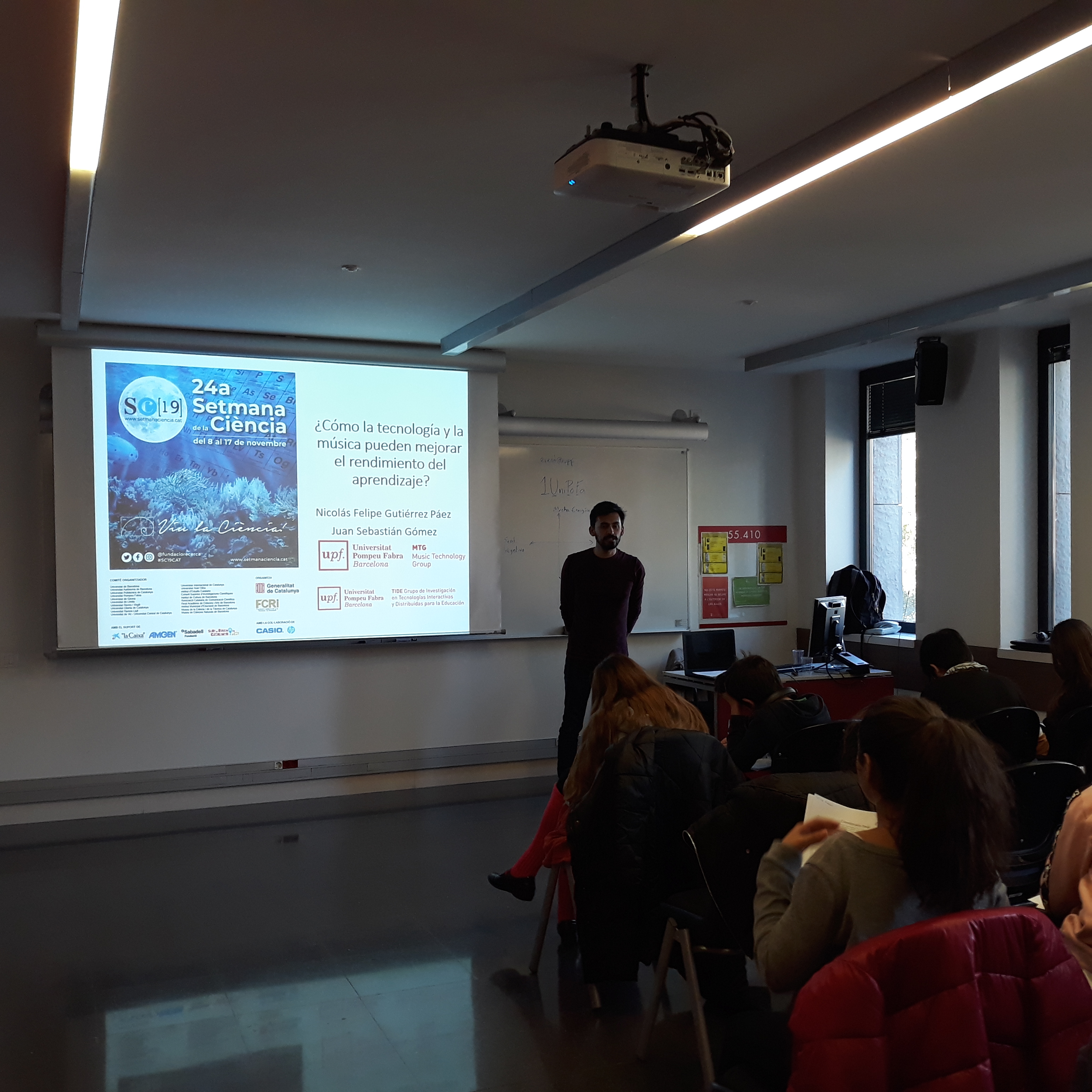 On Friday, November 15th, more than 40 youngers participated in a workshop that touched them closely: Benefits and disadvantages of likes. In this workshop, we talked about the way social networks work, the benefits and risks that arise from it, and reflected on the culture of celebrities and body image. The first part of the workshop was carried out by Judit Martínez Moreno in the context of the Courage project. As a novelty, the second part of the workshop was organized in collaboration with Joana Aziz, member of the CRITICC research group with input from Roberto Sanchez and Priscila Alvarez, developed in the context of the project SOMA. 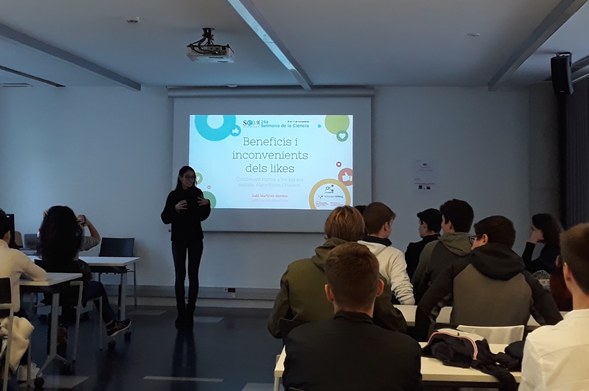 In the image, Judit Martinez starting with the workshop "Benefits and risks of likes".