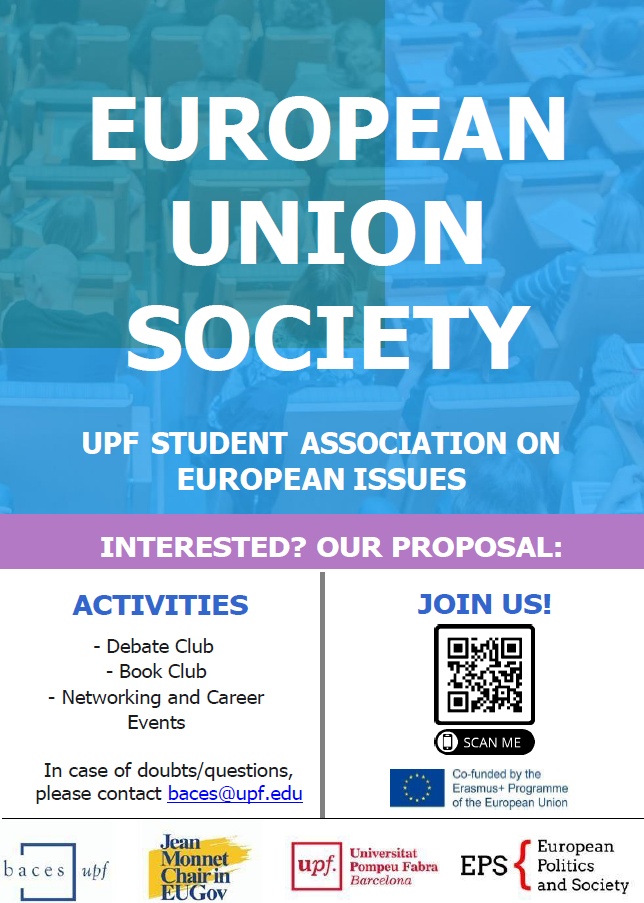 What is the European Union Society?

The European Union Society is a plural, democratic and non-partisan organization, open to the entire university community. Its founding values are the respect for human dignity, liberty, democracy, equality freedom, democracy, equality, the rule of law and respect for human rights, including the rights of persons belonging to minorities. The association will promote its aims within the principles of pluralism the principles of pluralism, non-discrimination, tolerance, justice, solidarity and gender equality.

What are the objectives of the European Union Society?

The aims of the association are the following ones:

What activities does the European Union Society organize?

a) Reading clubs.
b) Debate clubs.
c) Various events such as colloquiums, round tables, conferences, among others.
d) Networking and professional events.
e) Other activities agreed by the association.

How can I join?