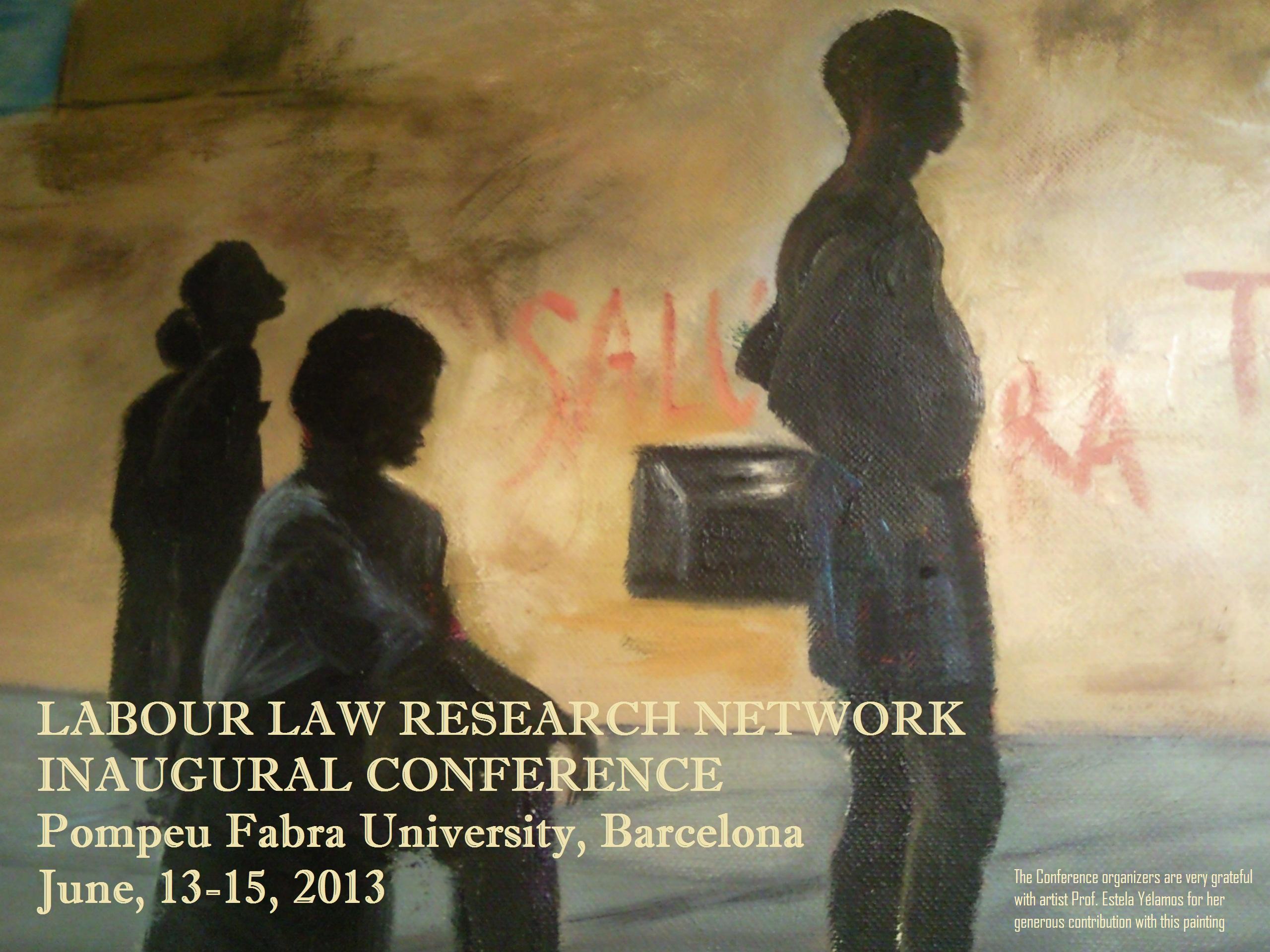 The Labour Law Research Network (LLRN) was established in 2011 by 30 research centres from all over the world dedicated to the study of labour law. One of the objectives of the LLRN is to hold regular international conferences that will be entirely academic (dedicated to the presentation and discussion of original papers); entirely about labour law (broadly conceived); and will allow cutting-edge topics to surface from the participating scholars themselves, in a non-hierarchical way.

The idea is that each conference will be organized by a different research centre. We are delighted to announce that the inaugural LLRN conference, to be held on June 13-15, 2013, will be organized by the Consolidated Research Group in Labour and Social Security Law (greDTiSS) at the Pompeu Fabra University in Barcelona.

The conference is intended for labour law academics. Labour law scholars are welcome to register and attend 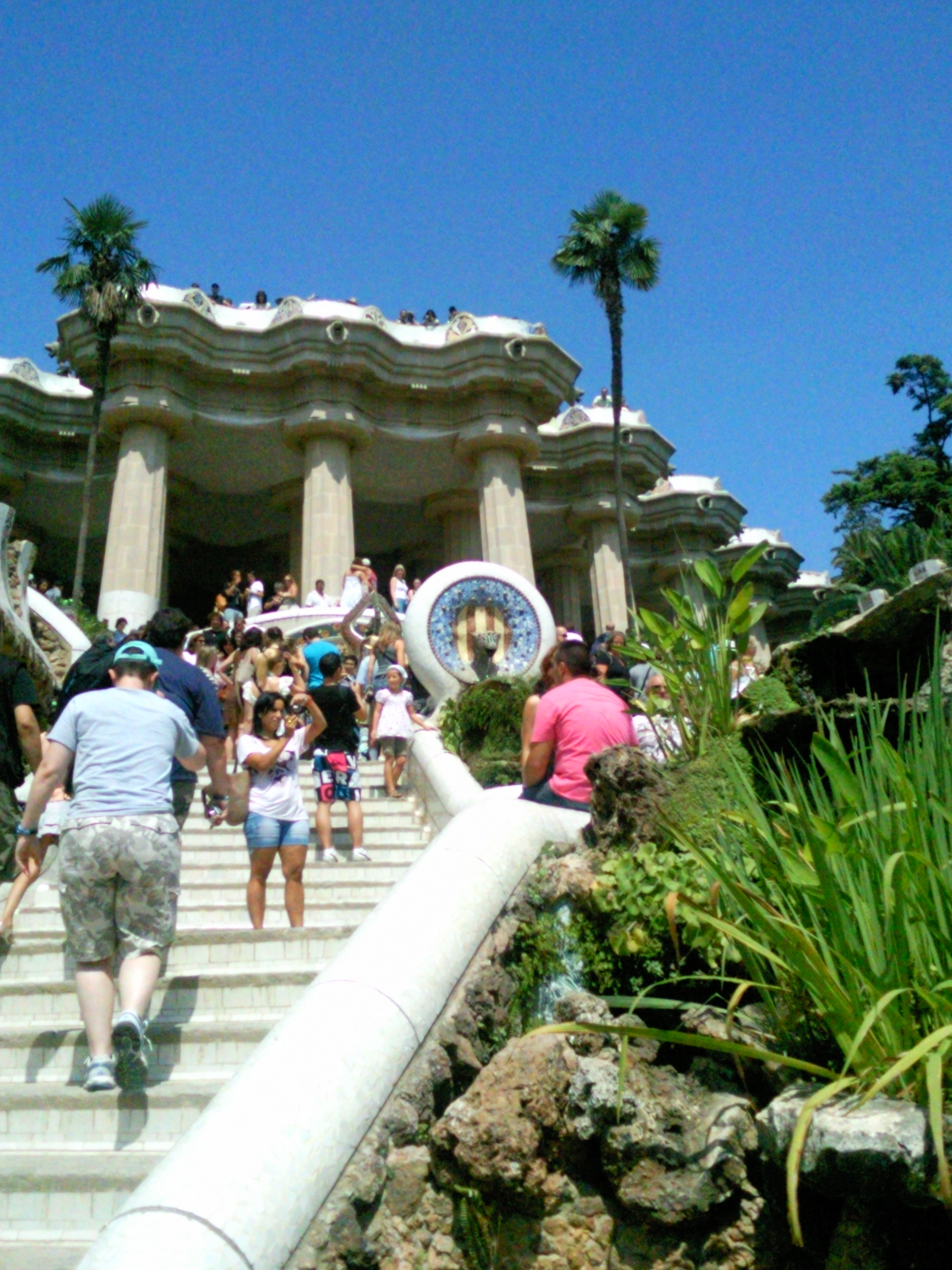 Barcelona is one of the world's leading tourist destinations, a city with exciting and diverse historic, architectural and cultural attractions, ranging from the Romanesque art museum to the modernist masterwork of Gaudí. The city is nestled between the Mediterranean Sea and the mountainous landscape of the Pyrenees. In mid-June the weather in Barcelona is very pleasant (an average of 20-23 degrees Celsius) and sunny.

You can find more information about the city, the most interesting places to visit and other important information in these websites: 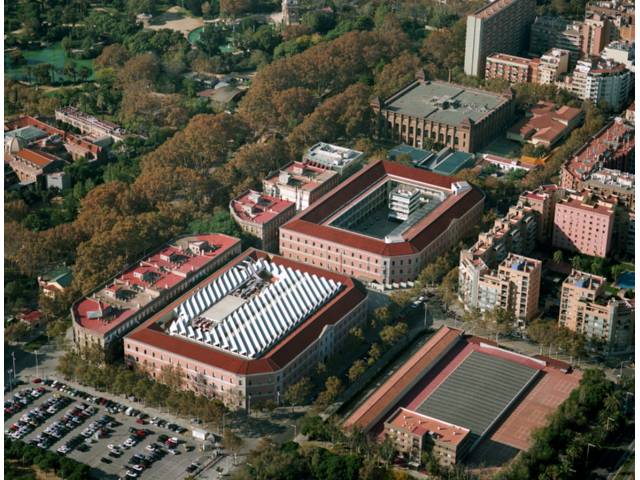 The conference itself will be held at Pompeu Fabra University, which is widely considered to be one of the best Universities in Spain and in Europe. According to the European Union's Innovation Union Competitiveness Report (2011), UPF is the fifth university in Spain in terms of the number of grants obtained for projects within the 7th European Commission Framework Programme, and the second in terms of participation in FP7 competitive projects.

It will take place on June 13 to 15, 2013 at the Ciutadella Campus of the University, at the Roger de Llúria building that together with the Jaume I building were originally constructed and used as military barracks. The Ciutadella barracks were conceived on the basis of fixed modules, with quite elongated rectangular-shaped wings for the ground floor and a further two storeys, with a pitched roof, set around a porticoed rectangular patio. Over a century ago, the Ciutadella barracks introduced the characteristic shapes of the central Eixample urban extension in a suburban landscape.

The renovation works on the Roger de Llúria building began in 1997. It was inaugurated in the year 2000, and initially, Law studies moved here. The Jaume I and Roger de Llúria buildings currently host faculties of Humanities and Social Sciences. The Ciutadella Campus is conveniently located close to the city centre and there are different public transport to get there:

A few background words on Barcelona:  Visitors will encounter street signs, place names etc. both in Catalan and in Spanish -- but most often in Catalan.   We will be using both languages in what follows -- sometimes listing one in parentheses.  Taxi drivers can be expected to understand both languages.  The two languages are close to one another but not identical.

Also by way of background:  Simplifying greatly, the city is divided into three large areas:  Lower Barcelona which is mostly fairly old and in some places very old; the mid-town "Eixemple" (Ensanche in Spanish) area which is made up of a grid of straight streets, almost all of them tree-lined and cut off at the corners in an unusual way you will see; and Barcelona above the Eixemple which has somewhat irregular blocks and a wide variety of neighborhoods and architectural styles.   This final third of Barcelona includes pockets which are much older than the rest of what surrounds them because they constitute pre-existing towns which were swallowed up by Barcelona as it grew.  And we should also mention that this upper part of the city extends up several hills and then up the lower slopes of Tibidabo Mountain in back of the city.  Lower Barcelona, on the other hand goes down to the sea so the city has both beaches and mountains.

Now for some places to see and eat:  Gaudi, the great Catalan Art Nouveau architect designed a number of structures for which the city is famous.  Most famous is the Sagrada Familia Church which is still being completed nearly a century after his death.  It has cathedral like proportions.  Its completion is quite controversial because Gaudi improvised as he worked.  In a sense his work cannot be done in his absence.

We especially recommend the following three Gaudi highlights:  On the Passeig de Gracia (the Fifth avenue-like street in the Eixemple, called Paseo de Gracia in Spanish), there are two Gaudi apartment buildings.  Both are fabulous.  Both charge admission and are "Must-sees".  The larger of the two, "La Pedrera" also called "Casa Mila" has an extraordinary roof with extremely imaginative chimneys.  You have to go up to the roof to wander around.  There is also a museum of Gaudi's work and a model apartment on display.  There is a gift shop on the ground floor.  On the same street is the Casa Batlló, also by Gaudi.  Another must-see!

And up in the foothills of Tibidabo Mountain is Gaudi's Guell Park which is also extraordinary.  It was to be a wealthy development with private homes above the city but they only built three or four houses.  The common park area was built and it remains.  It is VERY imaginative.   A bit of background on Gaudi:  He was a Catalan nationalist and  a devout Catholic.  The popular patron saint of Catalonia is Saint George -- famous for slaying the dragon.  But at the entrance to the park you will see two smiling dragons -- one of them with the Catalan coat of arms in the background -- but no Saint George.  Gaudi's architecture is all about turning around and inverting our relationship with natural forces and forms.  He celebrates the energy and irregularity of nature.  You will see a lot of this in his work.  If you wander up the hill in the Guell Park you will also get a great view of the city.

As for museums we can recommend several:  the Museum of the History of the City, behind the Cathedral in the Gothic Quarter -- and just off the Plaça del Rei -- offers access to the excavations of the Roman settlement.  Alongside are the steps where Ferdinand and Isabel welcomed Columbus after his return from the New World.

The Cathedral itself is attractive.  Two other Gothic Churches worth seeing are Santa Maria del Mar just off Argenteria and the Passeig del Born, and Santa Maria del Pi just off the Ramblas.

Other museums to see are:  The Picasso museum on Carrer Montcada, the Fundació Miró on Montjuich, the MACBA (contemporary art) in the Rabal section of lower Barcelona and the Museum of the Art of Catalonia on Montjuich.  This last museum, on Montjuich, has two wings -- one of them Romanesque and the other Gothic.  The one which is worth visiting is the Romaesque art wing.  It houses original frescoes from small churches in the Pyreneees from the Xth through the XIIIth centuries.  Very few people go but it is a very unusual museum.  Highly recommended!

One of Barcelona's greatest attractions is the Ramblas, a street which has a pedestrrian promenade in the middle and two lanes of traffic on either side.  It extends from the central Plaça Catalunya down to the water.  It is a great sight to see!  And about half way down is the Mercat de la Boqueria which is a very beautiful food market.  Not to be missed.

Then there is the beach and the port areas.  A lot to keep you busy!!   If you want top take day trips from Barcelona the following are worthwhile:  the monastery of Montserrat which is set against a very beautiful rocky mountain, the Roman and Greek ruins at Empuries (Ampurias in Spanish) about an hour and a half up the coast from Barcelona  and the Pyrenees.  Also, there is a Dali Museum at Figueres which can be reached by train or car.

As for restaurants the following are quite good: