"Narrative, Discourse and the Interplay between the Personal and the Public", a càrrec de Mona Baker, de la University of Manchester. 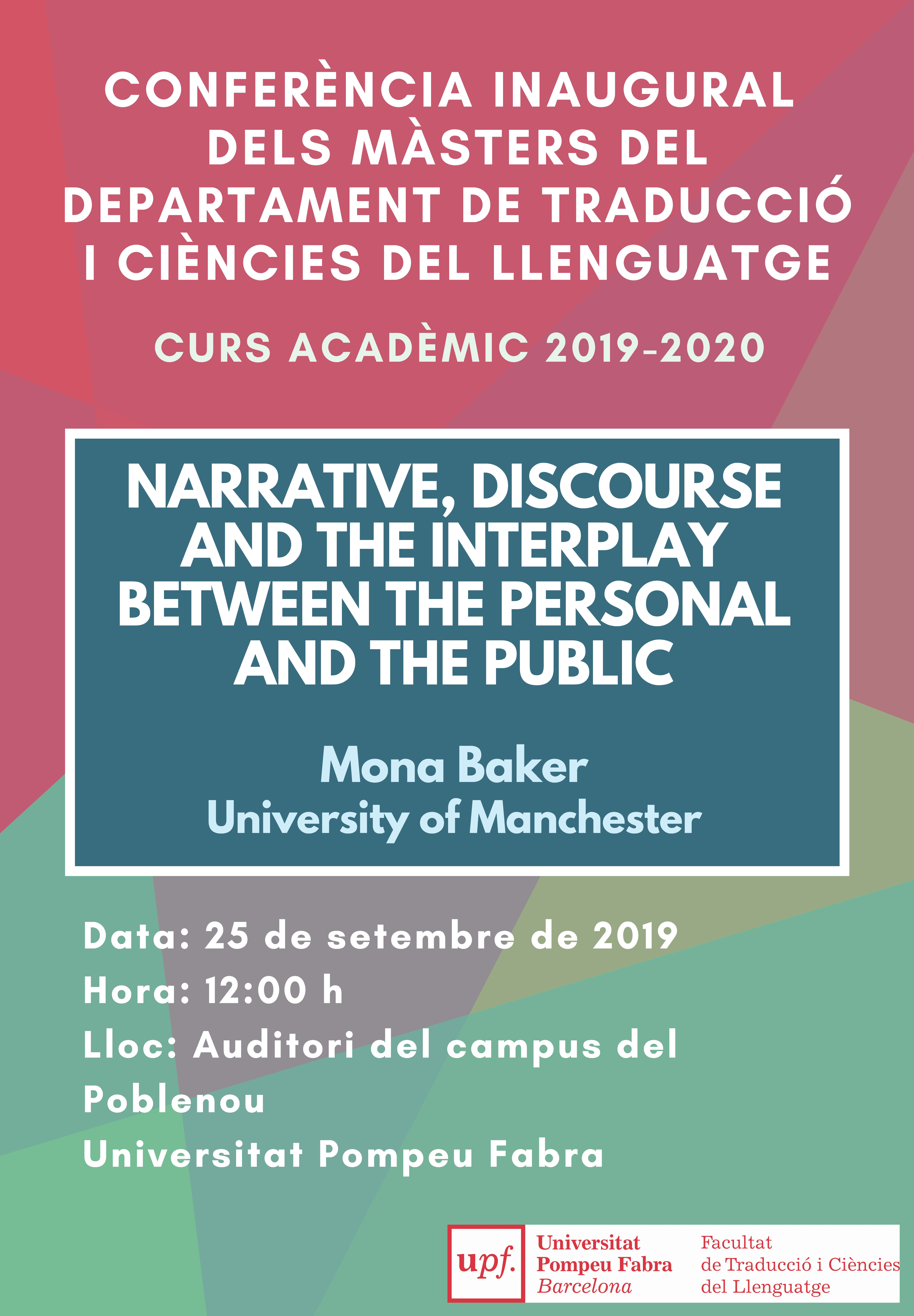 This presentation will explore some of the main differences between the concept of narrative, as defined and applied in what has come to be known as the ‘socio-narrative’ approach to studying translation and interpreting (Harding 2012), and the concept of discourse, as understood and applied in Critical Discourse Analysis. Acknowledging the diversity of definitions and interpretations of both concepts in the literature, I will nevertheless argue that however defined, narrative always has the advantage of paying attention to the detail of everyday life, of individual dilemmas, personal suffering, fear, joy, apprehension – the kind of detail that appeals to our common humanity and therefore opens up a space for empathy and for resistance. This attention to the personal makes narrative theory particularly attractive to scholars interested in investigating questions of power and resistance in translation. Examples will be offered to demonstrate some of the ways in which the personal and the public have been shown to intertwine in research on translation and interpreting that has drawn on narrative theory, and some of the ways in which the interplay between them can be investigated further in future research.