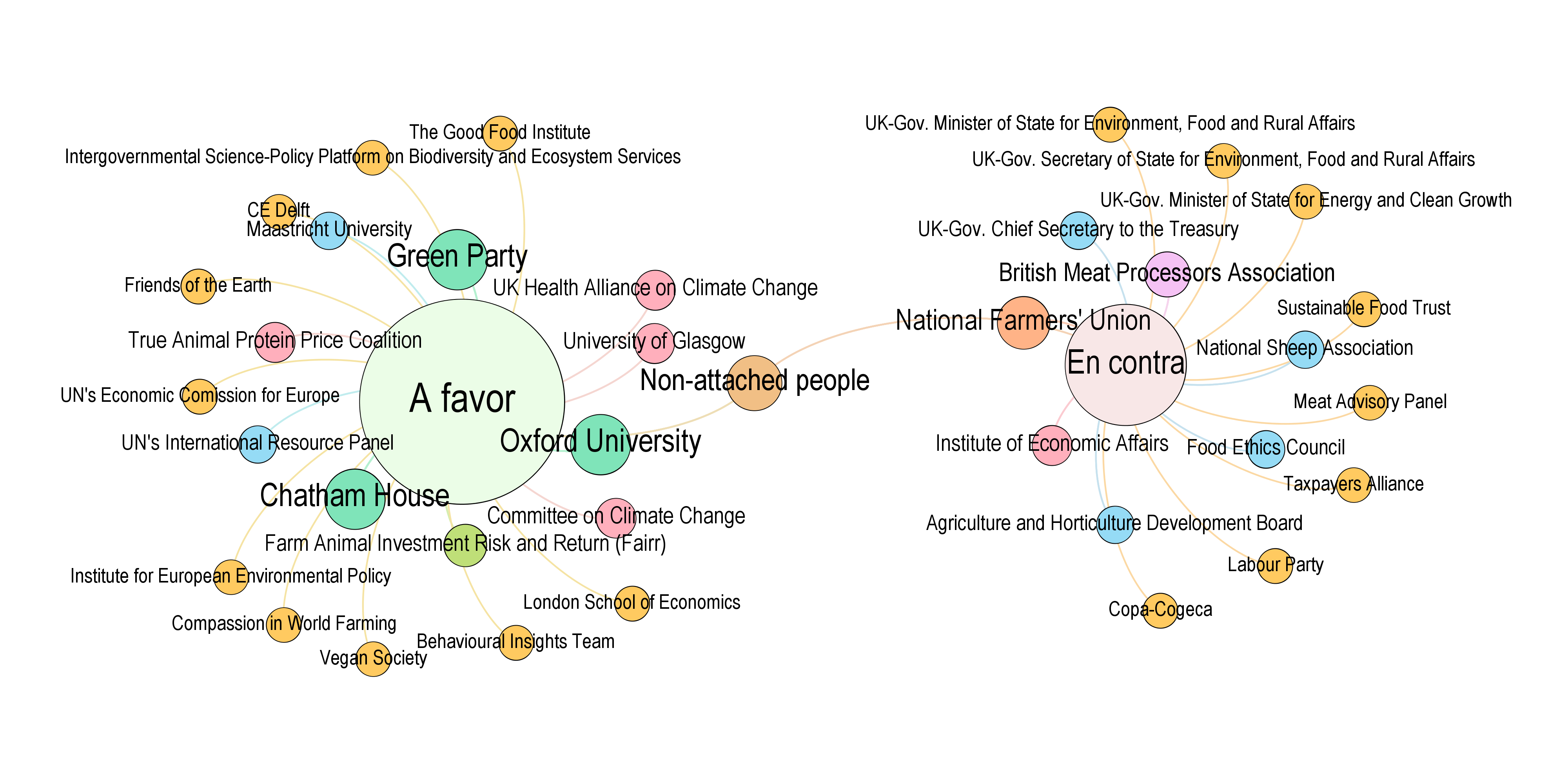 This article analyzes the debate on the meat tax that has arisen in the United Kingdom. The method used is the discursive network analysis (DNA), which allows an approach to the stakeholders as represented by the press. Thus, through the analysis of different British newspapers, a network of stakeholders in favor and against the meat tax to face the climate crisis has been woven. This analysis is complemented by qualitative comments on the discourse against climate action by think tanks such as the Institute of Economic Affairs (UK) or the Juan de Mariana Institute (Spain) on the meat tax. In conclusion, the chapter argues that there was a false debate about the meat tax in the UK, with those in favor providing scientific evidence and those against it being driven by economic interests and neoliberal anti-tax positions.