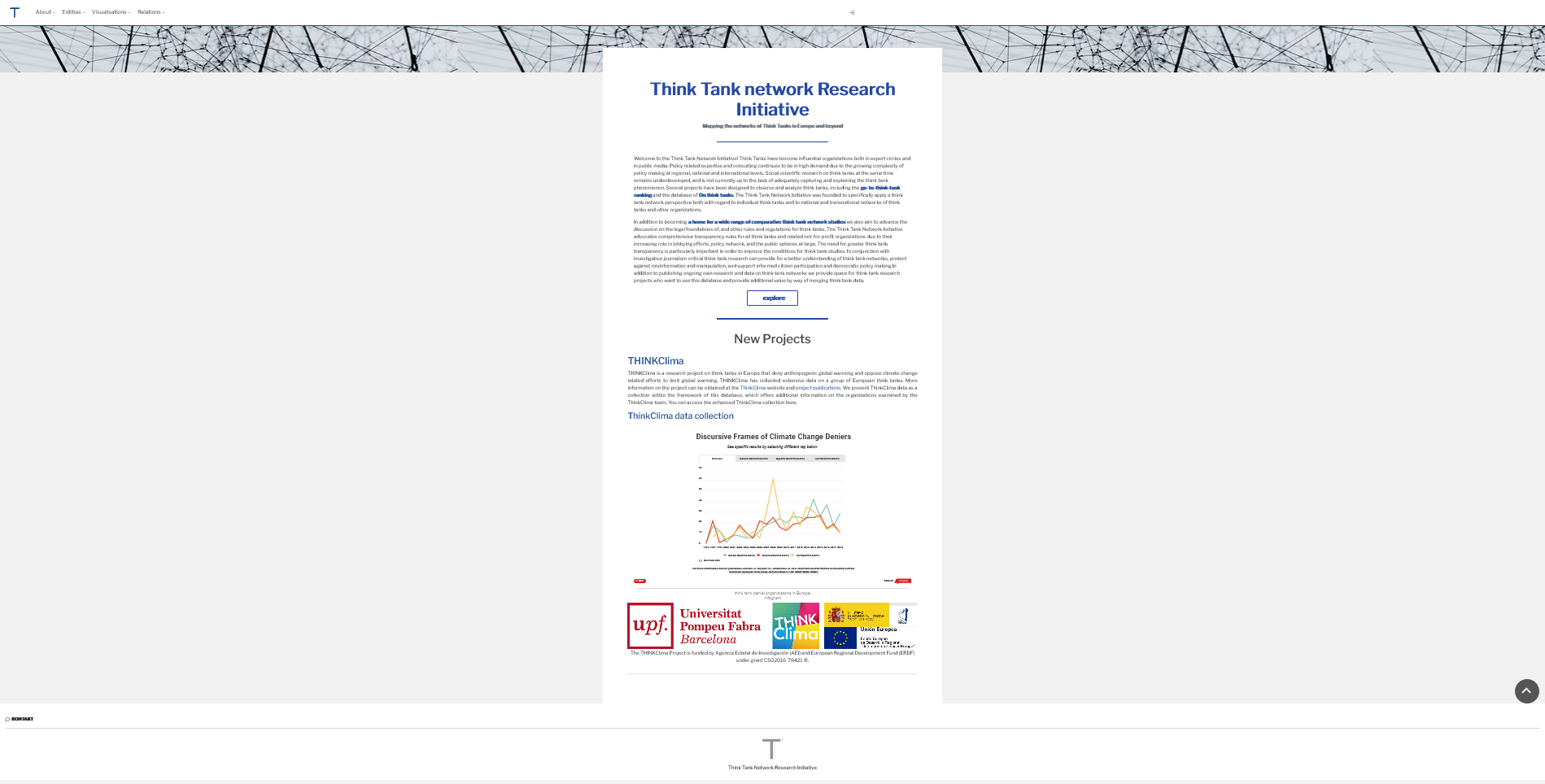 The Think Tank Network Research Initiative (TTNRI), in collaboration with the THINKClima research project, has developed a joint database with information on European think tanks that spread climate change denialist discourses, its individuals and links. This database combines data collected by members of the THINKClima project and previous data from the TTNRI.

This database aims to make the research carried out in the THINKClima project accessible and to disseminate the information collected, while establishing synergies with research groups in the same line such as TTNRI.

The TTNRI studies the political influence of think tanks and how they increase their power by forming networks. Since its foundation in 2010, the think tank network initiative has continuously collected data on think tanks and think tank networks worldwide. This initiative is driven by research fellows at the Center for Civil Society Research at the Berlin Social Science Center Dr. Dieter Plehwe and Moritz Neujeffski, and the independent researcher and backend-developer Werner Krämer.