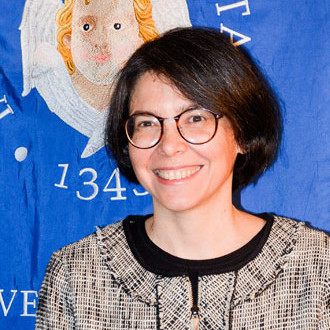 Marcella Aglietti (PhD in Modern and Contemporary History, in Pisa) is a Full Professor in History of Political Institution at the Department of Political Sciences at the University of Pisa.

Her major interests are in the comparative history of political institutions, with a special focus on ruling class, government practices and cultural debate about representative activities, history of citizenship, especially in Spain and Italy during XVIII and XIX centuries. She collaborates regularly with international Universities and Research Institutions and, mostly, in Italy, Spain and France. She is a corresponding Member of the Real Academia de la Historia of Madrid. 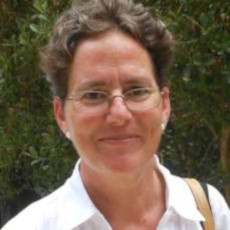 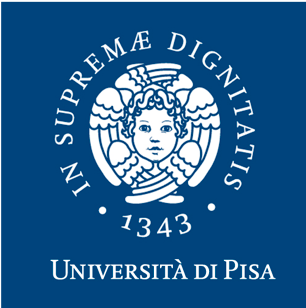 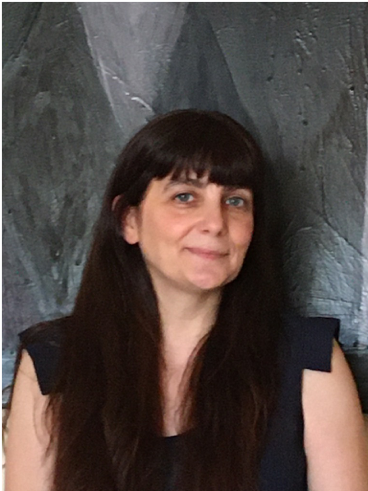 Maria Betlem Castellà i Pujols holds a PhD in History from the Autonomous University of Barcelona and the University of Paris 1 Panthéon-Sorbonne, with a thesis on ‘Revolution, power and information. The control of information in the parliamentary assemblies during the French Revolution (1789–95)’, under the direction of Lluís Roura i Aulinas and Jean-Clément Martin, defended in Bellaterra on November 28, 2008 and with Extraordinary Doctorate Award. Her main research interests focus on the French revolutionary process and more speciﬁcally, the committees and the commissions of the French parliamentary assemblies during the ﬁrst years of the French Revolution, as well as the maintenance of public order and the management of correspondence and petitions in the parliamentary sphere.

Throughout her academic career she has received numerous predoctoral fellowships (FPU-Mineco, MAEC-AECI, “la Caixa” Foundation and BE-AGAUR) and postdoctoral fellowships (Beatriu de Pinós - Modality A, Marie Curie Fellowship - Beatriu de Pinós - Modality B, Fundación “Caja Madrid” and Alianza 4 Universidades, the latter two were refused due to incompatibility with another fellowship). She has carried out her research within the framework of the Autonomous University of Barcelona, ​​the Université Paris 1 - Panthéon Sorbonne, the University of Senshu (Tokyo - Japan), the Université Paris - Sorbonne (Paris-IV) and the Pompeu Fabra University (Barcelona). She has published more than forty scientific papers, given fifty conferences in Europe, the United States and Japan, and has led ten international workshops and conferences in Spain, France, Italy, and Andorra. She is a postdoctoral researcher at Pompeu Fabra University, teacher of Modern History at the Department of Humanities at UPF, coordinator of the Permanent Seminar of the GEICP (Study Group on Institutions and Political Cultures, XVI-XXI centuries), member of the editorial board of the journal Manuscrits. Revista d’Història Moderna and founder and coordinator of the international research network CommiNet. Committees and Commissions Research Network. 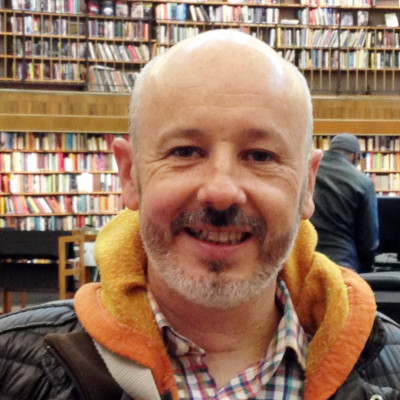 Josep Capdeferro (Girona, Spain, 1973) is a Legal Historian specialized in the Early Modern History of Catalonia. He is an associate professor at the Law School at the Pompeu Fabra University in Barcelona. His research mainly deals with jurists and legal culture, parliamentary and representative institutions ─ Cortes, Diputació del General, local governments, Tribunal de Contrafaccions─, rule of law and compliance, inspection of public officials, administration of justice, preliberal conceptions of citizenship, (in)tolerance towards minorities, guilds, women and daily life. With Eva Serra, in 2014 and 2015 he published three books on the singular Tribunal de Contrafaccions of Catalonia (1702-1713). 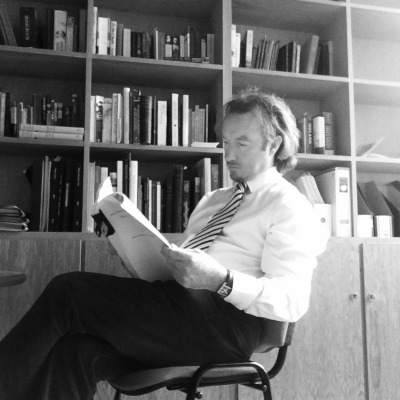 Coleman A. Dennehy is a Humanities Institute (UCD) research associate and a former IRC Marie Skłodowska-Curie fellow, having previously taught history at University College London and law at the University of Vienna. Trained as both a historian and a criminologist, he has a PhD and two masters degrees. He is a councillor of the Irish Legal History Society, 2nd secretary-general of the International Commission for the History of Representative & Parliamentary Institutions, and an editor of Parlements, états et représentation.

In addition to many articles and chapters, he published a number of edited collections and a monograph, Restoration Ireland: Always settling and never settled (2008), The Irish parliament, 1613–89: The evolution of colonial institution (Manchester, 2019), Law and revolution in seventeenth-century Ireland (Dublin, 2020), and (with Robin Eagles), Henry Bennet, earl of Arlington and his World: Restoration court, politics and diplomacy (New York, 2020). In the near future, he will publish (with Patrick Little) the six-volume diary of Richard Boyle, earl of Burlington, with the Irish Manuscripts Commission, as well as a history of crime and punishment in early modern Ireland with Bloomsbury Press. 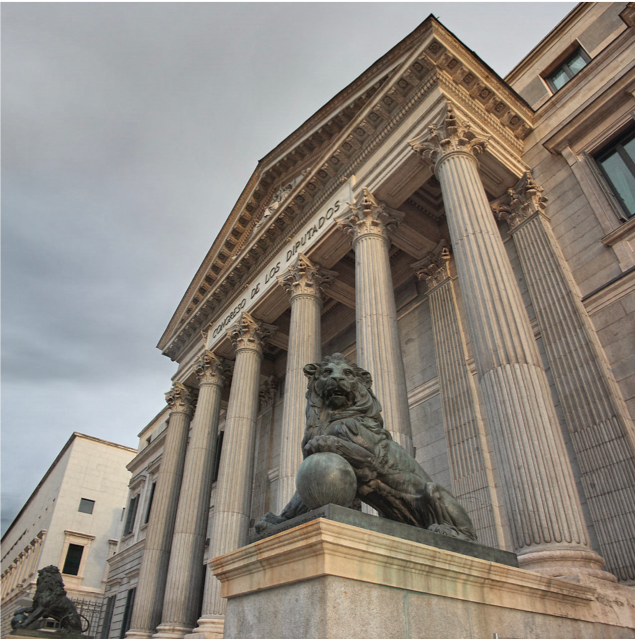 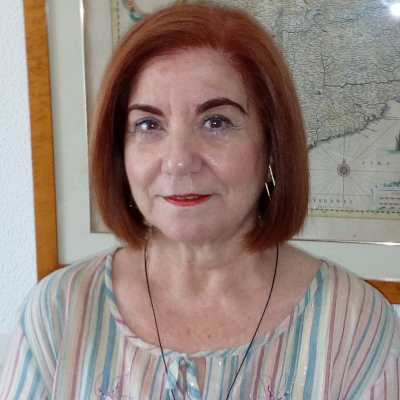 Núria Florensa i Soler (Barcelona, 1954), has a PHD in Modern History from the University of Barcelona (1993) and is a Professor of Social Sciences at different Secondary Schools in Barcelona. Author of several publications: books, papers and contributions to conferences. Her lines of research are in the Hispanic Empire in the field of institutions, political, social and military work of the seventeenth century. She has collaborated in study groups on topics focused on her research. As Master Fontana taught,  rigorous history should reach and be disseminated throughout as many levels of Education as possible, and this is what she has tried to do over the years. 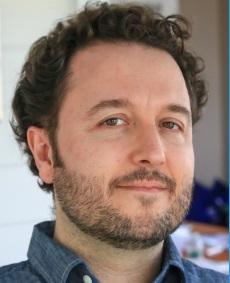 Head of Service at the Jean Monnet House (European Parliament)

Martí Grau i Segú is Head of Service at the Jean Monnet House (European Parliament) in Bazoches-sur-Guyonne. After graduating both in History and Political Science at the Autonomous University of Barcelona, he pursued postgraduate studies at the Johns Hopkins University (SAIS Bologna centre diploma), and at Pompeu Fabra University (MA in International Studies). He obtained his PhD at Pompeu Fabra Universtity with a dissertation on Historical narrative and the building of the Euro-Mediterranean area. He has taught at the Autonomous University of Barcelona and, as a Visiting Professor, at Indiana University. He has worked at the European Institute for the Mediterranean in Barcelona, and has been member of the House of European History team since the first steps of the project in 2011. He was also member of the committee of experts for the renovation of the Memorial d’Alsace-Lorraine in Schirmeck (France). In 2008-2009, Grau was Member of the European Parliament, working in the Internal Market and the Foreign Affairs committees, as well in the delegations for the relations for Japan, Canada, the South Caucasus countries and the Euro-Mediterranean Parliamentary Assembly. 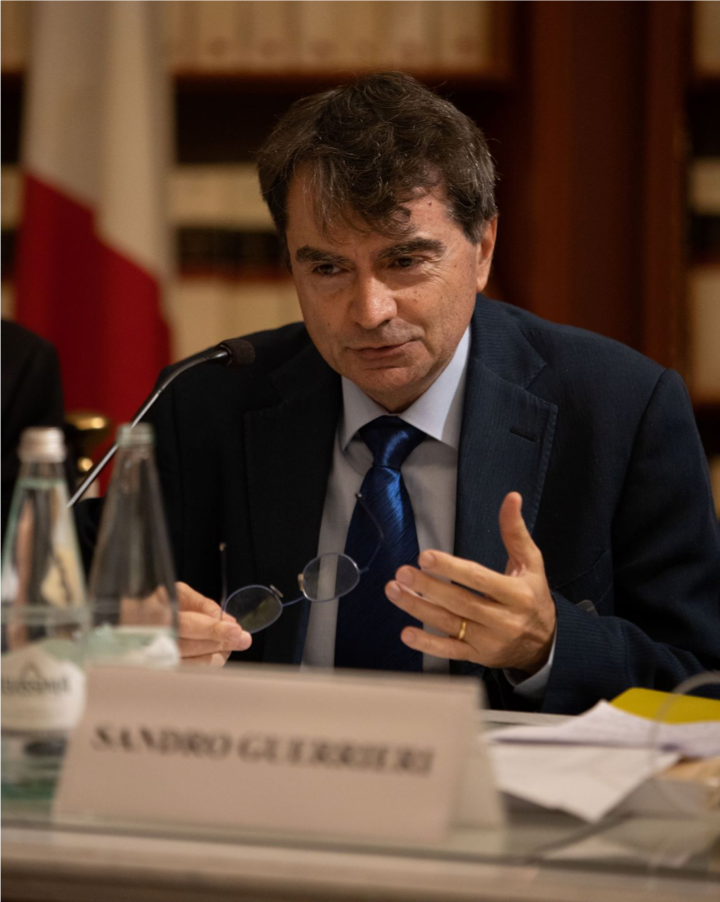 Sandro Guerrieri is Full Professor of History of Political Institutions at the Department of Political Sciences, Sapienza University of Rome.

He is member of the Direction of the International Commission for the History of Representative and Parliamentary Institutions (ICHRPI), of the Direction of the Società per gli studi di Storia delle istituzioni, of the Direction of the Associazione universitaria di Studi europei, of the Editorial Board of the Journal "Parliaments, Estates and Representation", of the Scientific Committee of the Journal "Le Carte e la Storia", and of the Scientific Committee of the Journal "Nomos. Le attualità nel diritto". He is also “correspondant étranger” of the Journal Parlement[s]. Revue d'histoire politique", published by the Comité d'Histoire Parlementaire et Politique. His main research areas are the history of twentieth-century French political institutions, the constitutional history of the Italian Republic, and the institutional history of the European Union, and especially of the European Parliament. His more recent publications include: Costituzioni allo specchio. La rinascita democratica in Francia e in Italia dopo la liberazione, Bologna, Il Mulino, 2021; La scrittura delle Costituzioni. Il secondo dopoguerra in un quadro mondiale (ed., with F. Bonini), Bologna, Il Mulino, 2020; La Costituente italiana. Un percorso europeo (ed., with F. Bonini, V. Capperucci and P. Carlucci), Siena, Edizione Università per Stranieri di Siena, 2020; Un Parlamento oltre le nazioni. L’Assemblea Comune della CECA e le sfide dell’integrazione europea (1952-1958), Bologna, Il Mulino, 2016. 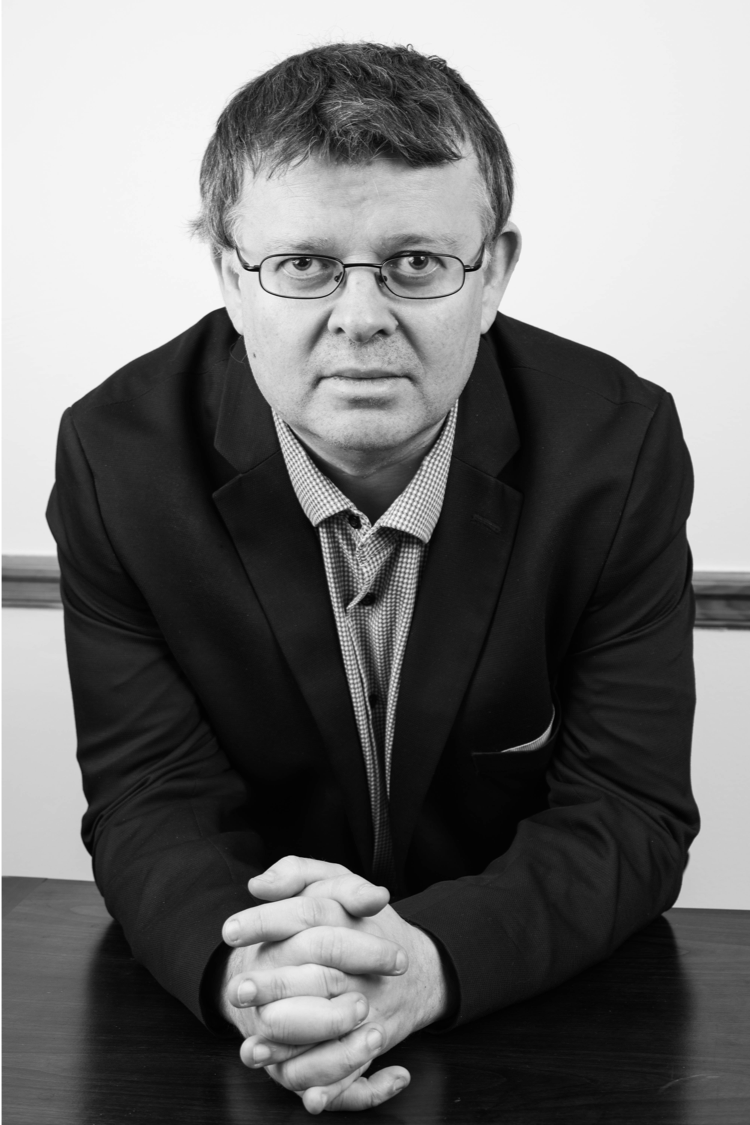 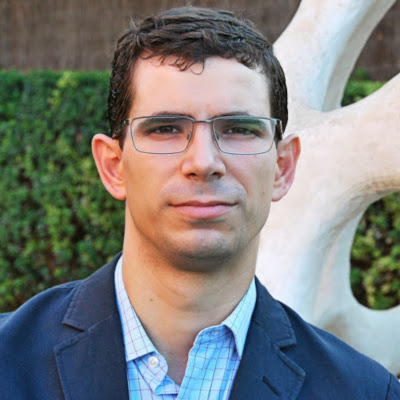 Eduard Martí has a PHD in History from the Pompeu Fabra University (2008) and teaches at the International University of Catalonia. His lines of research are in the history of Catalan and European institutions in the seventeenth and eighteenth centuries and the nobility in the modern ages, topics on which he has published numerous articles and book chapters. He is the author of several books and articles; among them we can underline La Conferencia de los Comunes (1697-1714), Fundació Ernest Lluch, 2008; La classe dirigent catalana, Pagés editors, 2009; “Las novenas de la Diputación de Cataluña en la segunda mitad del siglo XVII” in Betlem Castellà (ed.) Poders a l'ombra, Parlament de Catalunya, 2014 and El Braç Militar de Catalunya, 1602-1714, University of Valencia, 2016. 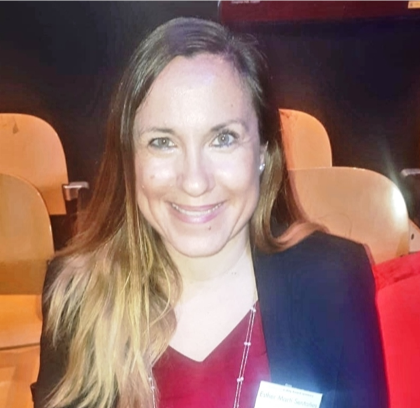 Esther Martí has a PHD in History from the Universtity of Lleida and is a researcher at the Istituto di Storia dell’Europa Mediterranea del Consiglio Nazionale delle Ricerche (CNR- ISEM), Italy. Her field of research is the Parliamentary history of the Crown of Aragon in the late Middle Ages and its relationships with the urban world. She has also studied the Identity, Memory and Culture of territories of the Crown of Aragon. She is the author of several books, book chapters and articles, among them we can underline Lleida a les corts. Els síndics municipals a l’època d’Alfons el Magnànim (2006), Josep Lladonosa de història dels països catalans Award. Winner of the Science-me a Story Award: Contest of short scientific stories for children (Manchester, 2018). She also collaborates on various international projects and she has presented the results of her research at several scientific meetings in Spain, France, Italy, United Kingdom, Andorra, Argentina and Egypt. 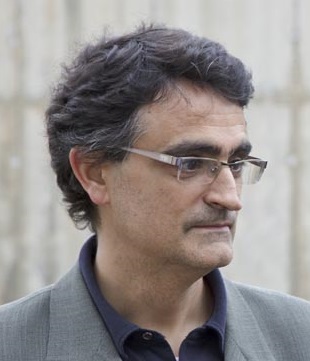 Miquel Pérez Latre has a PhD in History from the IHJVV (Institut Universitari d'Història Jaume Vicens i Vives) at the Pompeu Fabra University (2001). His doctoral thesis was awarded with the First Joan Reglà Prize for Modern History by the Institute for Catalan Studies (Institut d'Estudis Catalans) (2002). He has focused his research on the study of Catalan institutions from the 16th to 18th centuries: he is a member of the Study Group on Institutions and Political cultures (XVI-XXI centuries) and member of the Edition Committee of the Catalan Legal Texts (Textos Jurídics Catalans, Departament de Justícia, Generalitat de Catalunya), where he leads the group that has been working on the publication of the proceedings of Catalan Parliament in the Modern Age for over 25 years. He was recognised by the AQU (Agència per a la Qualitat del Sistema Universitari de Catalunya) as a qualified researcher in 2006. He has been an associate teacher at several universities, teaching history, including on the master's degree in archival studies at the Escola Superior d'Arxivística i Gestió Documental (ESAGED). Since 2007 he is a member of the Catalan Government body of archivists and works in the National Archive of Catalonia (Arxiu Nacional de Catalunya) 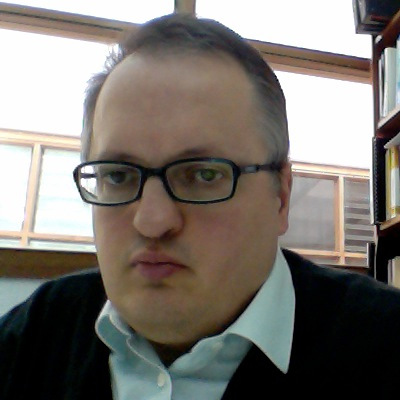 University Professor in the Department of Contemporary History of the UPV/EHU, where he has developed his teaching and research activity since 1989. Degree in Geography and History from the UPV/EHU (1987) and Doctor in Geography and History from the UPV/EHU with an extraordinary prize (1993). He has made stays as a pre-doctoral researcher in Paris (1989 and 1990) and London (1990), as a Visiting Fellow in the European University Institute of Florence (2002) and as a Visiting Professor in the Universtiy of Messina (2017).

His research activity is developed in the consolidated research group “Biography & Parliament”, in the lines of research concerned with the analysis of elites through collective biography and prosopographic analysis, and contemporary Bilbao. In developing this work, he has participated as a researcher in several research projects and contracts, notable amongst which is the Biographical Dictionary of the Spanish MPs (1810-1854), funded by the Spanish Parliament, of which he was executive editor, and he has participated in the elaboration of the resulting publications. Together with this group activity, he has developed individual research on the Democratic Sexennium (1868-1874), the memory of the Francoist repression, and the history of the press. He has also elaborated teaching material and some works on the evaluation of university activity. His career and research have been evaluated positively in sex sexennia, five research sexennia (1989-2018) and one research transfer sexennia (2006-2015). Similarly, he has received the Prize for Research of the Euskoiker Foundation in the area of social sciences and humanities (2007).

In the management field, he was Director of the university evaluation agency UNIBASQ (2009-2011), Vice-Rector of the University (2000-2001) and a member of different academic commissions. At present, he is Director of the Department and Vicepresident of the International Commission for the History of Representative & Parliamentary Institutions, an organization affiliated to the International Committee of Historical Sciences (ICHS).