ReImagine, our novel technology able to offer Medical Image Analysis services to all our clinical and industrial partners. 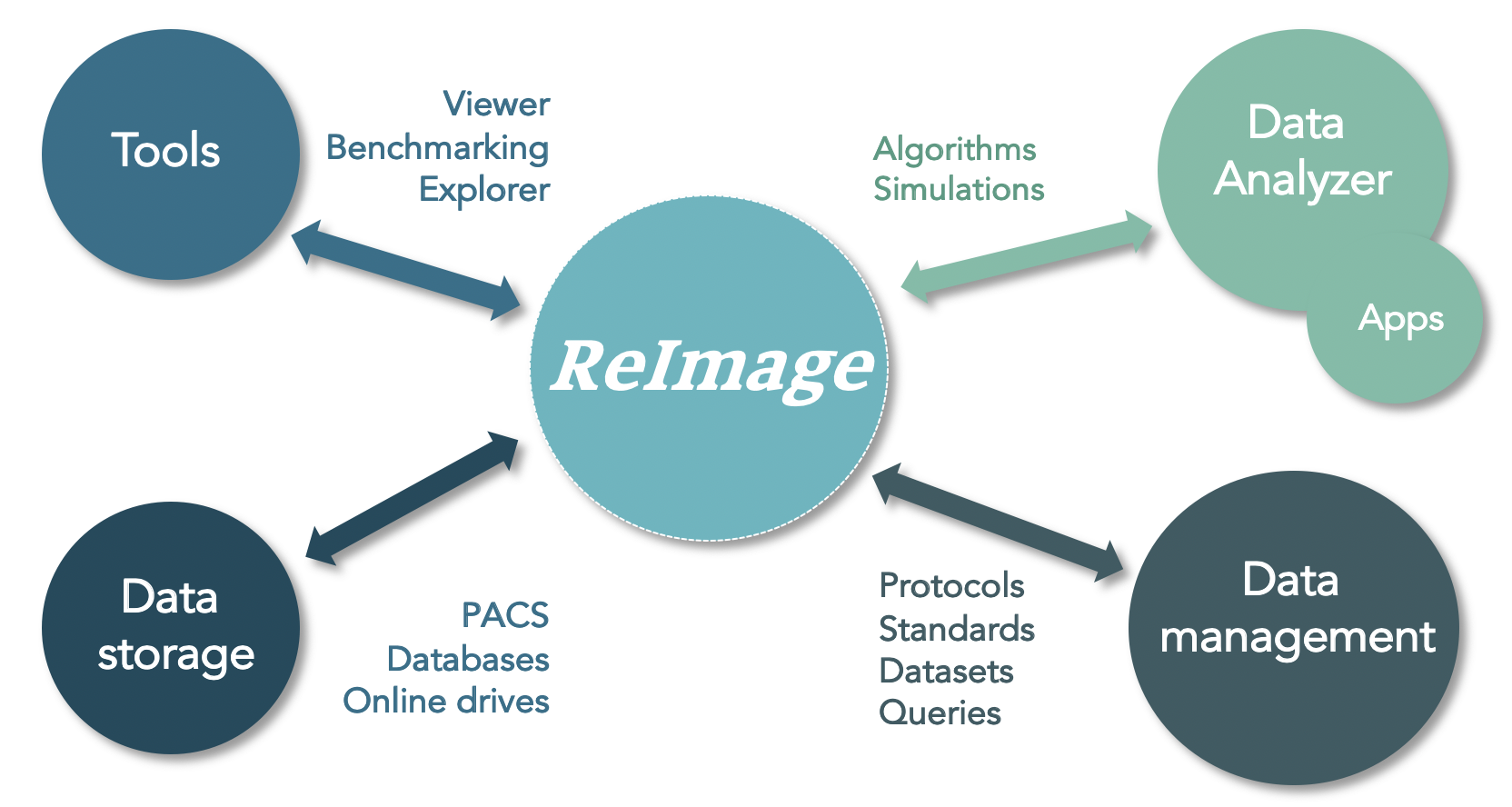 The ReImagine technology provides a platform for researchers and clinicians to collaborative manage clinical data by means of an infrastructure that allows to storage, analyze and visualize patient's data. Among its features, ReImagine highlights its powerful app launcher to compute algorithms of excellence to analyze multimodal data, its flexibility to manage data and its collaborative attribute to share, visualize and access to patient information at anytime, anywhere.

For our clinical partners, ReImagine technology means an easy and efficient way to store, visualize and analyze through the ReImagine apps different types of clinical data -measurements, images, reports.

For our researchers, ReImagine technology translates as a customized platform that allows them to acquire multimodal clinical data by a generalized medical imaging data input, to storage big databases from any kind, to process the data using their algorithms and to visualize the results by a customized user-interface and data visualization. ReImagine apps are product of the cutting-edge research of our members, including algorithms for medical imaging analyzing, machine learning for data processing and clinical decision making, simulations for patient specific diagnostic and treatments, among others. Take a look at our list of apps for further information.

So far we released seven apps, in continuous development and improvement,  that are in use by our partners:

We are in the process of releasing our solution open source: you can find the last code here.

Our state-of-the art solution, is composed of four layers: Deploy, Engine, Compute and Interact plus all the Apps which are used for domain specific solutions. 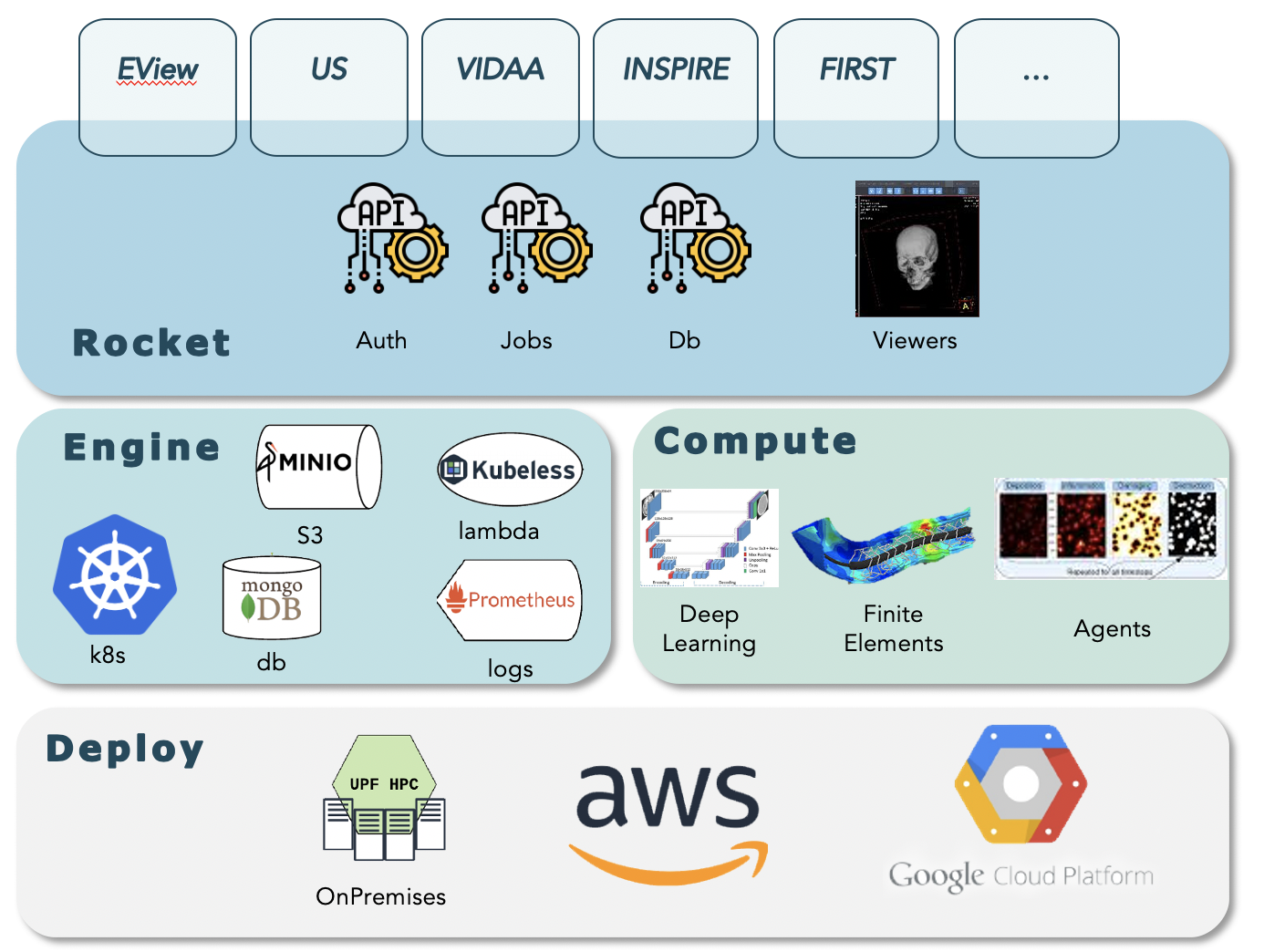 The Deploy layer is responsible for configuring a customized version of the Kubernetes container orchestrator on a cloud service for further processing.  It can work on bare metal for an on premises solution or on major cloud providers such as AWS and Google Compute.

The Compute layer is the core of the platform and hosts all the algorithms that are used by the apps and pools the modes used for Deep Learning, Finite Element Simulations and Agent Based Modeling. Every researcher has the opportunity to upload her algorithm in the compute repository and it will become available through all the system.

Finally the Rocket layer is responsible of the interaction between the apps and holds all the APIs that expose the previous functionalities to the rest of the worls. It performs vital roles such as user authentications, quota management, project and data authorization, data consistency and jobs submission. It also includes a the JS codebase with medical image and mesh viewer functionality.