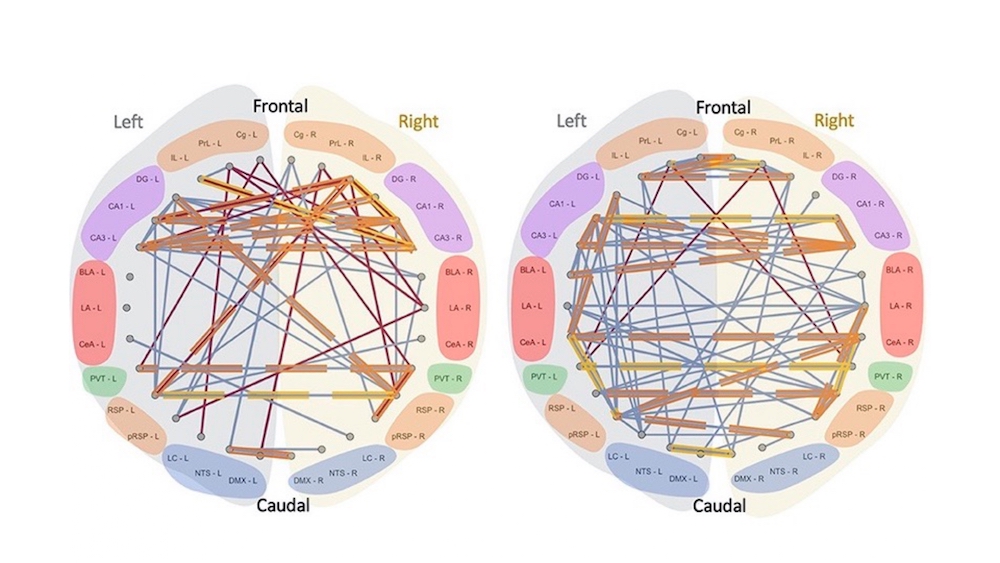 A new study shows the mechanisms whereby non-invasive vagus nerve stimulation in mice improves their memory. Specifically, it shows that electrostimulation changes the way different brain areas interact. This project is the result of collaboration between research groups of the Department of Medicine and Life Sciences (MELIS) and the Department of Information and Communication Technologies (DTIC) at UPF. It has been coordinated by Andrés Ozaita, principal investigator at the Neuropharmacology Laboratory-NeuroPhar, and is published in the journal Frontiers in Cellular Neuroscience.

Brain electrical stimulation techniques are based on the plasticity of the nervous system and have a wide range of potential therapeutic applications. Specifically, stimulation of the vagus nerve is an approved therapy to treat epilepsy or depression that do not respond to drugs, because the branches of this nerve carry information to deregulated areas of the brain in both diseases. Some of the regions like the amygdala, prefrontal cortex and hippocampus, are also important for attention and memory.

For this reason, the technique has also been found to produce a cognitive improvement and its use is being investigated for other applications. Initially, stimulation was done invasively, surgically implanting the device that applies electrical impulses. Subsequently, non-invasive approaches were developed, which stimulate the skin’s surface in areas through which the branches of the nerve pass.

In a previous study, they showed for the first time that electrostimulation in the ear of intellectual disability rodent models leads to a cognitive improvement. They did so using a device applied in an accessible area of the mouse’s ear, which is reached by branches of the vagus nerve.  “The technology to electrically stimulate the branches of the vagus nerve in the ear is simple, practical and safe”, explains Antoni Ivorra, leader of the Biomedical Electronics Research Group (BERG) and professor at the DTIC.

In this new study they have looked for the measurable effects of this type of electrostimulation techniques at the brain level. “We observed that on the one hand electrostimulation in conditions that improve memory does not significantly change brain activity, at least in the thirty areas analysed. However, there is a relevant change in how the different brain areas interact at a functional level”, Andrés Ozaita explains. “We have seen that brain areas that are more involved in processing peripheral information are better connected after electrostimulation to more frontal areas that are involved in memory consolidation”, he adds.

Electrostimulation in conditions that improve memory does not significantly change brain activity, at least in the thirty areas analysed. However, there is a relevant change in how the different brain areas interact at a functional level.

Meanwhile, Cecilia Brambilla-Pisoni, first author of the study, explains: “we have also studied a series of functional networks called Default Mode Networks, which are predominantly connected when the brain is not engaged in an attention-driven task. We focus on this network because these areas are like a signature of brain activity that allows us to compare different brains”.

“Our results provide new insights into the impact of transcutaneous stimulation on brain connectivity, and contribute to determining the potential use of these non-invasive electroceutical neuromodulation techniques in medicine. In future studies we want to understand what other applications non-invasive electrostimulation of the vagus nerve may have, for which we will be interested in its potential anti-inflammatory effects, given that it could be of interest in various brain diseases”, concludes Andrés Ozaita.