The Catalan Government’s School of Public Administration, EAPC, hosted an innovation camp on 23-24 October, titled “The construction of belonging among children of immigrants” (La construcció del sentit de pertinença dels joves fills de families immigrades), within the framework of the European Commission’s Science Meets Parliaments/Science Meets Regions programme, intended to promote the collaboration between scientists and policy-makers. The “camp” consisted of 2 intensive days at the GENCAT’s venue Espai Bital in L’Hospitalet de Llobregat outside of Barcelona. Scholars, policy-makers, representatives of organized civil society, and members of the target group, that is, young people of immigrant descent collaborated in interactive workshops to define concrete policy proposals that the governmental representatives should commit to implement to the extent possible. The camp participants were assigned to participate in one of four groups, organized by the participating departments or agencies within the Catalan Government (Generalitat de Catalunya):

Zenia Hellgren participated in a working group aimed at increasing the participation of immigrant youth in the public and political sphere. She presented the basic principles of the REPCAT project, and, together with Laia Muñoz Bover from the Departament de Polítiques Digitals i Administració Pública and Sonia Valle Vilamitjana from Ajuntament de Terrassa, argued that it is necessary to take actions in order to increase the diversity among the staff within public institutions in order to better represent the population, and to provide young people from diverse backgrounds with role models, which in turn is expected to increase their motivation to participate more actively in society. 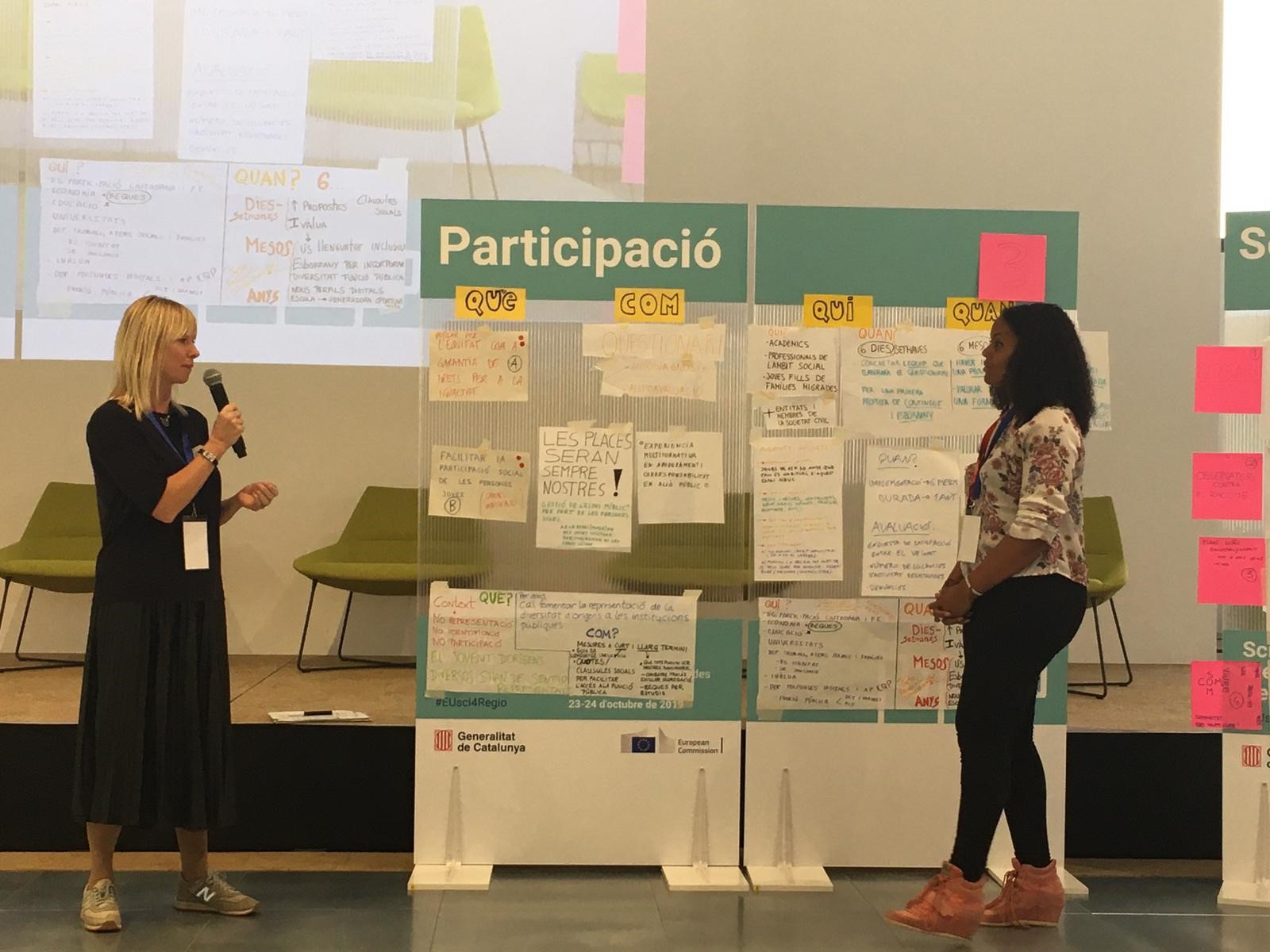