Mediterranean cities have developed through the influence of diverse people and cultures that have arrived to their territories along the centuries. Trade and colonialism nurtured Mediterranean cities in the past. Nowadays, globalization and the growing disparities between richer and poorer countries provoke human mobility with the consequence of placing migration and diversity management at the centre of the cities' political agenda. The duration and the intensity of current human mobility, the frequency of contacts, the variety of cultures, religions, languages and traditions shape these cities and reflect the uniqueness of the Mediterranean.

Current migrations give new shape to urban settings in the Mediterranean region. Mediterranean cities can be considered as laboratories of dialogue.

In this Symposium we aim at opening a wide reflection on how cities can be a focus for promoting a framework of Mediterranean migration flows. The EU-Mediterranean policies have been basically centred on EU-State relations through EU multi-level governance neighbourhood policy programmes.  Cities are potentially more flexible to foster contact, they are politically and socially much closer to people, more pragmatic in diagnosis processes and problem-solving actions. Furthermore, it is easier to connect the city of Oran or Tel Aviv and the city of Roma or Barcelona, rather than Italy, Israel and Algeria. This city-based approach for the promotion of Mediterranean Migration is now contextually justified: on the northern shore of the Mediterranean, cities are becoming new agents and interlocutors within the EU in relation to human mobility challenges, integration policies and diversity management. On the southern shore, it has been widelyaccepted that the so-called 2011 Arab Revolutions have basically been an urban phenomenon and an action taking place in the city public spaces (squares and streets becoming symbols of the revolutions).

The main purpose of this Symposium is to promote a Dialogue on how today cities can foster a new narrative on the Mediterranean, based on common values, concerns, and common frameworks. For instance, today cities are at the centre of a humanitarian and policy narrative of welcoming people escaping from war, based on human rights and understanding the root-causes of these movements.

More information can be found here. 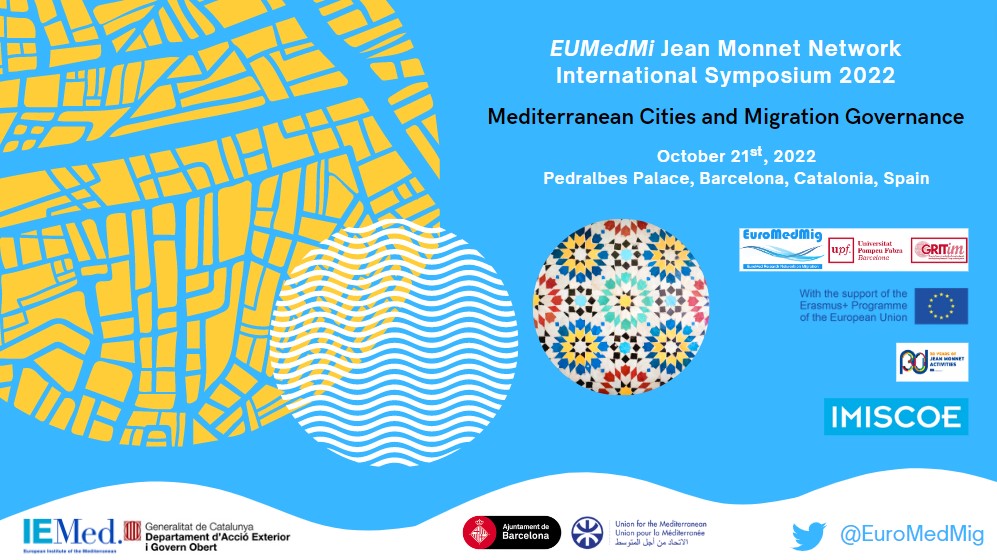