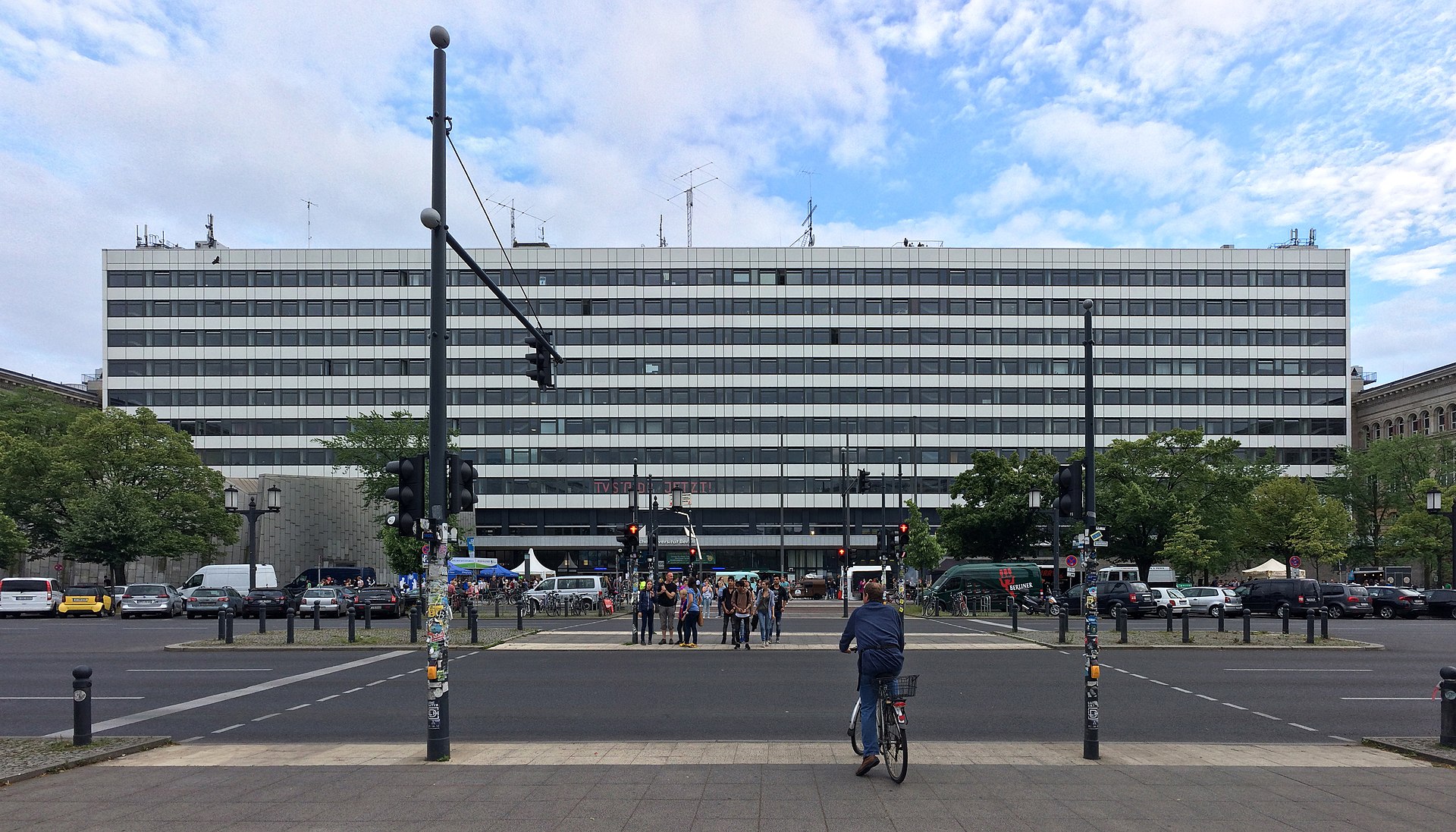 The summer school will be held from June 5 to June 11 at Technische Universität Berlin, Germany.

The general idea of the summer school is the following:

The summer school consists of 5 days of teaching with about 11-12 lectures of 90 minutes by the faculty, about 2-3 experiments, 5 group sessions of 90 minutes each, and a final session in which student groups present their proposals and get comments from the faculty. Faculty members will also help during the group sessions for counseling students. Indeed, one purpose of the summer school is to start new research projects and think of macroeconomic topics and models that can be implemented in the laboratory or in field experiments in a way that advances our knowledge of behavior and our understanding of macroeconomics. Past participants have presented their work in subsequent research workshops and published articles based on their summer school projects in high-ranked journals.

Summer school students are expected to attend the 2-day 12th BESLab International Workshop on Theoretical and Experimental Macroeconomics from June 6-7, 2022 that will also take place in Technische Universität Berlin, Germany.

​The summer school is funded by the Joachim Herz Stiftung.

Program is available in the following LINK.

John Duffy is Professor of Economics at the University of California, Irvine. Duffy’s research explores issues in macroeconomics and finance using models and laboratory experiments.

Frank Heinemann is Professor of Macroeconomics at Berlin Institute of Technology, Germany. He earned his PhD in Mannheim in 1996. He has taught macroeconomics and game theory at the universities of Frankfurt am Main, Munich (LMU) and Mannheim and at the German central bank (Bundesbank) before he moved to Berlin in 2006. His main areas of research are monetary macroeconomics and coordination games.

Luba Petersen is Associate Professor of Economics at Simon Fraser University. Her research focuses on expectations and decision making in macroeconomic environments. She develops procedures for implementing macroeconomies in controlled laboratory experiments to study policy-relevant questions. Her recent research investigates the ability of monetary policy and central bank communication to stabilize and guide expectations and markets. She is studying the determinants of effective communication to the public as well as financial markets. Another branch of her work explores how people reason through dynamic optimization problems and whether their ability can be improved through effective tools and education. She actively consults for the Bank of Canada on behavioural and experimental macroeconomic topics.

“Distributing scarce jobs and output: Experimental evidence on the dynamic effects of rationing” (with Guidon Fenig), Experimental Economics (2017), vol. 20, no.3., 707-735.

Shyam Sunder is the James L. Frank Professor Emeritus of Accounting, Economics, and Finance at the Yale School of Management and Professor in the Department of Economics. His research contributions include financial reporting, dissemination of information in security markets, and statistical theory of valuation He pioneered the fields of experimental finance and experimental macroeconomics.

The lecture is divided into two segments: Monetary Experiments and Economic Growth Experiments. At the start of each segment a brief theory part will develop a theoretical platform for monetary models (first segment of lecture) and classical growth models (second segment of lecture). The second segment will focus on models of representative agents and competitive equilibrium. The first segment will focus on models of strategic interaction and Nash equilibrium, which have been adopted to study a variety of topics including labor, IO, money and finance; this overlap opens the door to exploring related applications, such as cooperation, collusion, trust, equilibrium selection, coordination.

The main goals are: (1) To review basic techniques used in theoretical modeling of growth and of money; (2) To study how those models have been brought to the lab, (3) To understand the insights emerging from recent experimental applications. At the end of the course students will possess an expanded set of tools, which will be helpful to read critically the literature and to engage independent research.

The papers listed in the Literature below are in addition to relevant papers that are already covered elsewhere in the workshop.

This lecture will expose participants to the breadth of macroeconomic topics and questions that have been explored using laboratory methods. The aim of this lecture will be to stimulate thinking about ideas for new projects that build on what has already been done. In addition, participants will be encouraged to extend laboratory methods to macroeconomic models or questions that have not been previously addressed. Methodological issues that are particularly relevant to macroeconomic experiments, e.g., implementation of discounting and infinite horizons, will also be addressed.

In this lecture we will consider the experimental evidence on intertemporal consumption and savings decisions. In particular, we ask whether agents intertemporally smooth consumption as predicted by standard lifecycle models.  We will explore some behavioral explanations for departures from this rational choice prediction.  In addition, we will look at the pricing of assets which play an important role in intertemporal consumption smoothing.  We will explore several experimental tests of asset pricing models and explanations for why asset prices often appear to depart from fundamental values.

Crockett, S., Duffy J. and Y. Izhakian , “An Experimental Test of the Lucas Asset Pricing Model” forthcoming in the Review of Economic Studies.

The patterns of financial crises are remarkably predictable. Minsky (1972) has described these patterns by phases, some of which contain behavioural hypotheses that can be tested by laboratory experiments. Under which conditions can bubbles arise? When do they burst? Why do people herd and does herding destabilize financial markets? What triggers a bank run and how do people coordinate in an environment with multiple equilibria? This lecture will lay out experimental evidence containing some answers to these questions. In particular, we will look at experiments on games with strategic complementarities. How predictable are choices if the game has multiple equilibria and which theory is well-suited to give advice for individual behavior? Managing information flow is one of the major challenges for central banks and bank supervisors. The lecture explains what we can learn from experiments for managing information flow in the presence of strategic complementarities.

Kübler, Dorothea, and Georg von Weizsäcker (2004), Limited Depth of Reasoning and Failure of Cascade Formation in the Laboratory, Review of Economic Studies 71, 425-442.

Speculative attacks can be viewed upon as coordination games: if a sufficient number of traders (and a sufficient amount of capital) is involved in an attack, the pressure on foreign exchange markets forces the central bank to devaluate its currency. Then, all attacking traders gain from the devaluation. But, if the number of attackers is too small, the central bank can defend the peg, and attacking traders lose on transaction costs. Speculative-attack games have multiple equilibria if payoff functions are common knowledge. The theory of global embeds a coordination game in an environment with private information about parameters of the payoff function. If private information is sufficiently precise, the global game has a unique equilibrium. Hence, the theory of global games can be used for a unique prediction of the outcome of a speculative-attack game. This theory provides a number of hypotheses that can be tested in laboratory experiments. This lecture first presents some of the theoretical background and derives testable hypotheses. Then, it explains experiments that have been used for these tests and shows how they have been analyzed.

Special issue (2005), Experiment, Theory, World: A Symposium on the Role of Experiments in Economics. Journal of Economic Methodology 12(2).

Bernasconi M. and O. Kirchkamp (2000), “Why do monetary policies matter? An experimental study of saving and inflation in an overlapping generations model,” Journal of Monetary Economics 46, 315‐ 343.

Fehr E. and J.‐R. Tyran (2008), “Limited Rationality and Strategic Interaction: The Impact of the Strategic Environment on Nominal Inertia,” Econometrica 76, 353‐394.

Relevant real world phenomena and relevant models of interest serve as two important benchmarks in designing laboratory experiments. With their fractal structure, phenomena in field are endlessly complex. Accordingly, realism (i.e., fidelity to the field environment) and theory (i.e., fidelity to the model) place important, often conflicting, demands on design of laboratory experiments.  Do the details matter? Which ones do? How do we find out? Why do the details that "do not matter" exist in the field? If they are just matters of refinement, which refinements are and are not to be ignored in laboratory? How generalizable are the laboratory findings? How does an experimenter find his way through this maze that connects limitless complexity of the field to simple tidy models of economics to gain a better understanding of economic phenomena? We shall explore the practical problems of identifying interesting questions, and developing experimental designs to address them using some examples, notes, and some macro experiments.

Huber, Juergen, Martin Shubik and Shyam Sunder. "Sufficiency of an Outside Bank and a Default Penalty to Support the Value of Fiat Money: Experimental Evidence." Cowles Foundation Discussion Paper No. 1675, Revised June 12, 2011.

Laboratory exploration of properties of economic institutions and policies has traditionally been done using profit motivated human traders. Outcomes of such experiments, when compared with outcomes of identical economies populated with minimally intelligent algorithmic agents yield valuable insights. We can isolate which of the properties of the economies of interest arise from their structure, and which ones are attributable to the behavior of agents. Starting with three micro applications, we shall study three macro applications of this human-algorithm hybrid approach to experimentation.

To participate in our Summer School, please do the following steps.

Students who have been accepted for the school will be informed by April 5 and have three options:

Please follow the steps below to proceed to the payment:

Important: Once you made the transfer, send us the confirmation from your bank (eventually screenshot) to [email protected]. Reason is that we need to send an acceptance order to the finance dept. of TU Berlin.

More information about the hotel and how to reserve your room will be given to accepted participants with their acceptance letter.

Thanks to the generous funding by Joachim Herz Foundation, we can provide a small number of scholarships for accepted summer school participants who need financial assistance. The scholarship covers travel costs (economy air fare, 2nd-class train tickets) and accommodation. Those who get a scholarship will have to pay upfront and get a reimbursement after the summer school.

We ask applicants for the summer school to apply for a scholarship ONLY IF THEY NEED financial assistance and do not get reimbursed by their university or other parties.

If you want to apply for a scholarship, please indicate so in the application form and confirm that you are not eligible for reimbursement by your university or other parties.