The signing ceremony came at the start of a two-day symposium to officially mark the inauguration of EMBL’s new Barcelona site. 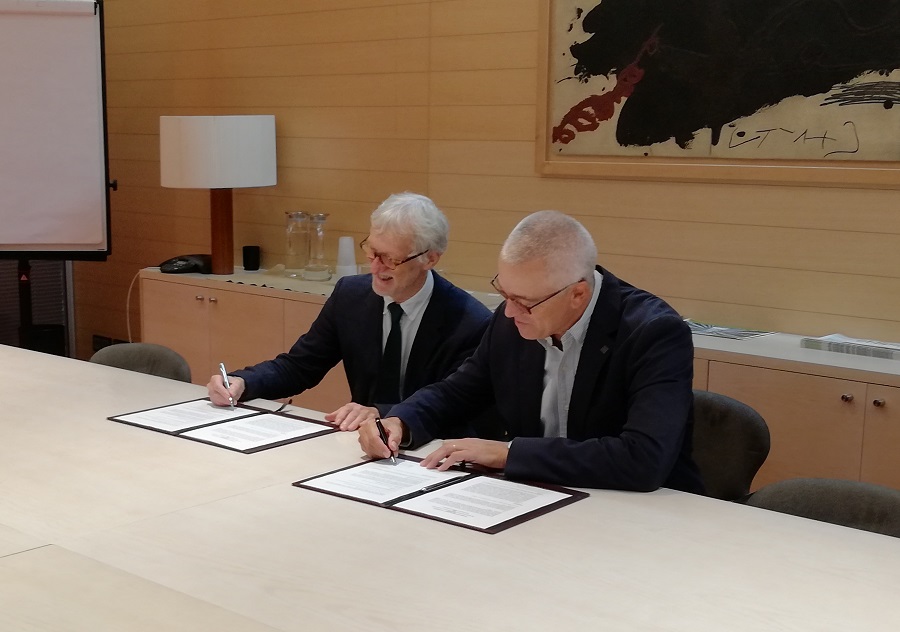 Following the establishment of its new site in Barcelona last year, the European Molecular Biology Laboratory (EMBL) is continuing to build collaborations with local researchers by signing a Framework Institutional Agreement with UPF.

The agreement aims to establish strong ties with EMBL in many areas, including joint conferences and collaborative research projects. It was signed by EMBL Director General Iain Mattaj and the rector of UPF, Jaume Casals, at a ceremony on 15 October. Also in attendance were David Comas, director of the Department of Experimental and Health Sciences (DCEXS) and Fina Lorente, Campus Mar director.

EMBL is an intergovernmental organisation specialising in basic research in the life sciences, funded by public research monies from more than 20 member states.  In partnership with EMBL, UPF will further its goals of promoting innovation and social transformation, and training its students with skills that can be adapted to tackle society’s challenges.

The signing ceremony came at the start of a two-day symposium to officially mark the inauguration of EMBL’s new Barcelona site, based at the Barcelona Biomedical Research Park (PRBB).