The awards ceremony is to take place on 7 July, on the Ciutadella campus, during the UPF Graduation Ceremony for master's and doctoral degree students.

The PhD Programme in Biomedicine run by the DCEXS currently enrols 435 doctoral students. During the 2015-2016 academic year, a total of 92 PhD theses were read and their corresponding examination committees put 34 of them forward to compete for the PhD Special Awards.

Nuno Amaral for his thesis entitled "The Aurora B-dependent NoCut checkpoint prevents damage of anaphase bridges after DNA replication stress", supervised by Manuel Ernesto Mendoza Palomares, from the Centre for Genomic Regulation (CRG). In his thesis, Amaral investigates how yeast cells use a checkpoint, the so-called NoCut checkpoint, to detect chromosome segregation defects, preventing damage to chromatin bridges and halting the cell division process. The understanding of how cells detect DNA separation defects is relevant to the understanding of molecular mechanisms behind different human pathologies, such as cancer. Amaral is currently a postdoctoral researcher at Karolinska Institutet. 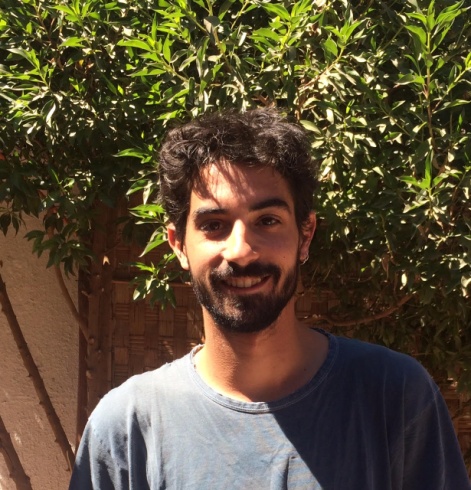 Max Carbonell, for his thesis entitled “Engineering principles for synthetic biology. From concept to practice”, supervised by Javier Macía and Carlos Rodríguez Caso from Pompeu Fabra University. In his thesis, Carbonell questions several theoretical approaches widely used in synthetic biology and reinforces and expands on the theoretical and experimental corpus that should help to unfold this field as a veritable engineering discipline. First, he explores how to improve standardization of genetic parts via their improved characterization. Second, he provides a new theoretical framework that is inspired by Ohm’s law and describes the unintended coupling of the coexisting genetic loads within a given host cell. Carbonell is currently on sabbatical leave. 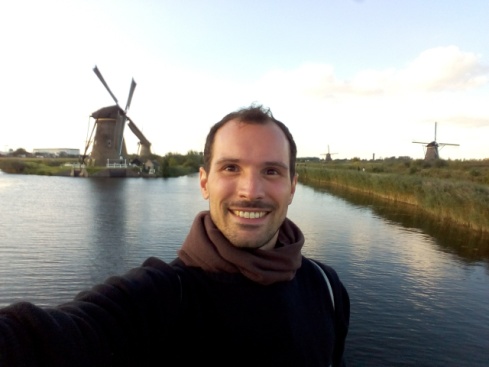 Davide Cirilo for his thesis entitled “Prediction of protein and nucleic acids interactions”, supervised by Gian Gaetano Tartaglia from the Centre for Genomic Regulation (CRG). In his thesis, Cirilo contributes to this problem by developing high-throughput bioinformatics methods to quantitatively evaluate associations between proteins and nucleic acids. Furthermore, the thesis exploits these methods in the study of neurodegenerative diseases and in the regulation of protein-coding and non-coding RNA molecules. Cirilo is currently a postdoctoral researcher at the Life Sciences Department of the Barcelona Supercomputing Center (BSC).

Miguel Duran-Frigola for his thesis entitled “Blending biology and chemistry to enable systems pharmacology”, supervised by Patrick Aloy, from the Institute for Research in Biomedicine. In his thesis, Duran-Frigola undertook part of this challenge by computationally joining two research areas that have traditionally followed independent paths, namely chemoinformatics, in the realm of the pharmaceutical industry, and bioinformatics, where data are publicly available from academic labs. More concretely, this thesis looks into the biological and chemical features of approved drugs and links them to their clinical side effects. Duran-Frigola is currently a post-doctoral fellow at the Structural Bioinformatics & Network Biology Laboratory at IRB Barcelona. 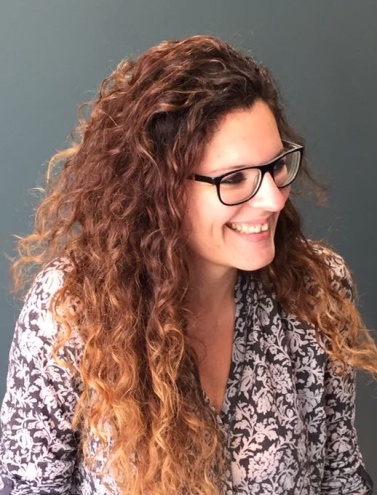 Africa Flores, for her thesis entitled “Orexin receptors as therapeutic targets for addiction and anxiety disorders”, supervised by Fernando Berrendero and Rafael Maldonado from Pompeu Fabra University. Flores examines the role of orexin transmission in the pharmacological and reinforcing effects of cannabinoids, which represent important contributing factors for cannabis addiction. Her results reveal for the first time the therapeutic potential of orexin receptor-1 blockade as a novel target to prevent cannabis addiction, as well as to alleviate abnormal fear retention in anxiety disorders such as post-traumatic stress disorder and phobias. Flores is currently a post-doctoral researcher at the Neurosciences Institute (INc) of the Autonomous University of Barcelona (UAB). 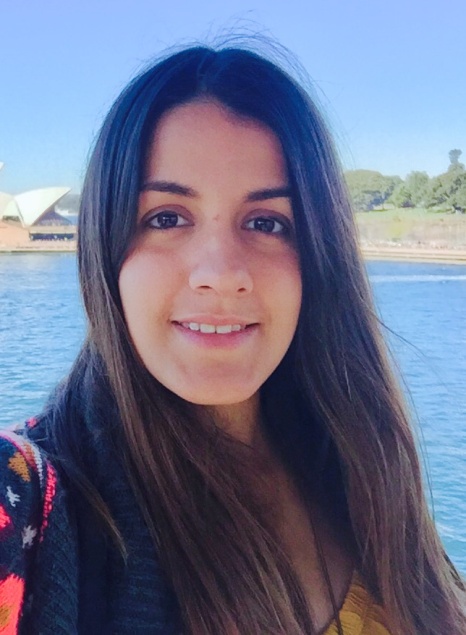 Veronica Llorens, for her thesis entitled “Integrative understanding of transcription in a minimal cell model”, supervised by Luis Serrano and Maria Lluch-Senar from the Centre for Genomic Regulation (CRG). In her thesis, Llorens uses Mycoplasma pneumoniae as a model system to study the role of all the elements regulating transcription and to which extent each of them contributes to the observed RNA levels in the experiments.

The study has enlightened the understanding of bacterial transcription, in which regulatory elements form a hierarchy: basal mechanisms, such as regulation by nucleotide concentrations, lie at the bottom and are more subtle; whilst specific mechanisms, such as regulation by TFs, are on top. Llorens is currently a post-doctoral fellow at the Centre for Genomic Regulation. 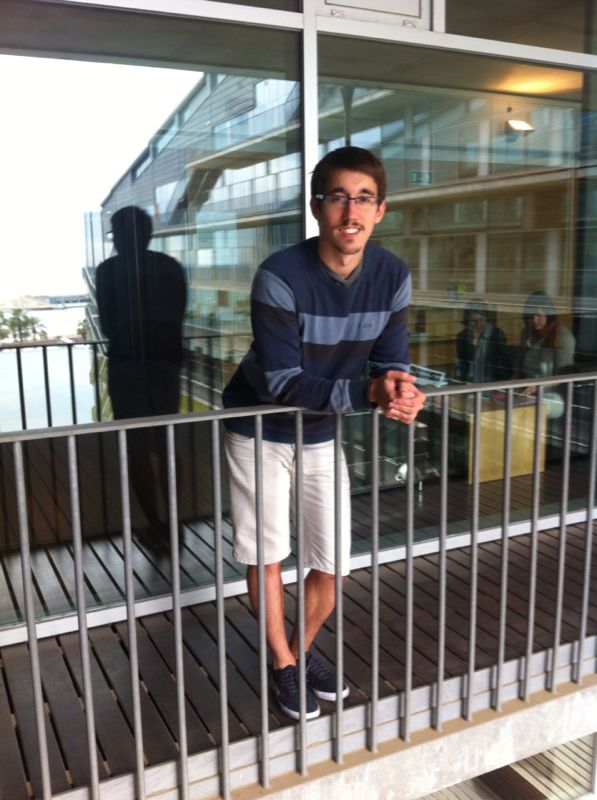 Iñigo Olalde, for his thesis entitled “From the Mesolithic to the Bronze Age: unravelling 5,000 years of European population history with paleogenomics”, supervised by Carles Lalueza Fox from Pompeu Fabra University. In his thesis, Olalde recovers genome-wide data from ancient Europeans using the latest advances in Second Generation Sequencing techniques. This study makes a crucial contribution to the understanding of key demographic and evolutionary events and provides novel insights into the timing of recent selection events, such as dietary and pigmentation adaptations that helped Europeans to face the challenges imposed by new lifestyles and environments. Olalde is currently a post-doctoral fellow at the Department of Genetics, Harvard Medical School, Harvard University.

Josep Rodriguez, for his thesis “Metabolism of natural antioxidants: evaluation of the pathways involved in the in vivo biotransformation of tyrosol into hydroxytyrosol”, supervised by Rafael de la Torre from Hospital del Mar Medical Research Institute (IMIM). In his thesis, Rodriguez assesses new mechanisms responsible for hydroxytyrosol generation by using an array of methodologies and studies ranging from in vitro assays to in vivo experiments in animal models and humans. According to his results, hydroxytyrosol may contribute significantly to the health effects derived from moderate wine intake. Rodriguez is currently a post-doctoral fellow at IMIM (Hospital del Mar Medical Research Institute). 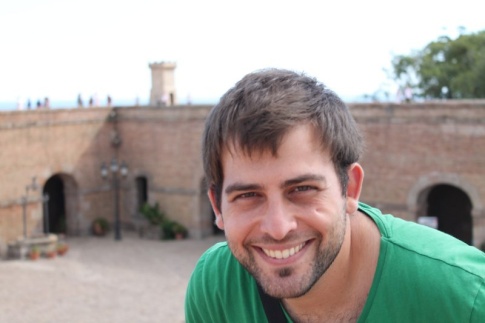