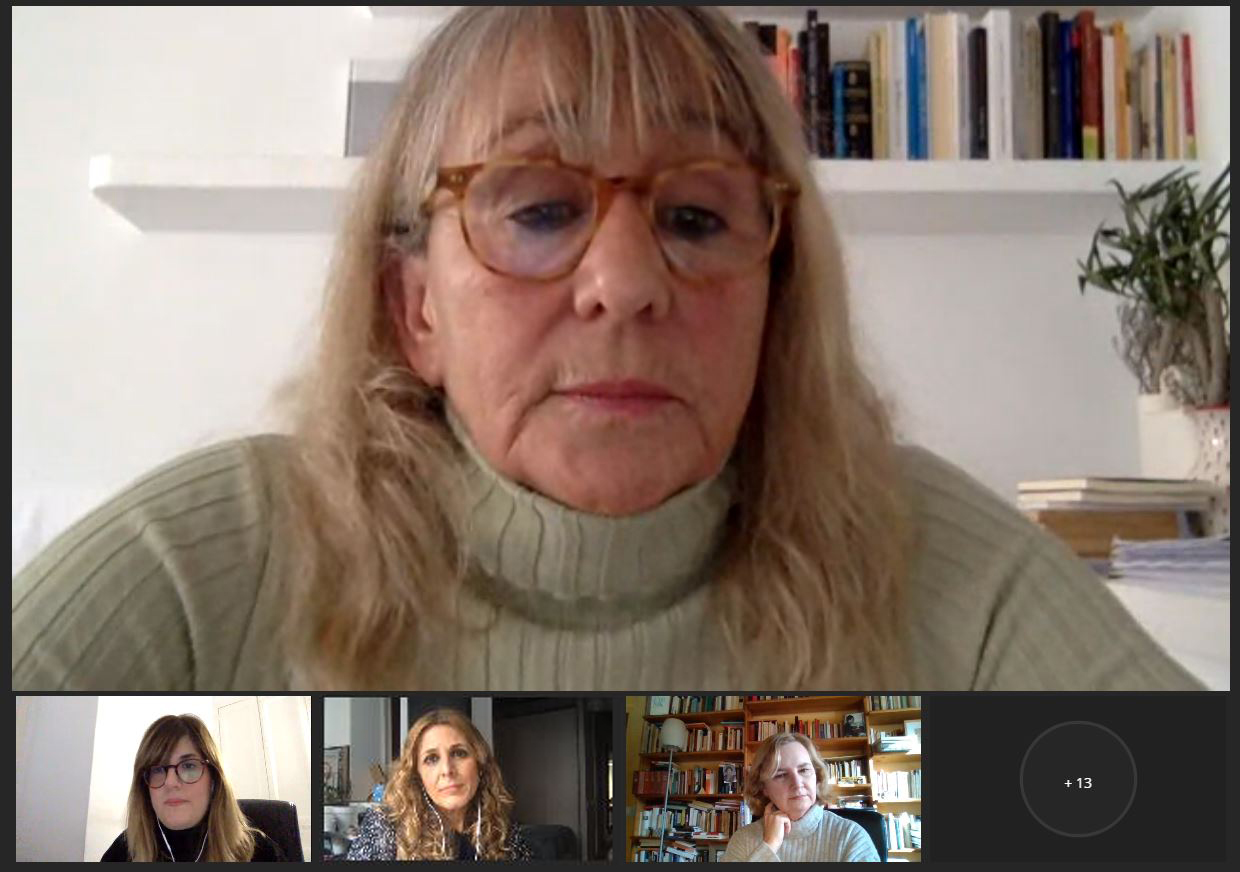 A new cycle at the DigiDoc Seminars has begun. The first conference of this year, marked a change in its coordination, now in charge of the professor and researcher Laura Pérez Altable.

Gender and research. Reality and challenges, was the theme chosen to start this new stage, in a session organized and moderated by Professor Matilde Obradors, also a member of the DigiDoc group. She explained that this session's theme arose in light of the need to integrate a gender perspective of gender; therefore, it was relevant to listen to the experience of women researchers on the obstacles they have faced in their academic careers.

A change of paradigm

The writer Mª Àngels Cabré, director of the Gender Cultural Observatory, was in charge of the first intervention, titled For a shared culture, in which she outlined the current situation of equal opportunities for women and men in the main cultural spaces.

She explained that the OCG reports detected that women's participation in activities such as journalism, cinema, music, museums and literature is still low in Catalonia. She exemplified this with literary awards, where women awarded do not exceed 18%. On the other hand, she gave as an example the Teatre Nacional de Catalunya, "which has been clearly misogynistic since its inception and which now aspires to have equal programming."

Regarding the panorama in universities, Cabré pointed out that there is still a long way to go, that transformative actions are required and that a paradigm shift is needed in favor of a more shared canon in the subjects. "We must reject the dynamics of the twentieth century," she said.

A moment of opportunity

In turn, Professor Mònika Jiménez Morales, director of the UPF degree in Advertising and Public Relations, commented that at the beginning of her academic career she was struck by the shortage of women researchers and the low number of female professors, a contrasting situation with the professional world of agencies, where the proportion was much less unequal.

She also recalled that she has encountered situations such as the existence of certain male and female research topics, as well as gender quotas in academic meetings, or the lack of maternity leave that existed in competitive research projects.

Finally, Professor Ruth Rodríguez Martínez, coordinator of the Journalism Research Group (GRP) and of mobility and internationalization of the UPF Department of Communication, indicated that the university system is changing and that we are at a moment of opportunity to reduce inequities and provide research with other perspectives.

The conciliation of schedules with family life, the impact of motherhood on internal accreditations and six-year research cycles, are necessary issues to address, she pointed out, adding that as progress has been made within bachelor grades, it is necessary to enhance the female presence throughout the department and its decision-making processes.

After the presentations, a long and interesting debate took place with the participation of professor Javier Díaz Noci, coordinator of the DigiDoc group, and professors Pilar Medina Bravo and Mònica Figueras Maz, among other attendees.