Hence the proposal of a new configuration of genres to allow for the inclusion of the WhatsApp message genre, according to a study that analysed 500,000 words in Catalan, conducted by the linguists Carme Bach and Joan Costa Carreras, researchers with the Department of Translation and Language Sciences, published in Revista Signos.  Estudios de Lingüística.

The emergence of new means of communication via the Internet has brought about new genres of discourse, understood as socially situated communication practices that did not previously exist, and which require studying from the linguistic standpoint.

Forty years after the description of the ‘oral-written’ medium proposed by Gregory and Carroll (1978) and in the light of some recent studies, these experts consider the WhatApp message genre as a “fuzzy category”, a genre that, though initially written, does not have a clear separating line between speaking and writing.

Carme Bach and Joan Costa Carreras, researchers at the UPF Department of Translation and Language Sciences, analysed a corpus of 68 two-way conversations on WhatsApp in Catalan, between young people aged 18 to 22 years, with a total of 500,000 words, in order to describe its proximity to the colloquial conversation genre and define the WhatsApp message genre from the point of view of assignment to the ‘oral-written’ medium, according to the model by Gregory and Carroll (1978). Their study has just been published in Revista Signos. Estudios de Lingüística.

“Our hypothesis is that there will be many similarities between colloquial conversation and WhatsApp and, therefore, it might be appropriate to reconsider Gregory and Carroll’s classification of 1978”, the authors suggest.

Thus, in their study Bach and Costa Carreras proposed a dual goal: to describe a corpus of written WhatsApps to see the extent to which this genre of discourse can be described in terms of a colloquial conversation; to study how this genre is defined from the standpoint of assignment to the oral-written medium and see how it could be placed in Gregory and Carroll’s proposal (1978) to accommodate the WhatsApp message genre in this framework”, Bach and Costa Carreras point out.

A new linguistic category for the WhatsApp message genre 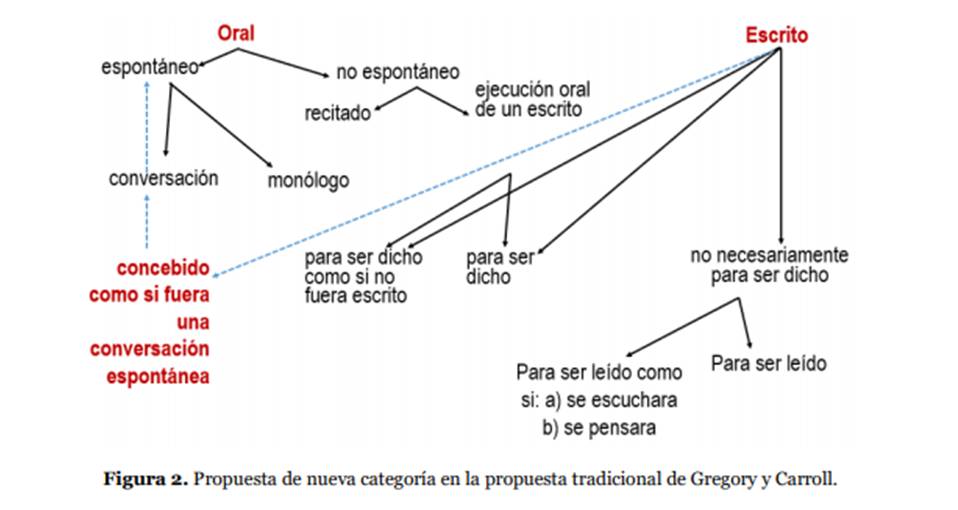 “We propose to a new category for addition to the one proposed Gregory and Carroll (1978), of a written genre conceived as if it were a spontaneous conversation: a new configuration of the proposed oral and written genres that accommodates the WhatsApp message genre”, the researchers conclude.