According to a study that shows how humans, from an early age, choose who we prefer to learn from and who we prefer to interact with. Marc Colomer, Jesús Bas and Núria Sebastián Gallés, researchers at the Center for Brain and Cognition, are the authors of this paper published in the Journal of Experimental Child Psychology. 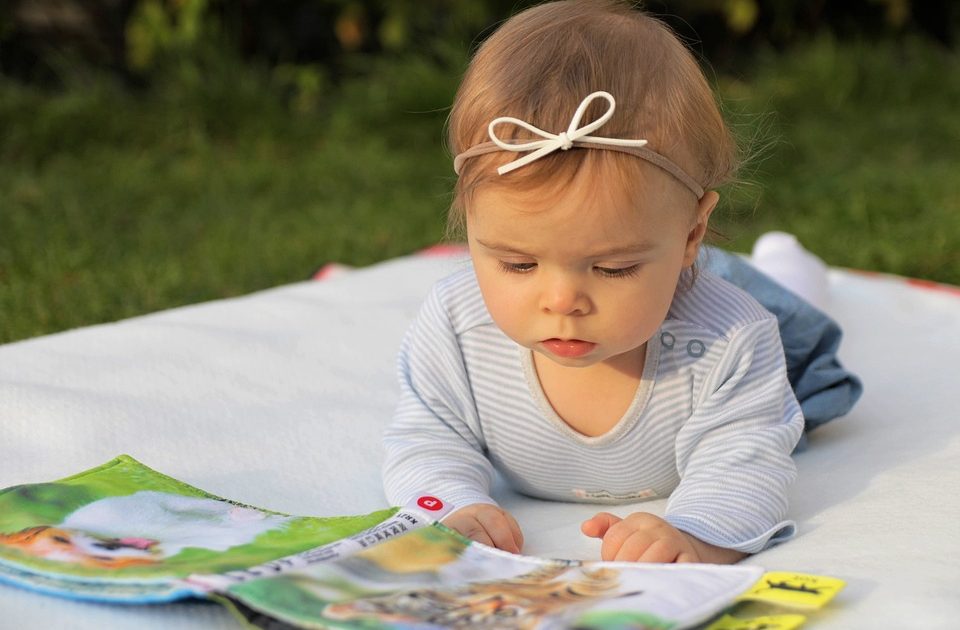 From birth, we acquire information and learn through interacting with others; that is why it is so important to be able to identify the most suitable individuals to interact with. To interact with others, it is important to understand and predict their actions. It is known that at around six months of age, infants already understand that actions are carried out to achieve certain goals, that is, when someone does an action, they do so to get something.

“For example, if infants  see someone extending their arm to get a glass of water, they process the movement in relation to the goal of getting the glass. Once they have identified the goal that motivates the action, they expect the person to act efficiently to get it. For example, if the glass of water is two metres from the person, a rational action would be to get up from the chair, walk a few metres and then stretch out the arm to get the glass. If, however, the glass is nearby, the rational action would be to directly stretch out the arm. From an early age, infants are already surprised if they see someone performing more actions that required or making a greater effort than needed”, explains Marc Colomer, first author of a study published in the advanced online edition of the Journal of Experimental Child Psychology on March 6.

A study shows that already at 15 months, infants take into account the efficiency of the actions of others in order to identify who is and who is not rational

Based on this idea, it has been proposed that one of the pillars on which social cognition is built is the principle of rationality: through assuming that individuals try to act efficiently to achieve a goal, we can determine the goal that motivates their actions.

This study conducted by Marc Colomer with Jesús Bas and Núria Sebastián Gallés, researchers with the Center for Brain and Cognition (CBC) at the Department of Information and Communication Technologies (DTIC) of UPF, has shown that, already at 15 months, infants take into account the efficiency of the actions of others in order to identify who is and who is not rational.

“We wanted to study whether the efficiency of the actions of others influences the infants’ preferences. Our initial hypothesis was that the principle of rationality would not only allow the infants to predict and understand the actions of others, but would also allow them to identify which individuals act rationally and which do not and, therefore, who it makes more sense to interact with”, explain Colomer and Bas, co-authors of the work and doctoral students with the research group in Speech Acquisition and Perception, led by Núria Sebastián Gallés.

This is an example of the stimuli that were used. The order of the actions of each doll (who acts first), its role (efficient or inefficient) and the order of the test (who the yellow joins first) was offset. That is, each participant was presented with slightly different stimuli, manipulating these three variables. Offsetting allows controlling that the results obtained are not due to a preference, for example, for a specific doll.

As the authors of the study explain: “to answer our question, we designed a study involving children between 14 and 15 months.  The infants watched a video with three dolls: one yellow, one blue, one red. First, one of the dolls (the yellow one, for example) watched how the other two dolls (the blue and the red one, for example) jumped over a fence to get a ball. Then, the same yellow doll interacted with the other two dolls separately. Next, a gate opened in the fence through which it was easier to get to the ball. In this new scenario, one of the dolls went straight through the gate to get the ball (efficient doll), while the other kept jumping over the fence (inefficient doll). In the end, the infants were presented with the test: the blue and red dolls went to fetch the yellow doll and the latter had to decide whether to interact with the one that had gone through the gate (Efficient test) or the one that had jumped over the fence, taking a longer path than necessary (Inefficient test)”.

The infants watch the screen for longer when they are presented with an unexpected stimulus which, therefore, takes them longer to process

“To find out whether the infants expected the yellow doll to prefer to interact with the efficient or the inefficient doll, we used the Violation of Expectation paradigm”, the authors explain. This is based on the fact that the infants watch the screen for longer when they are presented with an unexpected stimulus which, therefore, takes them longer to process. All the infants saw the Efficient test and the Inefficient test and we measured the time they spent looking at the screen after each test. The results showed that in general, they all looked for significantly longer at the Inefficient test than at the Efficient test. That is, they were surprised when the yellow doll interacted with the inefficient doll rather than the efficient one”.

The participating infants preferred to look at the efficient doll

“In addition, we measured the infants’ visual preferences when the blue and the red dolls went to fetch the ball together. We acquired this information using the Eye-tracker, a camera that records the participants’ visual behaviour. With these data, we found that the participants preferred to look at the efficient doll”, explains Jesús Bas, co-author of the study.

These results show that already at 15 months, infants take into account the efficiency of the actions of others in order to identify who is and who is not rational They use this information to predict the preference of others, and it even modifies the attention the infants pay to others. This link between the principle of rationality and social preference may be highly relevant when starting to negotiate the world selectively from an early age, choosing who we prefer to learn from and who prefer to interact with.