When light rays coming from bright sources of light reach a camera, they can reflect and scatter in between its optical elements such as surfaces of a lens,  mechanical surfaces adjacent to or within to the camera and lenses like, for example, lens protection filters. This situation potentially degrades the image quality and creates unwanted artifacts in photographs.

Better known as flare, this phenomenon can impact images in a number of ways: it can drastically reduce image contrast by introducing haze (also called veiling glare), it can add circular or semi-circular halos or “ghosts” (named as ghosting or flare spot) and semi-transparent odd-shaped objects of different colors, to mention but a few of the many kinds of possible flare artifacts.

Although there are applications where the flare artifacts are not undesirable - e.g., some film directors use flare as an element of realism or even as an extra character in their movies -, in other contexts flare identification is a pivotal problem, for instance, in order to avoid false detections. Thus, an automatic and powerful flare detection and removal mechanism is essential. 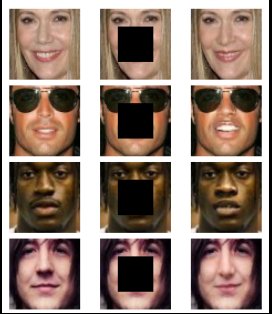 GANs are widespread use, for instance in image-to-image translation, image syntehsis and semantic manipulation, to mention just a few. In our last work, we have used the power of GANs to perform image inpainting. 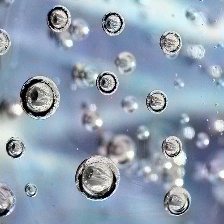 Colorization is the process of adding plausible color information to monochrome photographs or videos. Currently, digital colorization of black and white visual data is a crucial task in areas so diverse as advertising and film industries, photography technologies or artist assistance.

Although important progress has been achieved in this field, automatic image colorization still remains a challenge.

Notice that colorization is a highly undetermined problem, requiring mapping a real-valued luminance image to a three-dimensional color-valued one, that has not a unique solution.

Motion blur is produced by unwanted camera shake  or fast moving objects in the scene during the recording process. Such situations lead to a degradation on the image quality producing aesthetic blurry images and reducing the performance of other computer vision tasks in such images. The goal of image deblurring techniques is to recover a high quality image given  just a blurry version (blind deblurring)  or a blurry version together with the motion kernel (non-blind deblurring).