Imagine that one day your mood starts suffering sudden changes. That you cannot behave with the assumed social correctness. That you cannot follow directions. That you forget about the food that you were cooking in the kitchen or about the open tap in the bathtub. That your memories faint as soon as you want to catch them. You soon mistake your son with your brother, your sister with your mother. Imagine that your “you” starts becoming blurred. That you are sitting for ages in a corner at home or in a nursery with your gaze concentrated beyond an infinite horizon, outside of this world. Imagine that somebody plays in the Hi-Fi system a song, “that” song. And you suddenly become yourself again, and you smile, and start singing the song, word by word, and you stand up and dance to the song as you did 60 years ago, maybe in the festival of your hometown. But when the song ends your “you” is lost again, almost forever. Alzheimer’s dementia is a devastating condition, an irreversible degenerative disease that sometimes is diagnosed even at mid-life ages. Brain functions relentlessly deteriorate, sometimes very quickly, most of the time at a moderate pace, until the body becomes inhabited by a stranger and a person literally “disappears”. Amazingly the last functionality that disappears is reacting to meaningful musical stimuli.

How it all started?

In 2012 Emilia Gómez and I proposed a project for a SMC thesis that tried to adapt some ideas and technology from music recommendation. Felipe Navarro, a SMC student then, pursued it for his MSc thesis. From that research plus a couple of final undergraduate projects, a website “Banda Sonora Vital” was created. Felipe returned to the project once some funds could be allocated for him to do more than an update to the system, and has been pushing forward the project up until now. Olga Slizovskaia was also crucial to keep the infrastructure running in the toughest times. Now BSV is an open website that provides, as a final outcome, a playlist with potentially significant music for each of its final users (it is not only working for Alzheimer’s patients, in fact any person aged beyond 60 years could get a satisfactory experience). Playlists can be modified according to the experience (i.e., maybe deleting music that makes users feeling sad or distressed, even though it is meaningful for them). 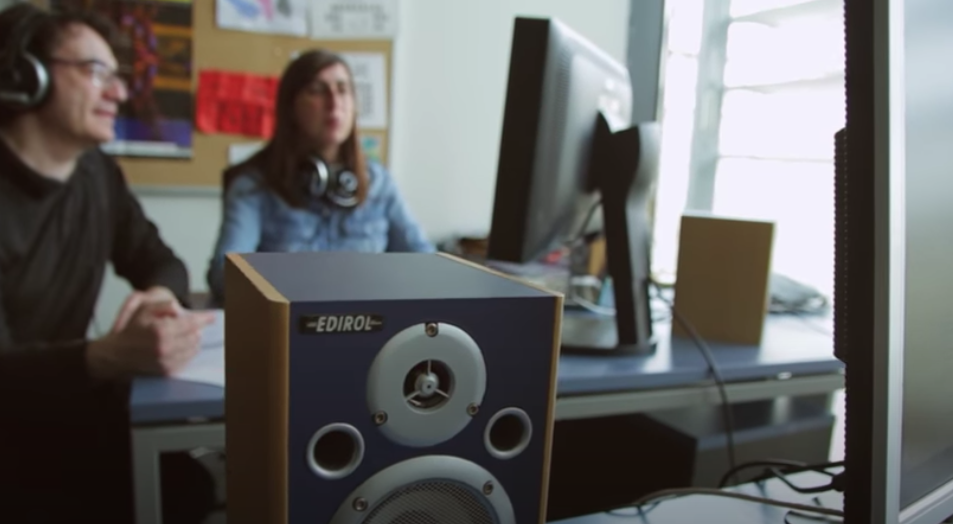 BSV combines a “musical anamnesis” questionnaire, a music selector, and a playlist space. Musical anamnesis is the technical term for gathering information about artists, songs, experiences, and memories related to music. This information is input by means of a formal questionnaire. It is frequent that Alzheimer’s patients are not the ones to input information, as they are helped by caregivers or relatives (in this sense, the act of talking about musical memories is usually reported as an enlightening, moving, or surprising experience on the side of them). BSV uses whatever available information to build a (mostly youtube-based) playlist with potentially meaningful music for the final user. The system indeed takes advantage of the explicit information given through the anamnesis (i.e., if somebody mentioned Elvis’ Jailhouse Rock as a favourite, it is likely included in the playlist), but it also infers potentially relevant music taking into account the age of the patients, their geographical location in their youth, preferred music styles and genres, and other available (if any) information). Therefore, a proposal for Buddy Holly’s Peggy Sue could also be given.  A current limitation is that BSV only works reasonably well with people raised in Spain (the web works in Spanish, Catalan and English, though); the system needs culture-based fine-tuning in order it considers the cultural contexts happening in the childhood and youth of its users (i.e., it also deals with music in Catalan language, flamenco, copla, etc., something usually ignored by typical music recommenders targeted to younger people). There is no “deep learning” nor even “machine learning” (yet) in the BSV algorithms. It is just an integration of common sense, musical knowledge and the multi-layered data stored in about a hundred of user profiles.

Although we have disseminated BSV in a couple of conferences, the most interesting and relevant dissemination happens when BSV is provided to their intended users and their relatives, usually in collaboration with other organizations. Since 2017 we have collaborated with private and public foundations that care about Alzheimer’s people, like Alzheimer Catalunya, Fundació Catalunya-La Pedrera (REMS program) or Fundació Pasqual Maragall. Some activities involved a basic tutoring to therapists and caregivers in exchange of some feedback once they used the tool, other activities involved participating in collective sessions where 10-15 seniors were shown the tool and then they created a group-like playlist, and finally other activities involved high-school students that acted as mediators between Alzheimers’ patients and BSV, while they were learning about what it means to become old, wise and affected by such condition and discovered new ways to relate with the elderly ones. A project with Sanitas (one of the most important health care providers in Spain, owning many nurseries for the elderly) allowed us to carry on an experimental evaluation of BSV. The tool was positively received in those contexts and the “recovered” music provided a similar level of satisfaction than the playlists compiled through many sessions of trial and error or fine tuning done in the “traditional way” by music therapists. At least the tool makes possible strong and meaningful musical experiences with a shorter investment of time. A journal paper is in the works reporting both the experiments’ results and the qualitative insights gained from all that.

We have recently aimed to improve the effectiveness of the system but also its usability with portable devices so these days we are premiering a new GUI and a more complete website. In the next year, we would like to come up with some gamification for the process of musical anamnesis, which is currently very rigid, lengthy, and boring. We have been proposing that for an SMC thesis without any luck in the last 4 years…

As a matter of conclusion, it is interesting to note how this project did not follow the typical paths of our research projects: it is not centred on cutting-edge technologies, it has been scarcely funded or not funded at all, and it has grown just from our enthusiasm and will to provide some service to the community. Fortunately, in the last 2 years, the project TROMPA and LifeSoundtrack (funded by La Caixa and led by Fundació Pasqual Maragall) provided the required financial support to continue its development, refinement, and evaluation. It is also remarkable how many positive experiences BSV has made possible whenever I have sent my students in different courses to reach for their older relatives or even old strangers in nurseries and share one hour of music-charged long-forgotten experiences, memories and events.