The external project website can be found at https://www.upf.edu/web/inautistic

In 1998, the project Ball del Fanalet was created as a collaborative interactive environment where users could explore the process of creating various acoustic and visual elements. The idea for Lands of Fog was born from this project when a group of school children with ASD showed uncharacteristic positive social behaviors during a short time playing in the system. From this, we had the idea to create an exploratory virtual environment specifically for children with ASD.

The system is structured in a 6 meter in diameter circular arena, where a virtual world is projected on the floor. This size was decided to be the optimal point to allow personal playing space and yet encourage players to meet while exploring. The arena is circular to increase player flow towards the center of the playing field. The Unity-based system consists of 4 tracking cameras and two short range projectors.

The experience was built upon the idea of player collaboration, taking into account the specific sensory processing of children with Autism. To increase engagement with the system, each child holds a lighted butterfly net which marks their corresponding place in the virtual world.  When the children bring their nets together, they can work collaboratively to activate interactive elements hidden in the scenario. The remaining part of the virtual world is covered with a dense layer of fog, to prevent distraction from other sensory stimuli. 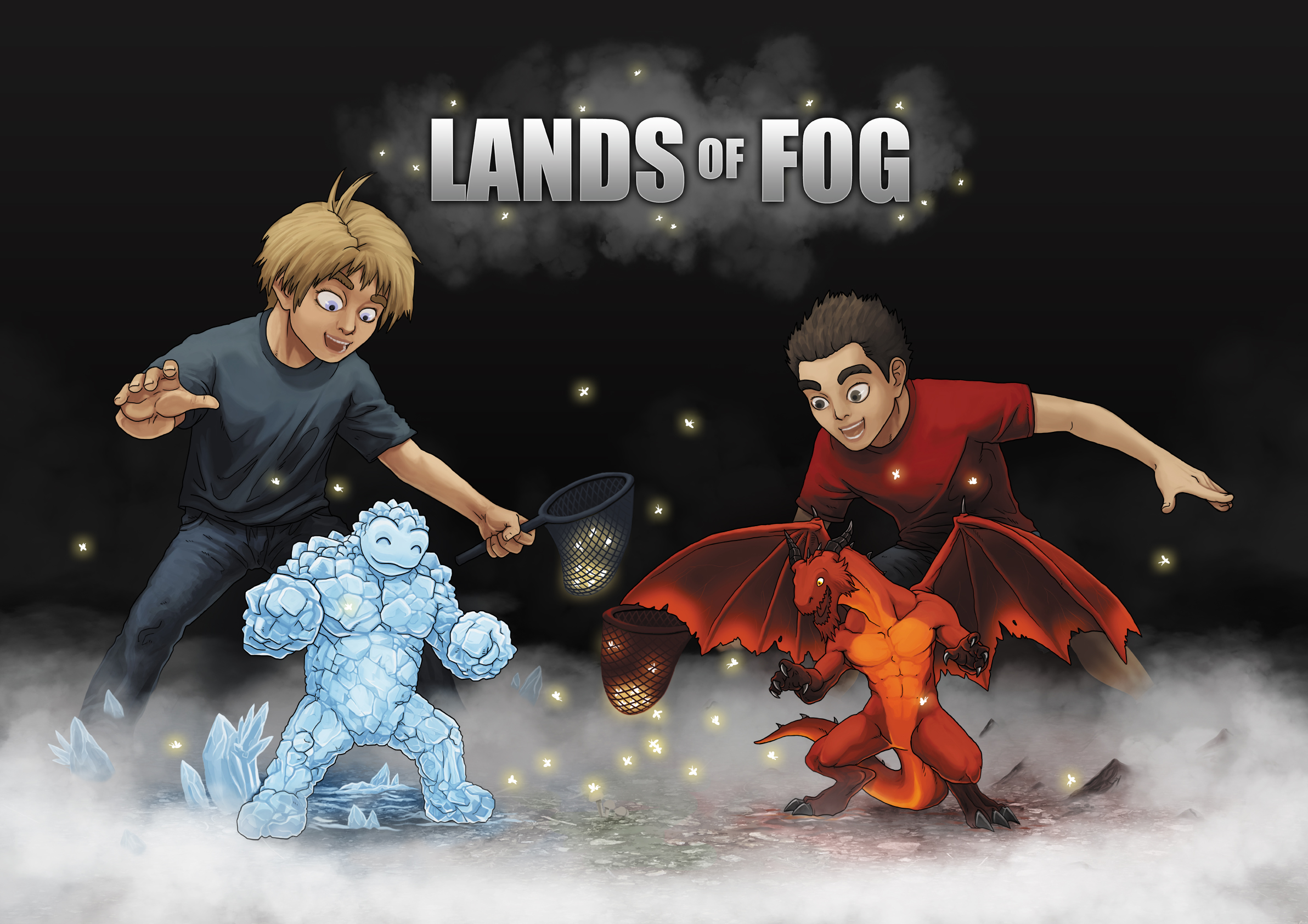 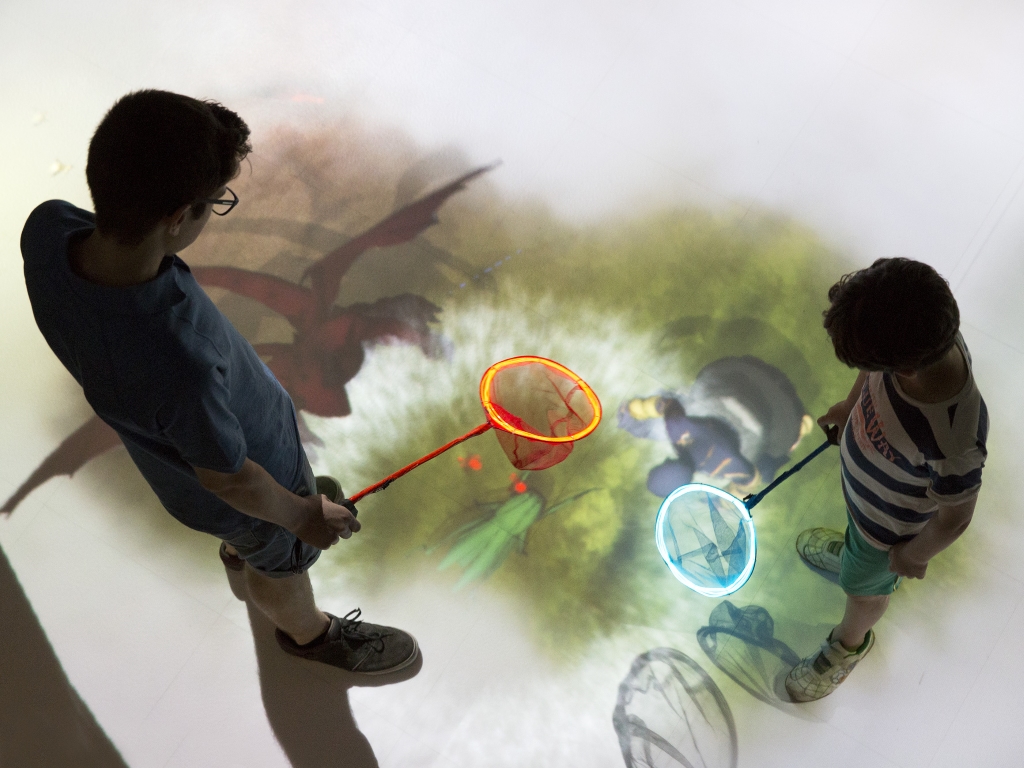 The game is based around a virtual world inhabited by magical creatures. After exploring the virtual scenario, each child gains a companion creature which models appropriate non-verbal gestures upon encountering other players and elements. The children work together to discover all of the different characters and virtual elements hidden in the scenario. They can also move unlock various world maps through collaborative play.

The first version of the project was created in 2013 as part of the IN-AUTISTIC project, and was funded by RecerCaixa grants 2013. The project was tested with 14 children with ASD and partners in Barcelona, and another 20 children with ASD at an inclusive school in London. Overall, the system was successful in fostering positive social behaviors and collaborative play, and was received positively by teachers and parents.

The second version of the project, created as a part of the ASCME-OR project in 2017, is focused on testing the system as a possible addition to typical social therapy practices. During experiments, children with ASD play the Lands of Fog system together with a partner, and also play a control activity which is a common part of traditional therapies. Afterwards, the social and collaborative behaviors will be analyzed to look for differences in playing attitudes. This session of trials also includes the addition of a goal-oriented scenario, to test for differences in collaboration styles between a free-play and a goal-oriented version.

This project has been funded by: