EspaiStory is a Mixed Reality system that allows children to create and interact with their own narratives in and on physical space. The children use a special mobile devices, based on the World-as-Support interaction paradigm, to project their characters and their stories on the surrounding physical space. They also physically interact with their stories as if the characters were alive and present in the same shared space. The project aims at enabling children to collaborate in the creation of site-specific contents and at supporting embodied improvisation in storytelling.

The project forms part of the research project Evaluation-Driven Design funded by Spanish Ministry of Economy and Competitiveness (Grant: TIN2014-60599-P).

The research merges theoretical research, ethnographical analysis of children activities related to creating audiovisual stories and Design-Based Research Evaluation with a local school. For the initial prototype we designed a hardware solution based on the combination of an Android tablet and a Philips PicoPix PPX3414 pico-projector bundled in a box and case. At the same time, we developed an pilot interactive experience for the system and an application to facilitate content creation. 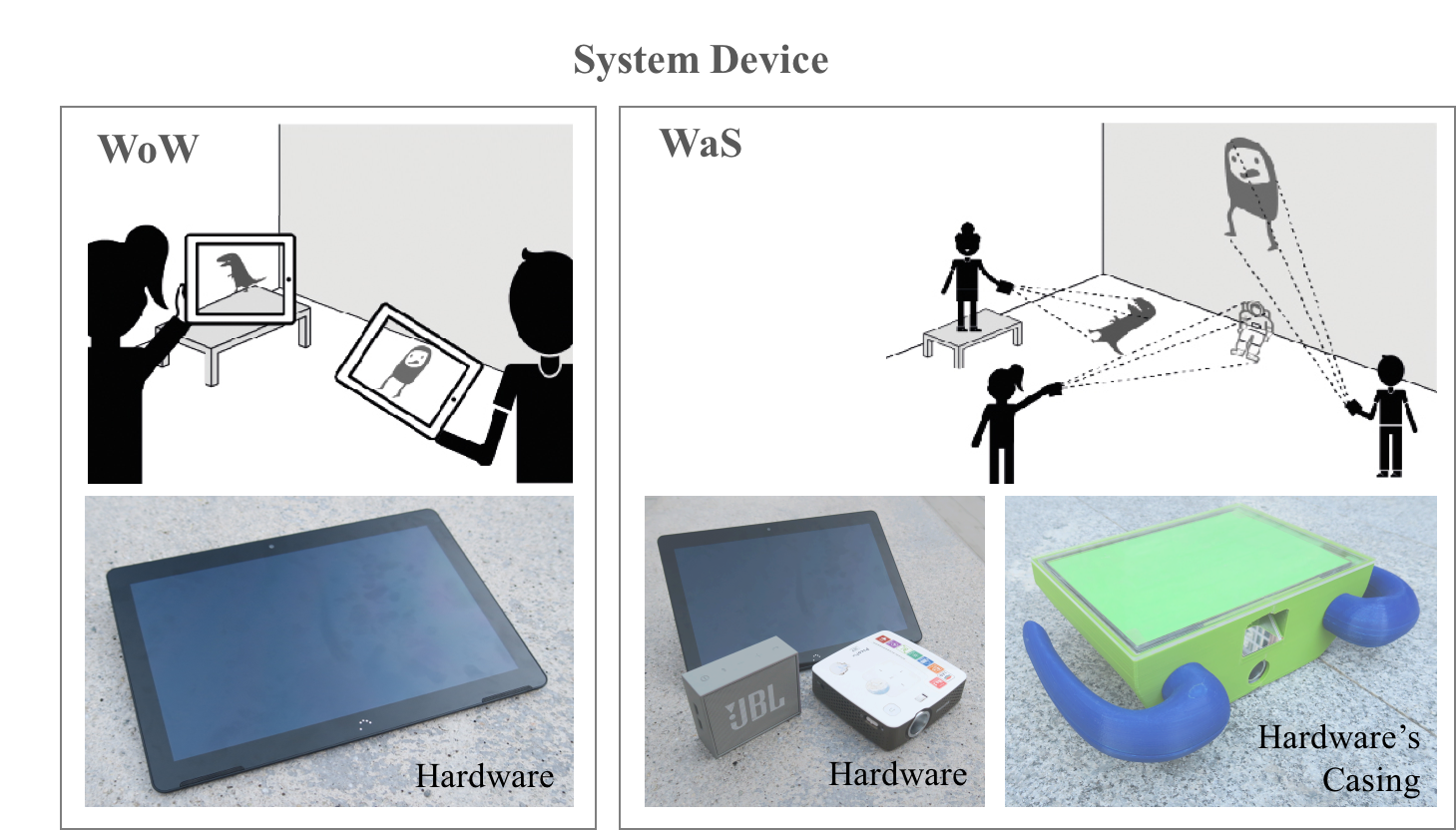 We compared two AR/MR interaction paradigms for mobile technologies: (1) the consolidated "Window-on-the-World" (WoW), and (2) the emerging "World-as-Support" (WaS). By analyzing children's understanding and use of space while playing an AR/MR mystery game, and analyzing the collaboration that emerges among them, we show that the two paradigms scaffold children's attention differently during the experience and elicit different forms of collaboration. We conclude by presenting a conceptual framework to distinguish the strengths, weaknesses, and potential of the two AR/MR paradigms, as well as the comparison between marker-based and marker-less technical solutions. 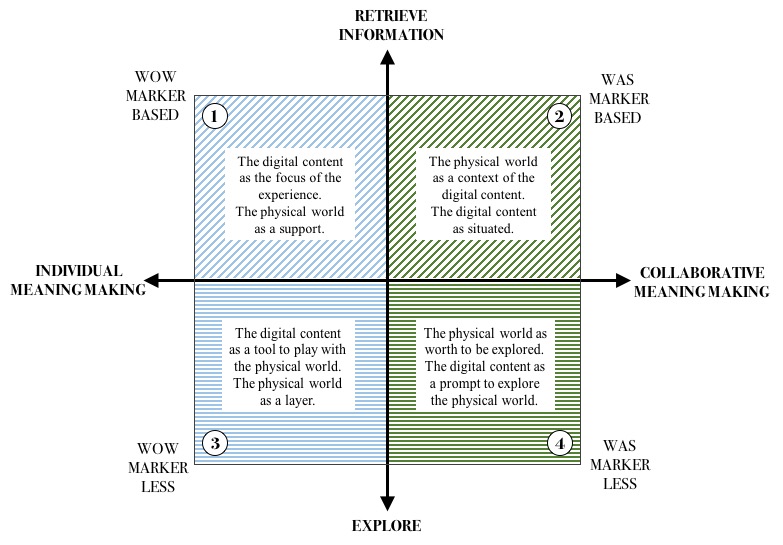 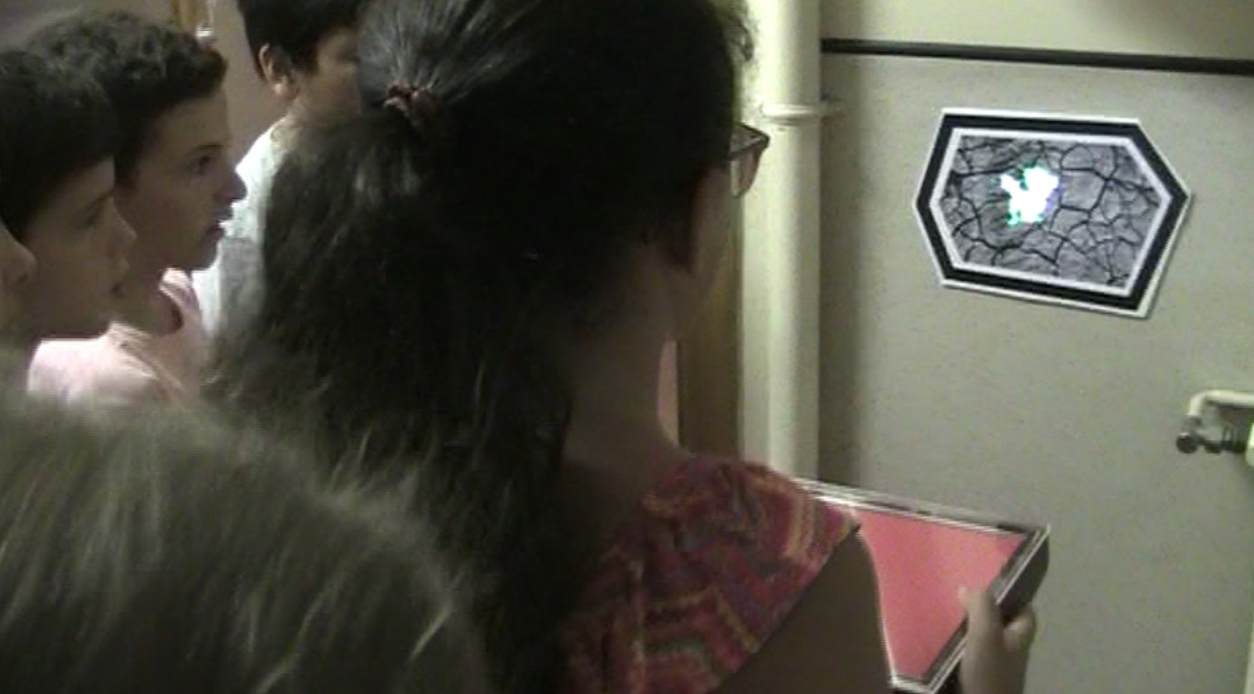 The project is funded by the Spanish Ministry of Economy and Competitiveness.