UPF launches the Glocal Challenges course, within the EUTOPIA project

UPF launches the Glocal Challenges course, within the EUTOPIA project

The subject will be taught during the third term and is part of the second phase of the Open Innovation Challenge, within which several projects will be developed to solve local and global problems. 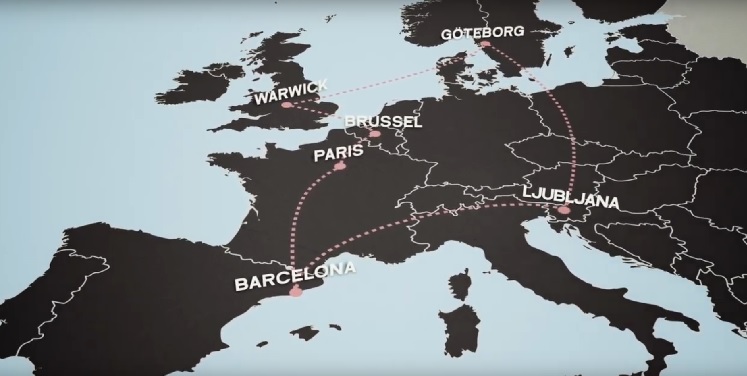 UPF has launched the subject Glocal Challenges, which is included in the EUTOPIA project. The call was opened to all students who were interested, as an optional subject on their syllabus. The course will be taught during the third term by professors Miquel Oliver and Elisabet Ducocastella, of the Department of Information and Communication Technologies (DTIC).

The course will be taught by professors Miquel Oliver and Elisabet Ducocastella, of the Department of Information and Communication Technologies.

The initiative has been structured according to two phases. The first consisted of identifying the challenges for addressing, which revolved around five Sustainable Development Goals (SDGs): climate emergency, sustainable mobility, healthy eating, reducing inequality, and safe and sustainable cities and communities. Students from the six universities of the alliance – Warwick, Ljubljana, CY Cergy Paris, Göteborg, VUB Brussels and Pompeu Fabra – picked up on these problems through some of the events organized by EUTOPIA, such as the WeDiscover Days Barcelona and EUTOPIA Week.

The EUTOPIA project is divided into seven Working Packages, each with its own specific goal. The Open Innovation Challenge, led by UPF, is part of Working Package 4. In this stage, in teams, the selected students will carry out a project with the aim of thinking and finding solutions to real problems and casuistries of our society. The problems the projects will deal with will be at both local and European Union level.

The two final challenges were, first, ‘People’, aimed at ending poverty and hunger, and ‘Partnership’, aimed at strengthening global solidarity.

UPF will develop this goal through the subject Glocal Challenges, a fusion of ‘local’ and ‘global’. At the last WeDiscover Week BXLS two major final and joint challenges were chosen for all the universities of the Alliance around which they would develop their projects. The two final challenges were, first, ‘People’, aimed at ending poverty and hunger, ensuring that humankind can live in dignity and equality, and ‘Partnership’, aimed at strengthening global solidarity.

The projects that will be worked on at UPF are CatAjut  and Mobility in university cities, with regard to ‘People’, and  Analysis of the relationship between the delay in youth emancipation and socioeconomic status in Barcelona and  LIVBA Liveable Barcelona, with regard to ‘Partnership’.

Now, through the newly created subject, which is integrated into the Barcelona Program for Interdisciplinary Studies (BaPis), these four projects will be developed. The purpose of the course is to show how students and current generations are the ones who will be able to address the challenges of the present and the future. To achieve this, participants will make a series of inspirational visits, with different agents from economic, business, humanistic and artistic spheres. The students will thus become agents for change, promoters of the solution to a real problem of today’s society, precisely through projects that they themselves will develop.

Of the four projects that will be developed between March and October 2021 at UPF, one will be chosen to go to the Hackathon organized by the University of Göteborg. There, the teams of the six universities of the Alliance that have developed the winning projects will compete against each other. Three of these will be selected to go on to the final at the University of Warwick in June 2022.

Of the four projects that will be developed between March and October 2021 at UPF, one will be chosen to go to the Hackathon organized by the University of Göteborg.

Finally, a jury made up of representatives of the EUTOPIA Pool of Partners (PoP), consisting of the organizations, institutions and companies affiliated to the project, and of international experts and EUTOPIA staff, will evaluate the projects of the finalists and choose the winner. The winning team will receive the resources to develop it.