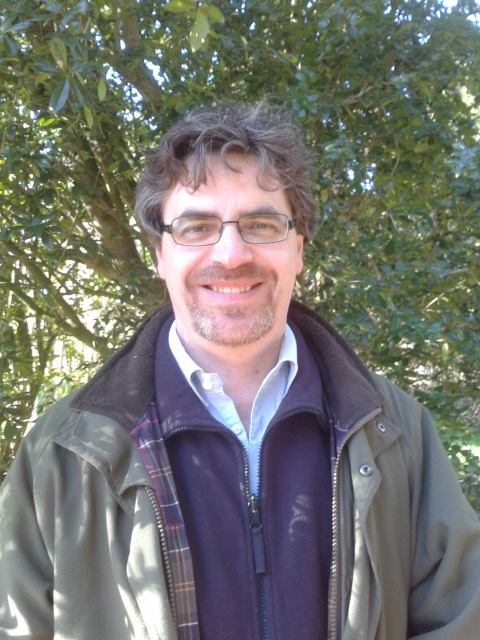 Joan-Pau Rubiés, is a specialist of late medieval and early modern travel writing and ethnography, and has a rich and important work on cultural encounters in South Asia such as  Travel and Ethnology in the Renaissance: South India through European Eyes, 1250-1625 (Past and Present Publications: Cambridge University Press, 2000) and Travellers and Cosmographers. Studies in the History of Early-Modern Travel and Ethnology (Aldershot: Ashgate, Variorum, 2007). His research is focused on the genre of travel writing and its impact, religious missions, religious dialogue, cultural mediation and the comparative history of early modern empires and globalization.

Profesor Rubiés did his degree in early Modern History at the University of Barcelona, where he obtained the extraordinary prize, and his PhD at King's College, Cambridge. He was Junior Resarch Fellow at Queens' College, Cambridge, and Jean Monnet Fellow at the European University Institute, Florence. He was Lecturer in Modern History at the University of Reading, and Reader in International History at the London School of Economics. In 2012 he took his current position as ICREA Research Professor at Universiat Pompeu Fabra. He is a member the Hakluyt Society, and from 2005 to 2010 he served in its Council. He is also a member of the Editorial Board for the Oxford edition of Richard Hakluyt's Principal Navigations of the English Nation, and of the Editorial Board of the Journal of Early Modern History: Contacts, Comparisons, Contrasts. Professor Rubiés was the recipient of a British Academy/Leverhulme Trust Senior Research Fellowship in 2003-04, and has twice been a Professeur invité at the École des Hautes Etudes et Sciences Sociales, in 2009 (Paris) and 2014 (Marseille).

Joan-Pau Rubiés is the author of numerous articles and contributions to books (for a full list click here). He has also edited Medieval Ethnographies. European Perceptions of the World Beyond, 'The Expansion of Latin Europe' vol. 9 (Ashgate, 2009);  Voyages and Visions: Towards a Cultural History of Travel (with Jaś Elsner) (London: Reaktion Books, 1999) and Shifting Cultures: Interaction and Discourse in the Expansion of Europe (with Henrietta Bugge) (Münster: Lit Verlag 1995). Professor Rubiés is currently writing a new monograph with the title Europe's New Worlds. Travel writing and the Origins of the Enlightenment, 1550-1750, to be published by Cambridge University Press. A book in Spanish,Misioneros Etnógrafos, is also forthcoming from Acantilado.

Professor Rubiés was part of a small team responsible for creating and developing a Master on the comparative history of empires at the London School of Economics (with a core element on Empires, Colonialism and Globalization, and a special subject on Cultural Encounters from the Renaissance to the Modern period). He contributes to the Master in World History at UPF and, together with Alexandre Coello, is offering a new course on ethnographies and cultural encounters.