A study by professors Libertad González (UPF) and Lídia Farré (UB) based on a survey conducted in April in Spain, shows how household chores have been shared out and the effect of the pandemic on itsmembers’ employment status. The results indicate a slight increase in men’s participation in housework, most notably with respect to shopping, for which they have taken responsibility, and a loss of nearly 20 percentage points on average regarding employment. 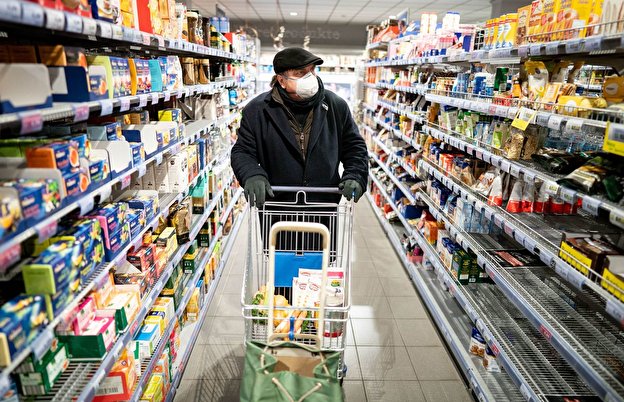 Due to the coronavirus crisis, lockdown began on 14 March in Spain leading to a significant increase in the volume of household tasks as a result of both the closure of schools and the inability to outsource cleaning and the preparation of food.

How have this unprecedented situation and the new ways of living together, compared to what was previously “normal”, affected the distribution of household chores between men and women, and what effects has the pandemic had on the employment situation of the couple?

"We have found that the distribution of housework is very biased towards women, both before and during lockdown".

These are the main questions that the study carried out by Libertad González, professor of the Department of Economics and Business at UPF and of the Barcelona GSE, member of the Centre for Gender Studies (CEDG) at the University, and Lídia Farré, professor at the Department of Econometrics, Statistics and Applied Economics at the University of Barcelona, seeks to answer.

The study is based on a survey carried out in Spain between 4 and 30 April 2020 on a sample of 7,091 individuals. According to the authors, it is not a representative sample but is (auto)selected, as participation was voluntary, but it is informative.

The survey focused on Spanish households (mostly in Catalonia) inhabited by different sex couples with children under sixteen years under their responsibility (in 88% of cases), with special representation by women (75%) and people with a university education (58%).

“We have found that the distribution of housework is very biased towards women, both before and during lockdown”, Libertad González claims. In her opinion, “the increase in the volume of household chores has had to be shared, but most of the weight of these extra tasks has fallen with the person who already performed them before, the woman, in most households”.

Slight increase participation by men, who havetaken charge of the shopping

The study divides household chores into five groups: cleaning, shopping, clothes, food and child care, both with regard to leisure and education, and analyses whether responsibility falls with men, women, or both equally.

The only activity for which men have been primarily responsible during lockdown is doing the shopping, the task for which the greatest change has been noted. To a lesser extent, an increase in men taking responsibility for looking after the children during leisure time has also been detected, which is divided equally.

The only activity for which men have been primarily responsible during lockdown is doing the shopping.

The tasks for which women are clearly still responsible are doing the laundry (39 points more than men), the cleaning (29 points more) and taking care of the children’s education, which despite being more equally shared, still falls with women rather than men with a 24-point difference.

The exception to this situation is the task of doing the shopping, for which men have become responsible, by about 10 points over woman. Thus, compared to prior to lockdown, when men undertook 20% of the shopping, in the new situation this percentage has nearly doubled, reaching 38%, while for women this percentage has fallen from 38% to 28%. In the remaining households, 35% of families, shopping is performed equally by men and women.

Libertad González says that although the study does not look into interpreting this change of attitude, it may be an issue of preferences when carrying out activities outside of the home, and may also be related to women’s greater risk aversion. “Lockdown has added a little more of the same: the division of household tasks is still focused on women, except for this change regarding shopping, which now seems to be a primarily male task”, the researcher summarizes.

However, the study finds that men slightly increase their participation in all domestic chores. In general, before lockdown in Spain, men took care of 36% of household tasks and less than 10% did half. With lockdown, men have come to do an average of 40% of tasks, and 25% do at least half of the work.

A second area analysed by the study is how the coronavirus crisis has affected the employment situation of the members of the household, and the results are devastating: there has been a loss of 20 percentage points on average concerning employment, similar between men and women, and particularly affects workers with a low educational level.

It is not clear what the long-term effects on gender role attitudes might be.

During lockdown, even in cases where both parents continue to work, women undertake twice the burden of household tasks than men.

According to the researchers, who have launched a parallel analysis dealing with these issues in other European countries, it is not clear what the long-term effects on gender role attitudes might be. “The future is not very optimistic for women, who it seems will have more difficulties to reconcile the new employment and family scenario we have entered”, says Libertad González.