The regular consumption of olive oil may help to live longer, however, clinical trails have not confirmed this - Archive

The regular consumption of olive oil may help to live longer, however, clinical trails have not confirmed this

The regular consumption of olive oil may help to live longer, however, clinical trails have not confirmed this

A new evaluation by Nutrimedia reveals that there is still some uncertainty as to the beneficial effects of olive oil on mortality in a healthy population. One of the research limitations is to isolate the effect of one item of food from the effect of a diet, as is the case with olive oil and the Mediterranean diet. 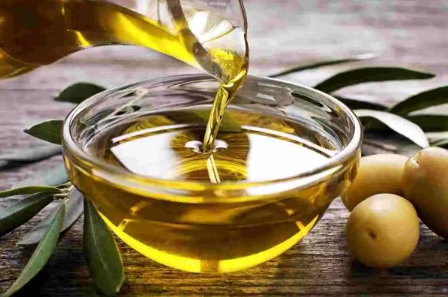 One of the benefits attributed to the consumption of olive oil as the main fat in the Mediterranean diet is extended longevity. This message appears from time to time in the news, generally with the publication of new studies analysing the association of the consumption of this fat with premature mortality. However, the scientific evidence analysed in a new evaluation by Nutrimedia reveals that the habitual consumption of olive oil in a healthy population may reduce premature mortality little or not at all.

“Although there is evidence from observational studies that shows that among healthy adults who habitually consume olive oil premature mortality is lower, these results have not been confirmed in clinical trials”, highlights the evaluation by Nutrimedia, a project of the Science Communication Observatory at Pompeu Fabra University (OCC-UPF) and the Iberoamerican Cochrane Center.

“Although there is evidence from observational studies that shows that among healthy adults who habitually consume olive oil premature mortality is lower, these results have not been confirmed in clinical trials"

The only major clinical trial to address, albeit indirectly, whether the consumption of olive oil extends life is the PREDIMED study. In this Spanish study published in 2018, the world benchmark on the prevention of cardiovascular diseases with the Mediterranean diet, it was found that the cardiovascular mortality of people who followed an olive oil-enriched Mediterranean diet for 4.8 years was slightly lower or equal to that of those who followed a low-fat diet.

This possible benefit of olive oil consumption on mortality has also been found in observational studies. A study in 2022 with data from more than 60,000 women and 31,000 men from North America, followed up over 28 years, has shown that replacing margarine, butter, mayonnaise, and dairy fats with olive oil is associated with a lower risk of mortality.

Nevertheless, the evidence from observational studies does not allow concluding that the consumption of olive oil is the cause of the reduction in mortality. This is because, among other reasons, it is difficult to separate the effect of olive oil from that of other foods in a diet, and people who consume olive oil may also exercise more or have other healthy habits.

In clinical trials, as in the case of PREDIMED, the cardiovascular benefit of the Mediterranean diet has been confirmed, mainly for the prevention of stroke, but there is still uncertainty about the benefit of olive oil consumption regarding cardiovascular mortality. As highlighted in the Nutrimedia report, diet is a series of foods and in nutritional studies it is difficult to have a control group with zero consumption of the food under study. Due to this and other constraints, it is not easy to attribute a health benefit to one particular food, as is the case of olive oil.