The research, led by members of the CaSEs research group at UPF and published in the journal PLOS ONE, represents the first application of pXRF (-portable X-ray fluorescence analysis), combined with geostatistical data analysis, to anthropogenic sediments in Africa. The article focuses on the Iron Age stone-walled site of Seoke (Botswana) dated 18th century. Such sites are notoriously difficult to approach using traditional methods due to their large size and the thinness of the archaeological deposit. 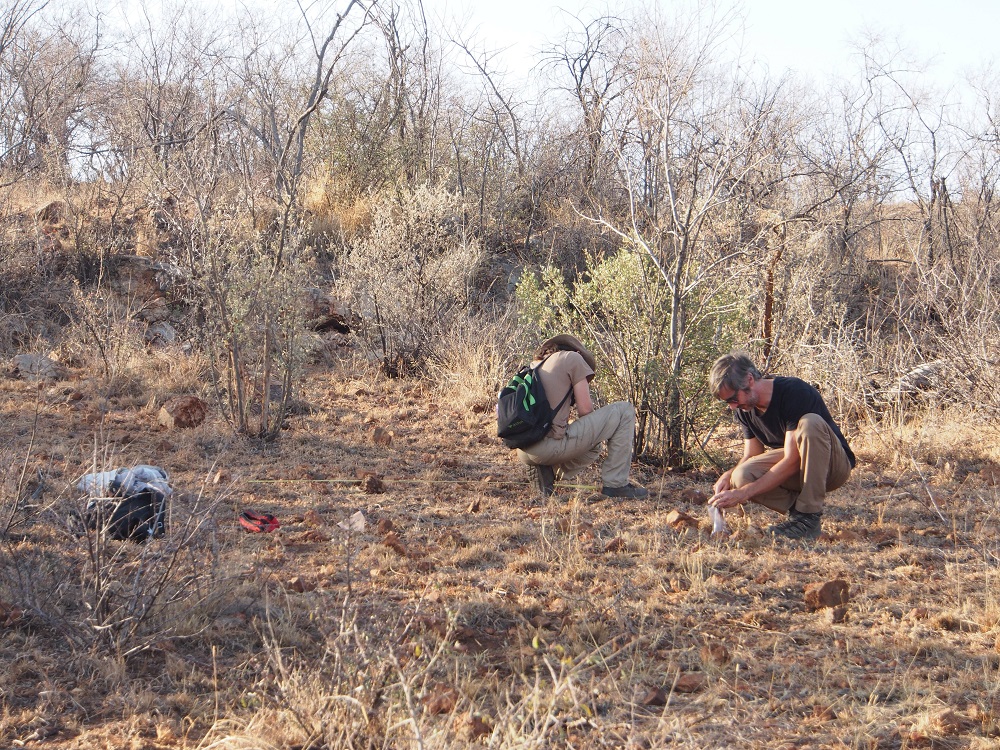 An international archaeological study, led by researchers from the Culture and Socio-Ecological Dynamics (CaSEs) research group at Pompeu Fabra University, has advanced in the understanding and preservation of archaeological sites and in improving their analysis and surveying, thanks to the application of pXRF (portable X-ray fluorescence analysis) to anthropogenic sediments in Africa. It is a rapid, inexpensive, non-invasive procedure, which enables generating an additional archaeological record from the anthropogenic deposit by analysing chemical elements, combined with geostatistics.

It is a rapid, inexpensive, non-invasive procedure, which enables generating an additional archaeological record from the anthropogenic deposit by analysing chemical elements, combined with geostatistics.

The procedure, which has been successfully tested on the stone walled site of Seoke in Botswana, southern Africa, dating from the eighteenth century AD, is the result of research led by Stefano Biagetti, a member of the CaSEs research group, recently published in the journal PLOS ONE, co-funded by the Palarq Foundation. It has also involved CaSEs members Jonas Alcaina-Mateos, Abel Ruiz-Giralt, Carla Lancelotti and Shira Gur-Arie (now at the University of Munich, Germany), along with Patricia Groenewald (University of Cape Town, South Africa), Jordi Ibáñez-Insa (Geosciences Barcelona, GEO3BCN-CSIC), Fred Morton (University of Botswana), and Stefania Merlo (University of Cambridge, UK). 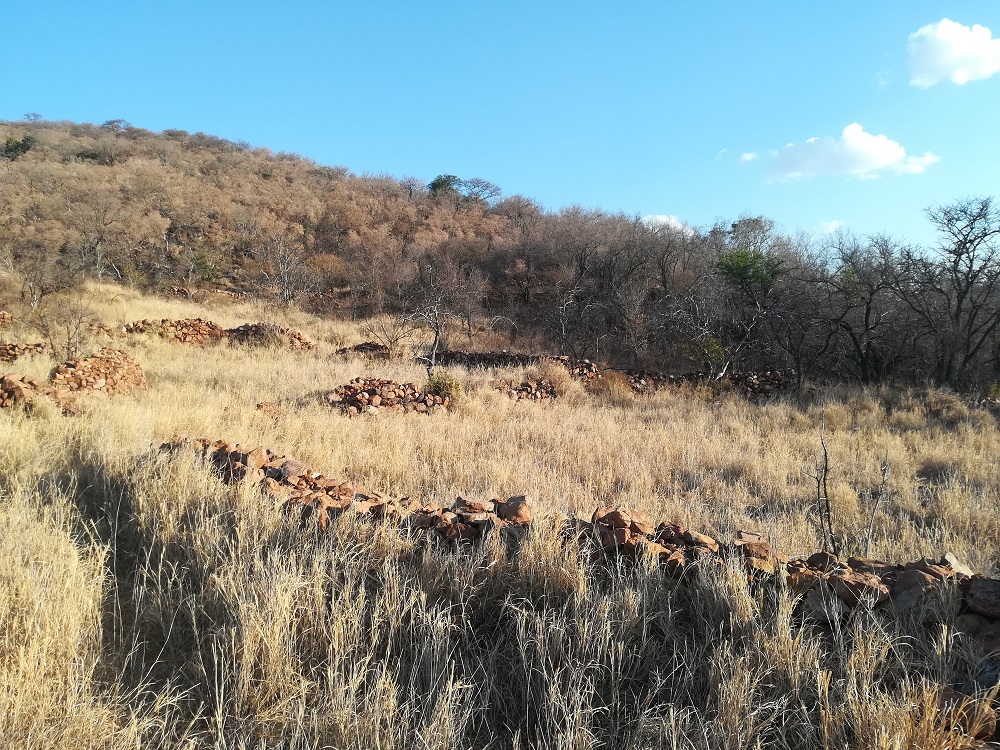 Stone-walled sites are settlements belonging to the southern African Iron Age, which emerged around 1200 AD, whose size and shape vary considerably. Their name reflects the dry stone wall structures that characterize them, and they were occupied by various Bantu-speaking farming and herding communities: they farmed, hunted and worshipped livestock as a source of both economic and political wealth.

“Our procedure goes beyond the visible archaeological evidence, as it provides information on the use that was made of the space, and confirms or clarifies the possible functions of the areas analysed".

Despite the long tradition of research on the use of space in these settlements, based mainly on ethnographic evidence and excavating small areas of some sites, to date it had proved difficult to perform this analysis using traditional approaches, beyond a general, large-scale architectural assessment: these sites were occupied for short periods of time (one or two generations), they are characterized by the scarce thickness of the archaeological deposits where few objects are found, and they include a large number of stone structures of similar morphology, which complicates identifying the various uses made of them.

“Our procedure goes beyond the visible archaeological evidence, as it provides information on the use that was made of the space, and confirms or clarifies the possible functions of the areas analysed. The research we have conducted has also revealed the existence of ‘invisible’ archaeological features that cannot be identified by naked eye in traditional field work”, Stefano Biagetti explains. pXRF analysis provides rapid results (no more than four minutes per sample), enables analysing relatively large areas in a short time, and the field laboratory can be easily set up, avoiding having to transport large amounts of sediment. 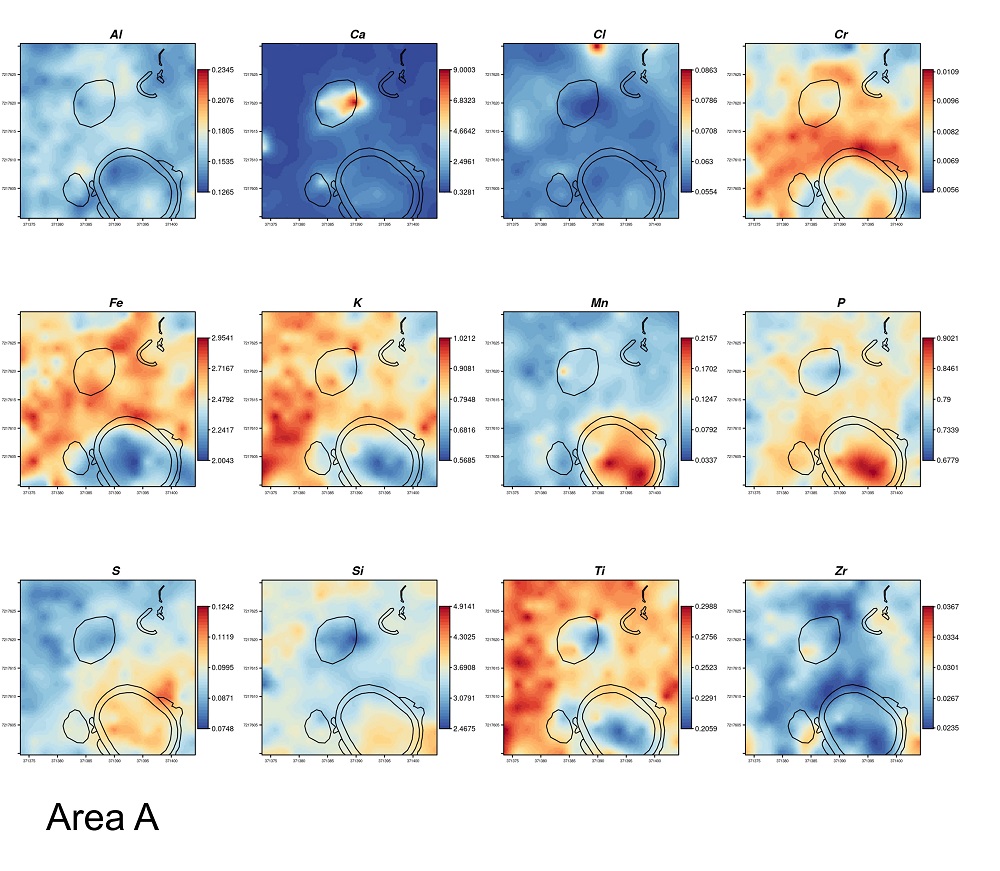 Human settlements can leave evidence in the form of chemical elements in site sediments, that allow identifying many human activities (e.g., areas of the home, for the preparation and consumption of food, burials, handicraft production, storage, livestock, etc.) . “The chemical markers provide an invaluable approach to determine past and recent activities of a place, to understand the spatial dynamics of these activities, and interpret architectural structures in relation to their functions and uses”, the authors state.

The potential of this new approach lies in the fact that traces of chemical elements represent repetitive use in certain areas.

The potential of this new approach lies in the fact that traces of chemical elements represent repetitive use in certain areas. “The focus shifts from the absolute values of the chemical elements to their presence, combination, and especially any anomalies created by their deviation from the average for the samples”, they state.

Having analysed the Seoke site using the pXRF device and a geostatistical technique called ‘Kriging’, the researchers detected, for example, phosphorus, indicating the presence of livestock; concentrations of organic materials, referring to the presence of middens; metals such as chromium, iron and zirconium, which fit the hypothesis of an area used as a workshop or for storage, where metal tools may have been used to shape pottery, clearing, wood-cutting, etc.; and silicon, indicating a possible area for processing and storing grain. 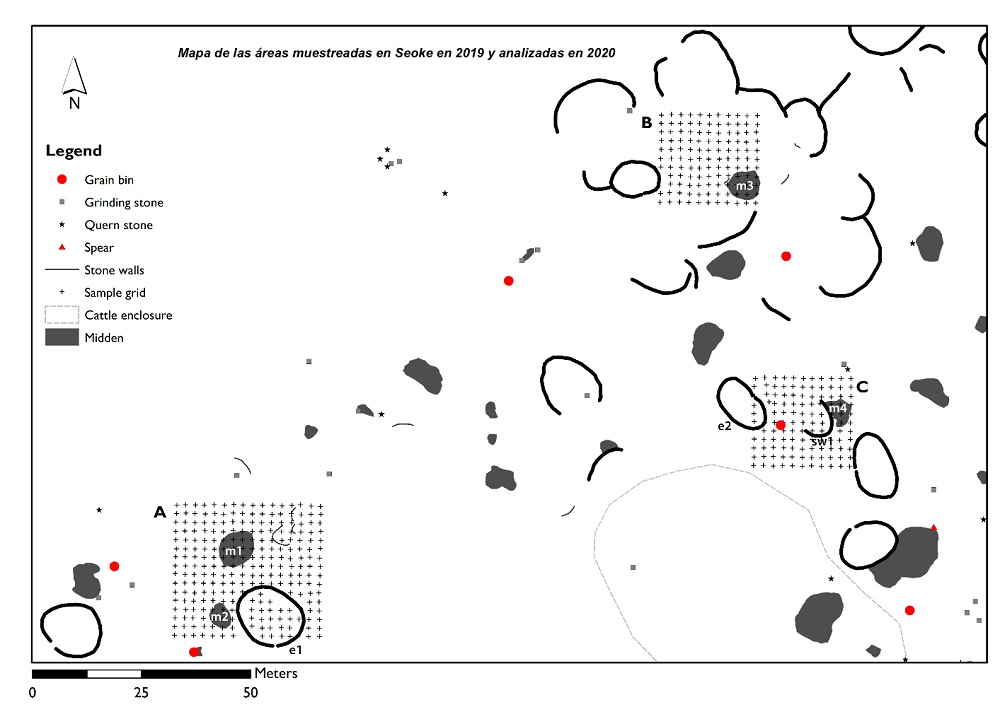 An innovative procedure that points to its use in future research

The authors stress that this pioneering procedure in the use of non-invasive techniques might enable unprecedented possibilities in understanding African archaeological sites, without disturbing the cultural heritage through new excavations. “The most promising achievement of our study is that pXRF performs well in the deposits of stone walled sites. The results presented here can be used critically to design surveys and digs at other sites of similar characteristics, and more generally at any other open-air site”, they assure.

This research is part of the project “GeoEtnoarqueologia y uso del espacio (GEA)”, directed by Stefano Biagetti and co-funded by the Palarq Foundation (2019 and 2020 calls), the School of Geography, Archaeology and Environmental Studies of the University of the Witwatersrand (Johannesburg, South Africa), and the University of Botswana. 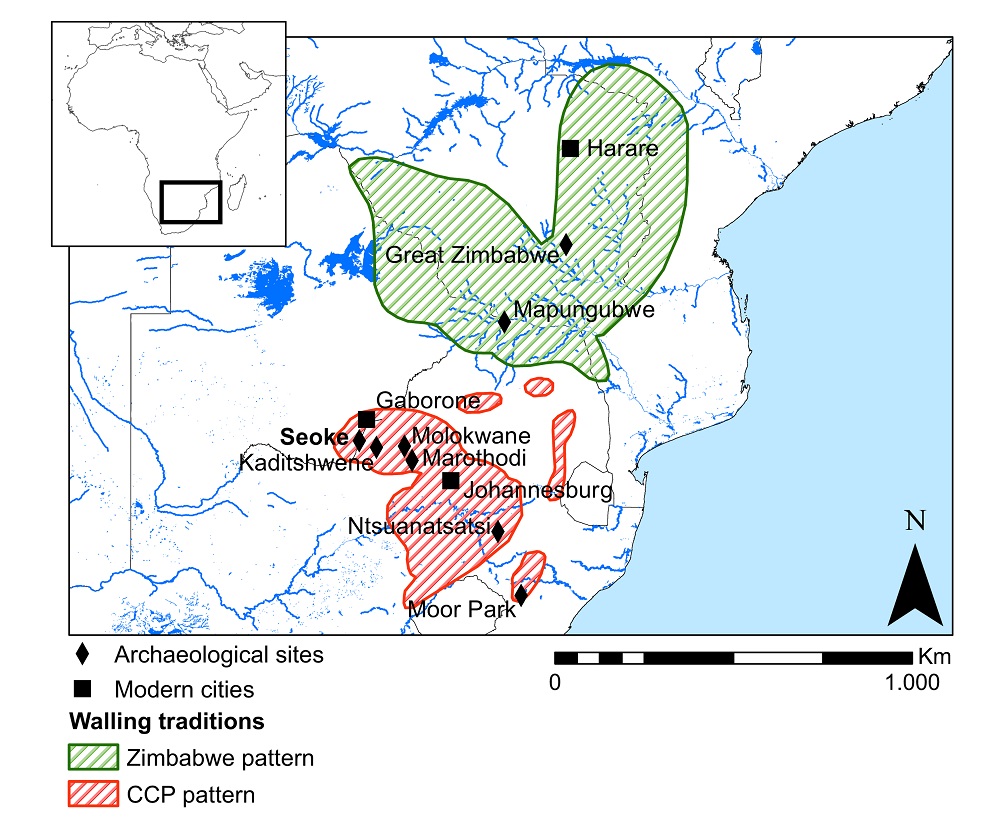