The construction of the new building, which will begin in 2022, launches the old Fish market multidisciplinary research hub, promoted by UPF, Barcelona City Council and the Generalitat (Government) of Catalonia under the ‘Citadel of Knowledge’ initiative 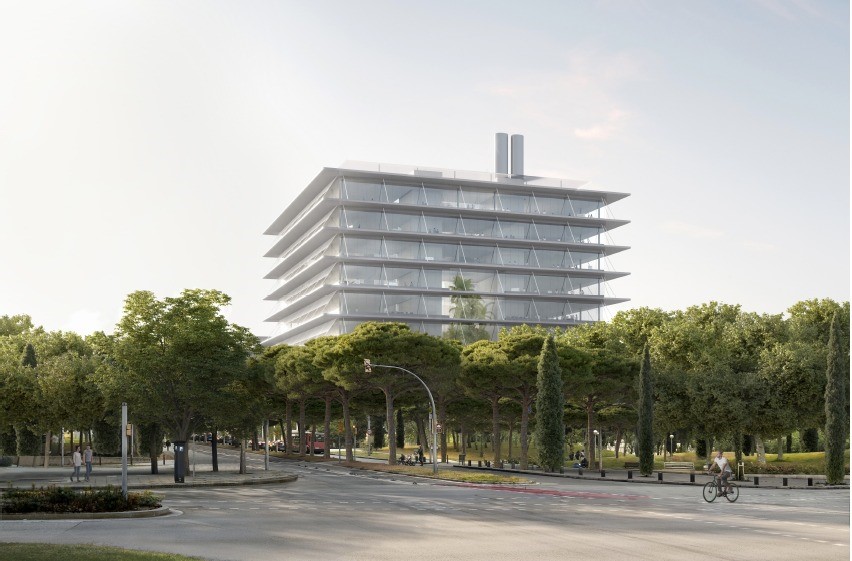 The Barcelona Institute of Science and Technology (BIST) has selected the Barcelona studio Barozzi Veiga to draft the basic and executive projects for its new building to be located on the grounds of the old Fish market, next to the Ciutadella Park. The BIST building, whose construction is scheduled to begin in 2022, is the first piece of the ambitious Citadel of Knowledge initiative, promoted by Barcelona City Council, the Catalan Government and Pompeu Fabra University to transform the Ciutadella Park area into a hub of research and innovation.

The jury of the BIST International Architecture Competition, chaired by Dr. Jordi Camí, director of the Barcelona Biomedical Research Park, with Oriol Clos Costa (architect), Beth Galí (architect appointed by the College of Architects of Catalonia), Xavier Matilla (chief architect of Barcelona City Council), Sito Alarcón (biologist), Ramon Sagarra (industrial engineer), and Margarida Corominas (doctor of Economics and manager of the IRB Barcelona), praised the solvency of the proposal and the fulfilment of all the requirements, both insofar as urban planning and with regard to its functional, economic and environmental aspects.

The jury also positively valued the quality of the proposal by the team of Moneo Brock/Baas/CasaSolo, which came second, for the effort to link the project with its surroundings and the organization of the ground floor, with an off-centre courtyard that enables generating different-sized spaces. The other three finalists were teams Pich-Aguilera/2BMFG Arquitectes/JC Ingenieros, BIG+IDOM, and Woods Bagot.

The winning studio was founded in 2004 in Barcelona by Fabrizzio Barozzi and Alberto Veiga and has received numerous awards including the Mies van der Rohe award for Contemporary Architecture in 2015 for the Szczecin Philharmonic Hall (Poland). In 2019 they were awarded the “Best Architects 20” prize and the Chicago Atheneum International Award for the Bündner Museum of Fine Arts in Chur (Switzerland). Other outstanding buildings by the studio that have received extensive international recognition are the Tanzhaus cultural centre in Zürich and the Cantonal Museum of Fine Arts in Lausanne. The BIST building will be the first to be built by the Barozzi Veiga team in Barcelona.

The new building, which will house more than 500 researchers and some sixty research groups from four BIST centres (CRG, IBEC, ICN2 and IRB Barcelona), will have a floor area of nearly 25,000 m2 spread over several storeys dedicated to multidisciplinary research. The works are endowed with an overall budget of 50 million euros.

The Citadel of Knowledge is starting to take shape

The new BIST building at the old Fish market complex is the first piece of the ambitious Citadel of Knowledge initiative, promoted by Barcelona City Council, the Generalitat (Government) of Catalonia and UPF to turn the surroundings of the Ciutadella Park, in the centre of Barcelona, into a benchmark urban hub of knowledge in southern Europe for biomedicine, biodiversity and planetary wellbeing. Last March, the Barcelona City Council Planning Committee approved the reform of the Urban Plan that allows the conversion of the land currently occupied by a parking lot, between Wellington and Sardenya streets and Avinguda Icària, into a research complex.