A new study has compared broad-spectrum epigenetic signals in cell lines of humans and other primates and identified some specific regulatory elements in humans that are directly involved in neuronal functions in the brain. 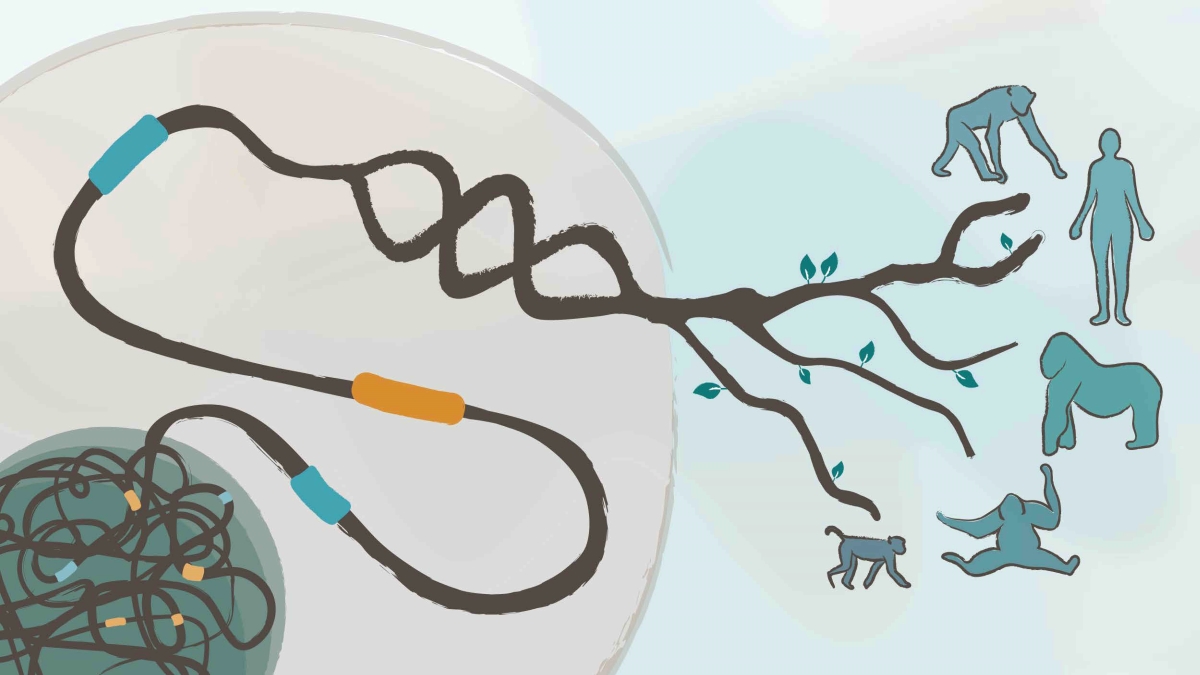 Although each organism has a unique genome, a single gene sequence, each individual has many epigenomes. An epigenome consists of chemical compounds and proteins that can bind to DNA and regulate gene action, either by activating or deactivating them or producing organ- or tissue-specific proteins. As it is a highly dynamic material, it can provide a large amount of information to shed light on the evolution of the various tissues and organs that make up the body.

Now, a team from the Institute of Evolutionary Biology (IBE), a joint centre of the Spanish National Research Council (CSIC) and Pompeu Fabra University, has carried out the largest study to date on the regulatory elements in the genome of primates. The exhaustive analysis conducted by the research team led by Tomas Marquès-Bonet, principal investigator of the Comparative Genomics research group at the IBE, has analysed a wide spectrum of signals regulating genes in the great apes and in humans, including weak activity signals that have been overlooked in previous studies. The study, co-led by the researcher David Juan of the IBE, has revealed that in humans, the weakest regulatory signals, that are not usually studied, play an important role in the regulation of genes linked to brain. The research opens the door to deciphering the impact that these signals may have on the evolution of humans and other primates.

The research lab has carried out the largest study to date on the regulatory elements in the genome of primates.

“In the study we used lymphoblastoid cell lines from humans and other primates because they provide a solid foundation as a model. Then we compared epigenomic signals between the different species, including the weakest activity signals in our analysis”, comments Raquel García, a PhD with the Comparative Genomics group of the IBE and first author of the article.

“When we focused on detecting those specific characteristics of humans in the weakest epigenomic signals, we saw that they are related to brain functions”, explains Paula Esteller, a PhD student with Marquès-Bonet’s group and study co-author. “This opens the door to studying the role of weak epigenomic signals in depth, as they may play an important role in various organs of humans and of other primates”.

The study includes weak epigenomic signals, usually ignored, and it has been seen that in humans they are related to brain functions.

The study, carried out using lymphoblastoid cells, which are easily accessible and easy to culture, suggests that this model could provide information on other more inaccessible tissues, such as the brain. The research could help understand how primates’ cells are regulated and which of these mechanisms have been conserved over the course of evolution. The study also provides a comprehensive resource of genomic and epigenomic data on primates that are made available to the entire scientific community.