A paper published on 4 January in the open access journal Nature Human Behavior by Gustavo Deco, director of the Brain and Cognition Center, and Morten L. Kringelbach, a professor in the Department of Psychiatry at Oxford University (UK) and the Center for Music in the Brain, University of Aarhus (Denmark). 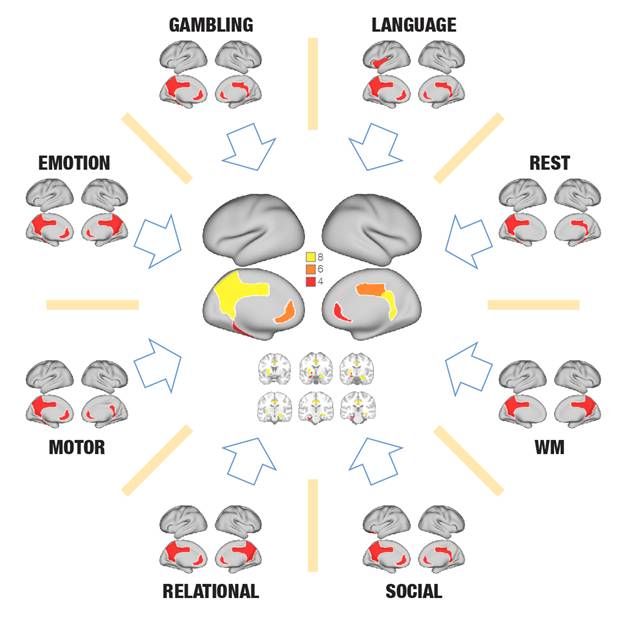 The celebrations in the 250th anniversary of the birth of Ludwig van Beethoven would not be the same without Herbert von Karajan’s brilliant performances conducting Beethoven’s memorable symphonies. The execution of any musical symphony is a hugely difficult task, demanding very significant skills on the part of each individual musician – but perhaps the most difficult task lies with the conductor who has to orchestrate the musicians into making the music cohesively come alive and speak to our deepest emotions.

In many ways the human brain is like an orchestra, where different regions perform very different types of processing, such as in the individual musician in the orchestra who needs to be able to read the music, play their instrument and listen to the music produced. Still, the role of the conductor is different, namely to coordinate and orchestrate the output of each musician into a cohesive whole. Without a conductor, the music invariably fails – as shown beautifully in Fellini’s magisterial film “Prova d'orchestra” (eng. “Musical rehearsal”).

It has been proposed that the human brain is similar to an orchestra in that it is hierarchically organised but that there is unlikely to be just a single conductor. Instead, in 1988 psychologist Bernard Baars proposed the concept of a ‘global workspace’, where information is integrated in a small group of ‘conductors’ before being broadcast to the whole brain. This much celebrated theory proposes an elegant solution to how hierarchical organisation allows the brain to orchestrate function and behaviour by organising the flow of information and the underlying computations necessary for survival. As such, this is a theory of consciousness as pointed out by neuroscientists Stanislas Dehaene and Jean-Pierre Changeux, who proposed the ‘global neuronal workspace’ hypothesis where associative perceptual, motor, attention, memory, and value areas interconnect to form a higher-level unified space where information is broadly shared and broadcast back to lower-level processors. Colloquially, the brain’s global workspace is thus akin to a small core assembly of people in charge of an organisation; in other words like a group of many Von Karajans leading a musical orchestra.

Yet, until now it has not been known where and how this orchestration takes place in the human brain. It is only with the new paper ”Revisiting the Global Workspace orchestrating the hierarchical organisation of the human brain” published the leading open-access journal Nature Human Behaviour on Monday 4th of January 2021 that researchers have discovered the existence of a functional ‘rich club’ of brain regions incarnating this ‘global workpace’. This radical new discovery resulted from Profs Gustavo Deco and Morten L Kringelbach’s international collaboration between Center for Brain and Cognition at University Pompeu Fabra, Barcelona (Spain) and Department of Psychiatry, University of Oxford (UK) and Center for Music in the Brain, University of Aarhus. Based on a large dataset of over 1000 human participants with functional magnetic resonance imaging (fMRI) recordings, the findings have shed new light on the nature of consciousness.

Prof Deco says: “To identify the global workspace, we determined the information flow between brain regions by means of a normalised directed transfer entropy framework applied to multimodal neuroimaging data a large group of healthy participants. This revealed for the first time a set of unique brain regions orchestrating information from perceptual, long-term memory, evaluative and attentional systems across many different tasks. Furthermore, we confirmed the causal significance and robustness of our results by systematically lesioning a generative whole-brain model”.

Prof Kringelbach adds: “Our findings shed light on a major unsolved challenging problem in neuroscience. While the results presented here pertain to the global workspace of conscious task processing, future work could use our framework to investigate other states such as sleep and anaesthesia, allowing for a direct comparison with other theories of consciousness. Equally, our framework could be used to investigate unbalanced brain states in neuropsychiatric disorders and be used to perturb and rebalance the model to identify novel optimal, causal paths to health”.