Stefano Biagetti, a member of the CaSEs Research Group of the UPF Department of Humanities, is leading the Geo-Ethnoarchaeology of the Use of Space project (GEA), which uses a portable X-ray fluorescence analyser to study the chemical traces present in the soil generated by human occupation. 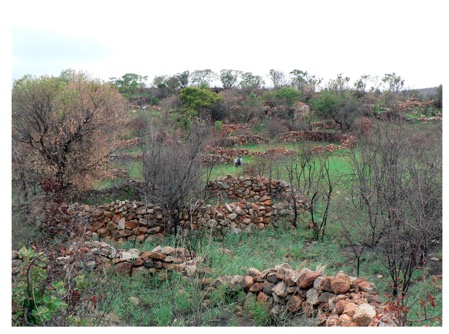 The culture of “Zimbabwe” includes several cultural entities that developed in South Africa from the end of the first millennium AD up until modern times.

During this period, a network of societies located between South Africa, Botswana, Mozambique and Zimbabwe was organized into states and cities, displaying different forms of hierarchy and political control over large areas of territory.

Famous for its capitals (cities) built using dry stone (stone walled sites), the culture of Zimbabwe is one of the most iconic African cultural developments.

GEA, the first geo-ethnoarchaeological study applied to archaeology in southern Africa, is a multidisciplinary project.

Stone walled sites are the most recognizable feature of these political organizations and form the most evident archaeological element in the region. These sites are characterized by monumental architecture and very short lengths of human occupation (one or two generations).

Therefore, the sites of dry stone walls are highly visible, but their archaeological deposit is not very consistent, leading “traditional” digs to provide little information.

A project of institutional cooperation, with the notable participation of UPF

To improve the analysis and understanding of these sites, the GEA project (Geo-Ethnoarchaeology of the Use of Space) has been created (includes a video with a masterclass by Stefano Biagetti) co-funded by the Palarq Foundation, the School of Geography, Archaeology and Environmental Studies of the University of Witwatersrand (Johannesburg, South Africa) and the University of Botswana.

The project is led by Stefano Biagetti, a member of the Complexity and Socio-Ecological Dynamics Research Group (CaSEs) of the UPF Department of Humanities, leading a team comprising Marco Madella and Jonas Alcaina-Mateos (CaSEs),  Stefania Merlo (University of Witwatersrand), and Fred Morton (University of Botswana).

“The goal of GEA is to generate a richer archaeological record by means of an innovative geo-ethnoarchaeological methodology applied to anthropogenic sediments in stone wall deposits”, Stefano Biagetti affirms, through research based on the observation of modern societies to provide knowledge about human activities and the formation of the archaeological record.

GEA, the first ethnoarchaeological study applied to archaeology in southern Africa, is a multidisciplinary project as it includes such diverse disciplines as history, ethnography, archaeology, geochemistry, geo-statistics and the study of satellite images.

It arose from a collaboration with the ‘Seoke Project’ led by professor Fred Morton (University of Botswana), which is investigating the area of Kanye (Botswana) where three stone walled archaeological sites have been identified, occupied since the late 18th century until the beginning of the 19th century: Seoke, Pitsa and Mokolontwane.

Innovative analysis of chemicals trapped in the deposits

The GEA project analyses the chemicals trapped in the archaeological deposits, considered as “artefacts” caused by anthropogenic activities: “The identification and quantification of chemical elements is being increasingly applied in archaeology to identify daily activities of the past in an archaeological site to understand the spatial dynamics of these activities and relate the architectural structures with their function”, Stefano Biagetti asserts.

The CaSEs-UPF researcher explains that GEA is trying out a new, rapid, on-site, low-cost technique, the pXRF (portable X-ray fluorescence analyser), to identify human activities related to the chemical markers that remain in the soil. The distribution of chemical elements will be modelled using multivariate geo-statistical methods.

“Current ethnographics will have a key role in the exploration of chemical traces of human activities, because it improves our ability to render interpretations and contributes to the development of better founded spatial distribution models. The first results are really promising and will be published soon”, stresses Stefano Biagetti, who hopes that this project will provide solid data and serve for the area of southern Africa, so far absent from the archaeological research agenda, to enter the debate on such issues as social complexity and adaptation to arid areas. 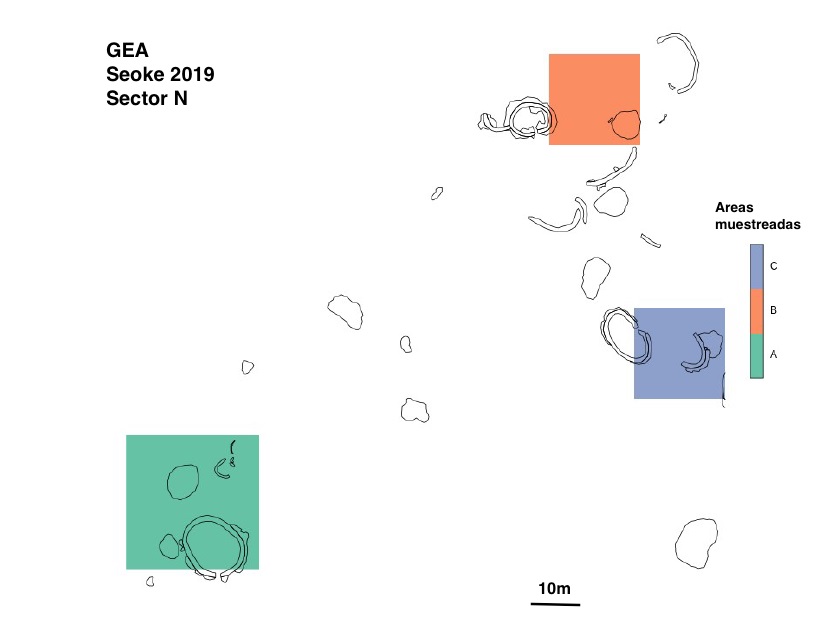