Children improve their narrative performance with the help of rhythmic gestures

Children improve their narrative performance with the help of rhythmic gestures

These are the results of a study by Ingrid Vilà-Giménez and Pilar Prieto (ICREA), researchers at the Department of Translation and Language Sciences, in which the authors studied the behaviour of 47 children aged 5 to 6. The results of the study have been published in the journal Developmental Science. 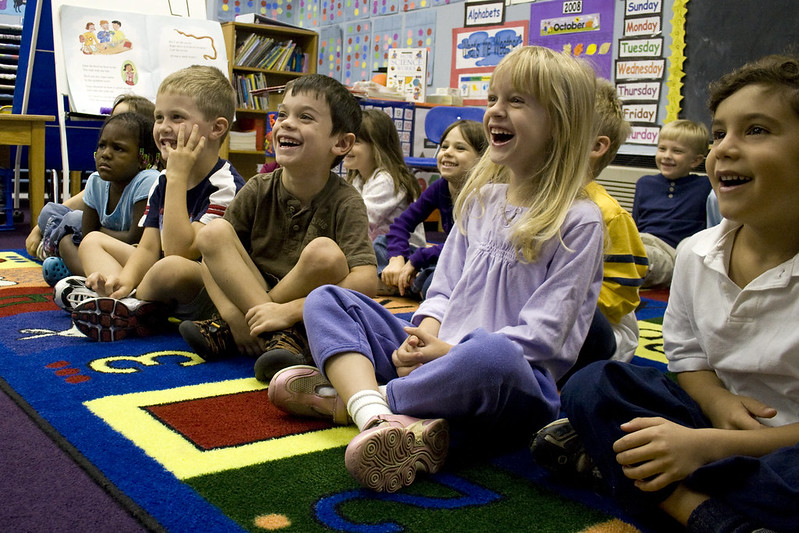 Gesture is an integral part of language development. Recent studies carried out by the same authors in collaboration with other members of the Prosodic Studies Group (GrEP) coordinated by Pilar Prieto, ICREA research professor Department of Translation and Language Sciences at UPF, have shown that when the speaker accompanies oral communication with rhythmic gesture, preschool children are observed to better understand the message and improve their oral skills. A new study goes a step further and studies for the first time the potential value of the fact that children produce rhythmic gestures while expressing themselves orally.

“In this study, we investigated whether encouraging children to produce rhythmic gestures can help improve the quality of their oral storytelling”, explains Ingrid Vilà-Giménez, first author of the paper and member of Pilar Prieto’s research team, co-author of the work recently published in the journal Developmental Science. To conduct this research, the authors studied the behaviour of 47 children aged 5 to 6. 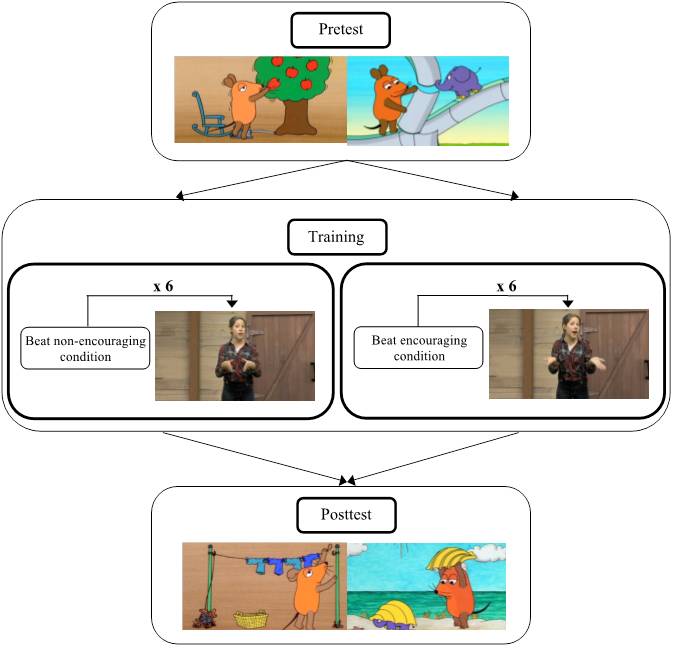 To study the children’s oral narrative skills, the children were divided into two groups and received a training session in which they were presented with a total of six animated cartoon stories under one of the two experimental conditions. One group of children was limited to observing video recordings by narrators accompanying the stories using rhythmic gestures, and then the children had to re-enact the story they had been told. The other group was asked to perform the same task, but then they were asked to explain the stories helping themselves by using hand movements, just as they had seen it being done by the narrators of the stories in the recording.

The results showed that the production of rhythmic gestures during narrative training helps the children to tell better structured stories that are also explained more fluently.

The researchers analysed the stories about the animated cartoons, looking at structure and narrative flow, and compared the scores obtained between the two experimental groups. The results showed that the children from the group that had used rhythmic gestures in the training phase achieved improvements in their oral narrative skills, both from the point of view of narrative structure and from the point of view fluency, compared to the group of children who were asked to simply retell the story without receiving any instructions regarding the production of gestures.

These results show that encouraging children to use rhythmic gestures while narrating a story helps to improve the quality of their narrations and, consequently, their oral skills. The study suggests that body movements are linguistically relevant because they play an important role in the development of language. In short, a multimodal training where children narrate stories using rhythmic gestures can help improve their oral narrative skills.