Zenia Hellgren, a member of the GRITIM-UPF research group, is the principal investigator of the project funded by the EU, with the collaboration of Barcelona City Council and the Federation of Roma Associations in Catalonia. 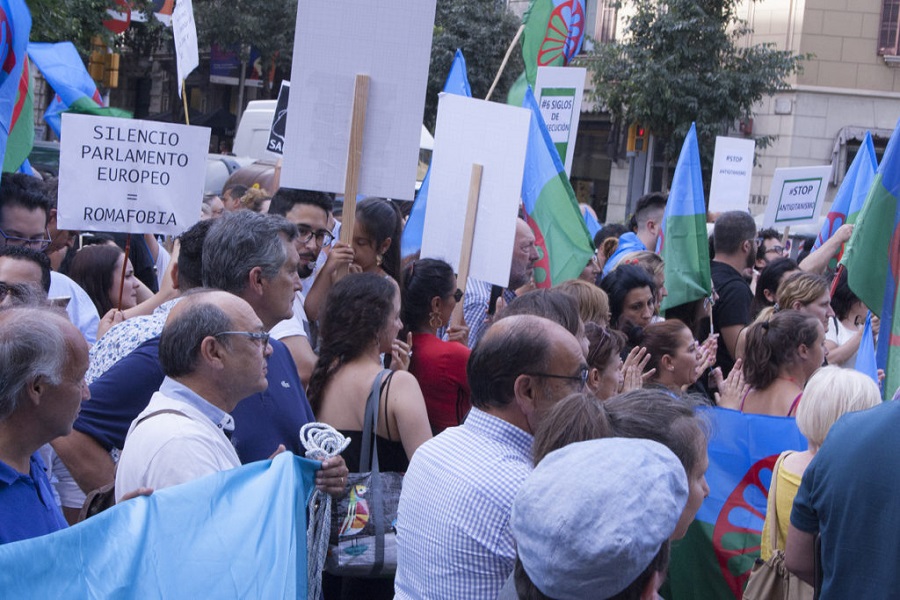 The research project “Action Program for Effective Reporting of Antigypsyism and Discrimination” (AGREP) aims to strengthen the fight against and effectively denounce antigypsyism and the multiple forms of discrimination against Roma people in the metropolitan area of Barcelona, a reality that clashes explicitly with the focus of the policy of the local and regional authorities.

Zenia Hellgren, a member of the Interdisciplinary Research Group on Immigration (GRITIM-UPF) of the Department of Political and Social Sciences at UPF, is the principal investigator of the project, leading a network of collaborators that includes the Federation of Roma Associations in Catalonia (FAGIC) and Barcelona City Council’s Office for Non-Discrimination.

“The current policies and measures are clearly insufficient to effectively combat discriminatory practices that hinder opportunities for Roma people”.

“Discrimination against Roma communities is widespread in Barcelona, Spain and elsewhere in Europe, though rarely denounced. The current policies and measures are clearly insufficient to effectively combat discriminatory practices that hinder opportunities for Roma people”, Zenia Hellgren explains. Some examples of discrimination she mentions are access to employment or housing, educational projects or even harassment and insults in public places.

AGREP, which will start to develop in early 2020 and is to last 24 months, is endowed with a total budget of 300,000 euros, funded under the framework of the European Commission’s Rights, Equality and Citizenship (REC) programme.  This programme seeks to promote and protect equality and the rights of individuals, as stipulated in the Treaty, the Charter and international conventions on human rights.

To measure and combat the discrimination suffered by Roma people

According to the GRITIM-UPF researcher, the programme has two main goals: first, to draw up the map and document the extent and nature of discrimination against Roma people in a wide range of situations, and second, to establish measures to prevent, report and combat discrimination efficiently using training tools. In addition, a central part of the first phase of the project is to develop a flexible computer tool to record and report discrimination.

The project will be implemented in some dozen districts of Barcelona with high percentages of Roma population through the development of a structure in which local activists that belong to this group will be trained in the fight against discrimination. To carry out this task, they will be provided with the previously developed tool that will allow them effectively to inform Barcelona City Council’s Office for Non-Discrimination about the discrimination experienced.

In addition to training agents of the Roma community, the programme will also provide training for key actors of various Catalan institutions, from education, the social services and the police force, who should operate as “antidiscrimination agents” to raise awareness and prevent such conduct.

AGREP is based in part on the findings of the Vakeripen project, conducted by the GRITIM between 2017 and 2018, of which Zenia Hellgren was also the principal investigator. This project, which combines qualitative research and social work, aimed to improve both practical aspects and knowledge about the construction of sustainable working models against exclusion, school failure and dropping out of studies among the Roma community.