Following is a list of finished (or discontinued) research and R+D projects (excluding Reactable), which I have lead or supervised at the MTG. It includes both externally sponsored and funded projects, typically resulting from competitive calls from public institutions and developed in collaboration with other research groups (such as EC funded projects), as well as tipically smaller internal projects, carried by our research team. Notice that my personal "art and media projects", mostly developed during the 1990s, are not included here, but on a section of their own.

From the research carried out by the Musical and Advanced Interaction research area we have developed a number of technologies that are being used in real applications, either commercial or academic, such as: 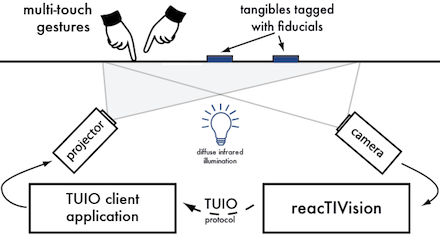