Protein quality control during physiology, after stress and in aging 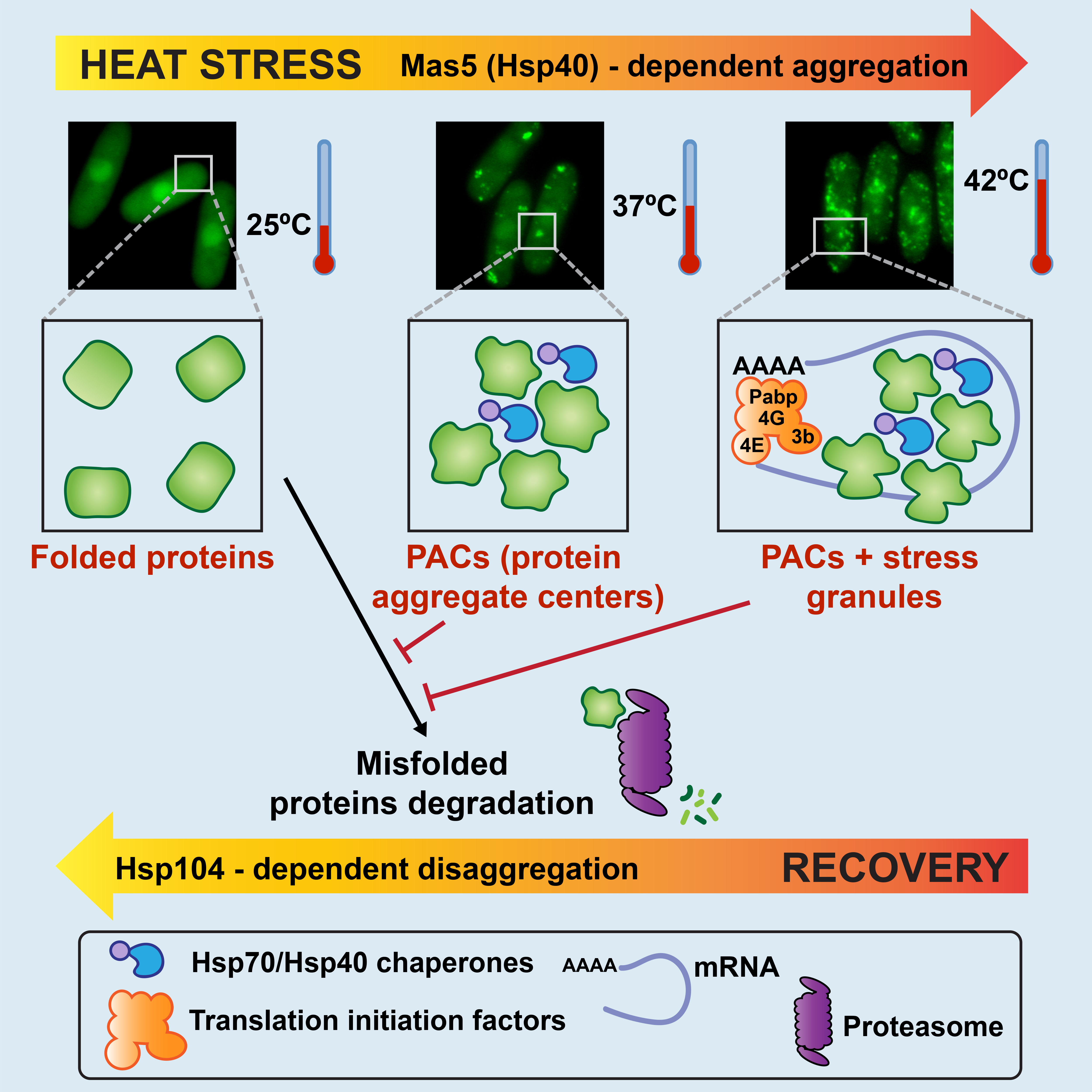 H2O2 fluctuations can jeopardize cell fitness and growth by damaging all type of biomolecules, and protein oxidation is a hallmark of oxidative toxicity.  In particular, we are interested in the protein quality control (PQC) network, which aims at maintaining the bulk proteome in its native/soluble form, and how heat shock can alter this equilibrium towards misfolded and even aggregated forms.  Very briefly, the PQC network include chaperones and protein degradation systems (ubiquitin-proteasome system and autophagy).  Using misfolding protein reporters, we have demonstrated that upon mild heat shock the reporter collapses in protein aggregate centers (PACs). They contain and/or require several chaperones such as Hsp104, and the Hsp40/70 couple Mas5/Ssa2.  In contrast to the general believe, the dominant fate of these PACs is not degradation, and the aggregated reporter can be disassembled by chaperones and recovers native structure and activity.  In conclusion, formation of PACs during heat shock is a chaperone-mediated adaptation strategy.

Oxidative stress can also alter the PQC equilibrium.  We are currently studying regulators of protein carbonylation and of protein aggregation, taking as a model the human glutamine-rich protein huntingtin, causing Huntington disease.  Our goal is to understand the fate of oxidized proteins.

Finally, impairments in the PQC system have been hypothesized to participate in the aging process.We are studying how chaperones, proteasome and autophagy are regulated during chronological aging, and whether they participate in lifespan by controlling the fate of oxidized proteins.