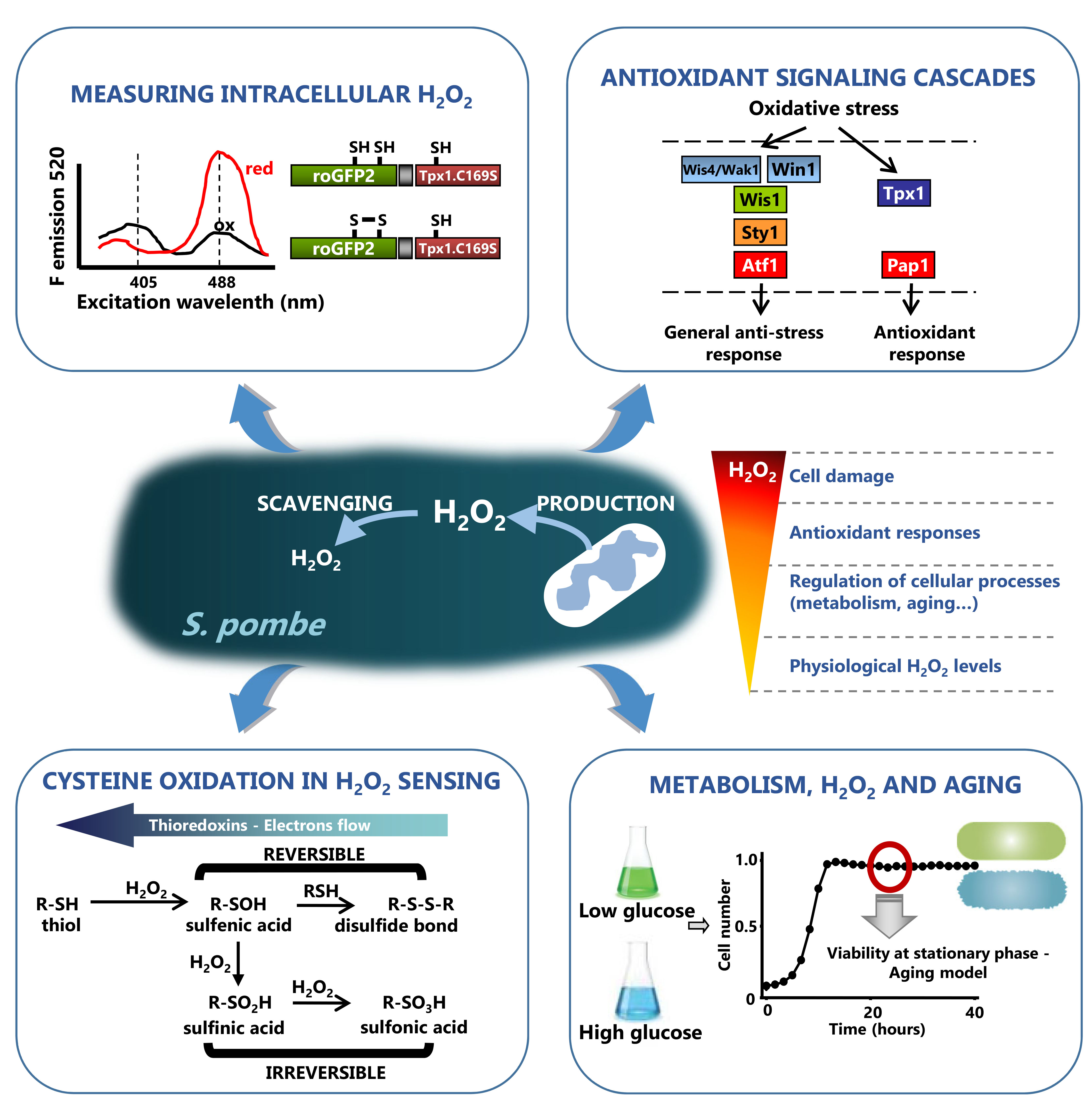 Oxidative stress has traditionally been linked to damage, but intracellular fluctuations of hydrogen peroxide (H2O2) can also activate antioxidant pathways.Establishing the intracellular concentrations linked to signaling or to toxicity is not a trivial issue, and we have developed genetically encoded reporters to monitor cytosolic H2O2 fluctuations arising from exogenous sources or from mitochondrial activity.

Anti-oxidant signaling cascades, namely the Pap1 and Sty1 pathways, are essential for stress survival.We aim at understanding the molecular basis of the massive shift of the gene expression program driven by the transcription factors Pap1 and Atf1.Another goal of our group is to understand why some cysteine residues in protein sensors are reversibly oxidized by peroxides, and which electron donor systems (thioredoxins and/or glutaredoxins) restore the inactive state of these sensors.

Finally, numerous experimental evidences indicate that stress responses and respiratory metabolism are linked, and we are investigating the cross-talk between glucose-responding and stress-dependent cascades, and its connection to a healthy aging.