Jose A. Moreno made a three-month stay at the Université Libre de Bruxelles in autumn 2021

Back Jose A. Moreno made a three-month stay at the Université Libre de Bruxelles in autumn 2021

Jose A. Moreno made a three-month stay at the Université Libre de Bruxelles in autumn 2021

Jose Antonio Moreno, FPU predoctoral researcher at CritiCC, carried out a three-month stay at the Institute of European Studies of the Université Libre de Bruxelles (IEE-ULB), in Belgium, between September and November 2021.
23.09.2022

The objective of this stay was to conduct fieldwork (interviews) with Accredited Parliamentary Assistants involved in climate issues. The purpose was to find out which think tanks they are familiar with, and which are useful to them in their parliamentary work. The fieldwork is also part of one of the objectives of the THINKClima research project, led by professor Núria Almiron.

Thus, during the three months, Jose Antonio was able to establish contact with both the interdisciplinary staff of the IEE-ULB, who guided him in his fieldwork, and with people linked to European institutions. This contact with the so-called "EU Bubble" was not only useful for achieving the objectives of his PhD thesis, but also gave him a closer look at the performance of interest groups in the capital of the European Union. All this knowledge was also useful for her teaching in the subject Communication & Interest Groups, of the Degree in Advertising and Public Relations at the Universitat Pompeu Fabra, where issues related to the activity of lobbies and think tanks and their communicative aspects are dealt with.

In short, it was a very profitable stay that allowed this CritiCC member to establish both academic and personal links in a privileged environment for research in social sciences such as Brussels. 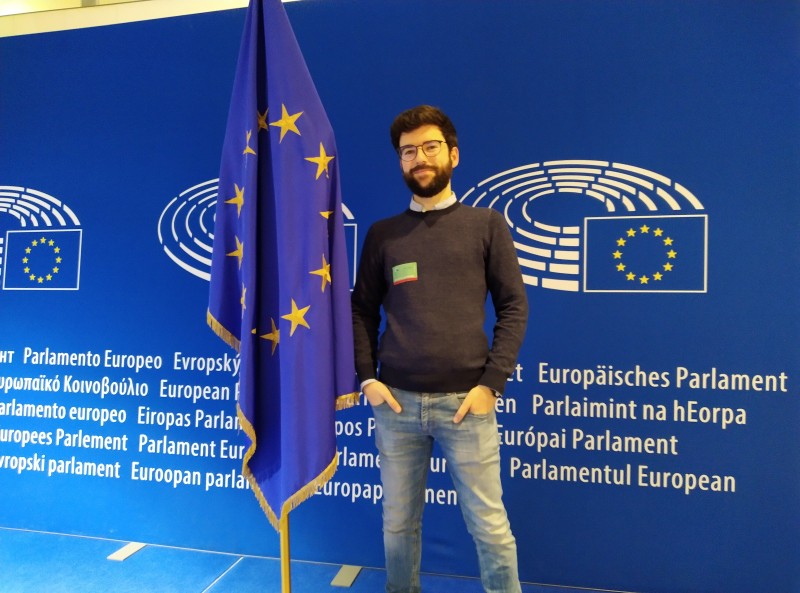 Jose Antonio at the European Parliament in November 2021.