UPF immersed in the organization of activities to commemorate Llull Year

UPF immersed in the organization of activities to commemorate Llull Year

They have helped raise awareness of the life and work of this unique character and contribute to visualizing the impact and the fascination that his figure has aroused in numerous contemporary artists. 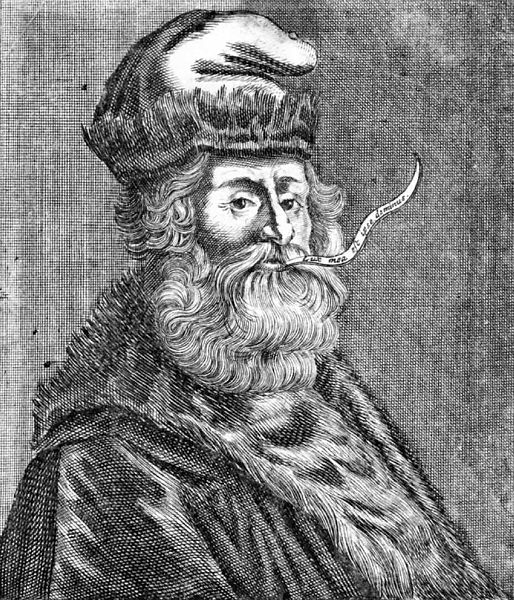 In the framework of the commemoration of the seventh centenary of the death of Ramon Llull in 2016, UPF has organized a series of outreach actions and activities in accordance with its mission as a Catalan university, clearly committed to the humanities and the link between the sciences and the arts.

The activities held have served, on the one hand, to inform as to the life and work of this unique character, an inescapable referent of intercultural and interreligious dialogue with a model of thought that, for many, represents a clear forerunner of computer language. On the other hand, with these activities UPF has also sought to contribute to visualizing the impact and the fascination that the figure of Llull has aroused in numerous contemporary artists.

Under the guidance of Amador Vega, full professor of Aesthetics and Art Theory of the Department of Humanities and curator of Llull Year at the University, four specific actions were scheduled: the installation of the sculpture “The stairway of knowledge” on the Ciutadella campus; the exhibition “The thinking machine: Ramon Llull and the Ars Combinatoria” at the Center of Contemporary Culture of Barcelona (CCCB); a course on Ramon Llull’s ars magna with choreographer Cesc Gelabert, and the creation of a MOOC about his influence on art, literature, science and technology.

Vega has had the support of Pelegrí Viader, UPF general secretary, Javier Aparicio, Culture delegate, and Ivan Pintor, professor of the department of Communication, in the organization of the events, all of them members of the steering committee of the celebratory events.

“It is significant that a University campus should enjoy Ramon Llull’s on its campus, as he is considered the father of the network, because he wanted to connect the different scientific disciplines and create a grammar of knowledge”. These are the words used by Amador Vega during the presentation of the installation of the sculpture “The stairway of knowledge”, a work by the artist Alfons Alzamora, on 30 March 2016. 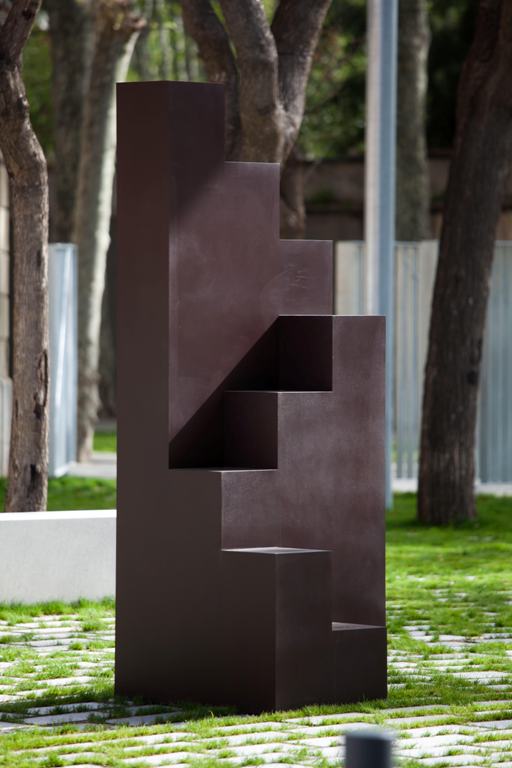 The sculpture, a donation by Fundació Vila Casas, is located in the Jordi Rubió i Balaguer agora of the Ciutadella campus, in front of the new building of the Pasqual Maragall Foundation. The inauguration ceremony was presided over by Jaume Casals, rector of UPF, and was attended, among others, by Santi Vila, minister of Culture of the Generalitat (Catalan Government).

A path towards perfection with eight different levels

In “The stairway of knowledge”, Alfonso Alzamora (Barcelona, 1951) places 36 iron cubes (each one represents an essential truth) on eight different levels, where the values of occupied and unoccupied space are identical. On a square base of nine cubes, he removes one of them, with eight remaining, and from this absence, it starts to climb. On the second level there are seven cubes, on the third, six, and so on.

The artist seeks to place himself in a position that enables him to understand the Lullian system of thought, enjoying its symbolic aspect. He raises volumes from something in essence absent: there is an association between the piece rising and the increased knowledge up the stairway of the subjects, but what grabs your attention is that the sculpture rises from each missing piece.

According to Alfonso Alzamora, Llull’s “The stairway of knowledge” has eight steps, each one with a particular philosophical value. It symbolizes a path towards perfection, with eight ordered stages, classified in hierarchical order. Once successfully completed (“understood”), they should lead us to know God”.

> Photo Gallery of the event

> Video of the presentation

“The thinking machine. Ramon Llull and the Ars combinatoria”

The exhibition, curated by Amador Vega, was open to visitors at the CCCB from 14 July to 11 December 2016. It was recently chosen by the New York art magazine Hyperallergic as one of the fifteen best exhibitions in the world in the year 2016. 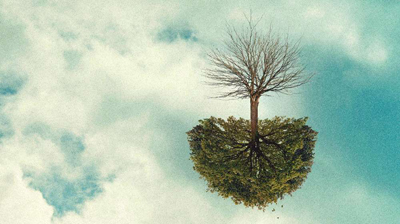 The display enjoyed the collaboration of the Interactive Technology research group of the Department of Information and Communication Technologies (DTIC) at UPF. Led by professor Josep Blat, they created a new animation production projected onto twelve large screens to illustrate the Codex of Karlsruhe, a manuscript depicting the main events of Llull’s life.

The exhibition sought to demonstrate the influence of the philosopher Ramon Llull on the arts, literature, science and technology, and it captured the new significance that this controversial figure has acquired today in the context of the discussion on the models of knowledge transfer.

The Ars combinatoria as a forerunner to ICT

“The thinking machine. Ramon Llull and the Ars combinatoria” revealed surprising and little known aspects of the thought of Ramon Llull, and proposed understanding the Ars combinatoria as a forerunner of the new technologies of information. The exhibition combined the historical documentation and the more recent perspectives of artists (more than 40) who have been inspired by the work of Llull, such as David Link, Ralf Baecker and Perejaume.

The Ars combinatoria is the method of knowledge invented by Llull, who proposed the unity of the different knowledge of the time, and through reason, demonstration and dialogue, was to bring peace among religions. It is a complex model of reality in which, like a large network, involves the world, man and God. It represents a complex mechanism of geometric figures and symbols that combine letters and concepts, and is announced as a new knowledge with universal pretensions.

To connect all the disciplines of knowledge of his time (astronomy, philosophy, theology, logic, medicine, law, etc.) Ramon Llull created the Ars magna: the intersection of all these disciplines composed reality.

Video about the exhibition by the CCCB

The Ars Magna with Cesc Gelabert

The renowned choreographer and dancer Cesc Gelabert also joined in the Llull Year commemorative activities at UPF by participating in the seminar “Ramon Llull’s Ars magna and its impact on the arts”, in the framework of the  master’s degree in Comparative Studies in Literature, Art and Thought of the Department of Humanities. The aim of the different sessions was to make the ideas of Ramon Llull dance, following the thought of the medieval philosopher, to make the bodily dimension dialogue with the intellectual. 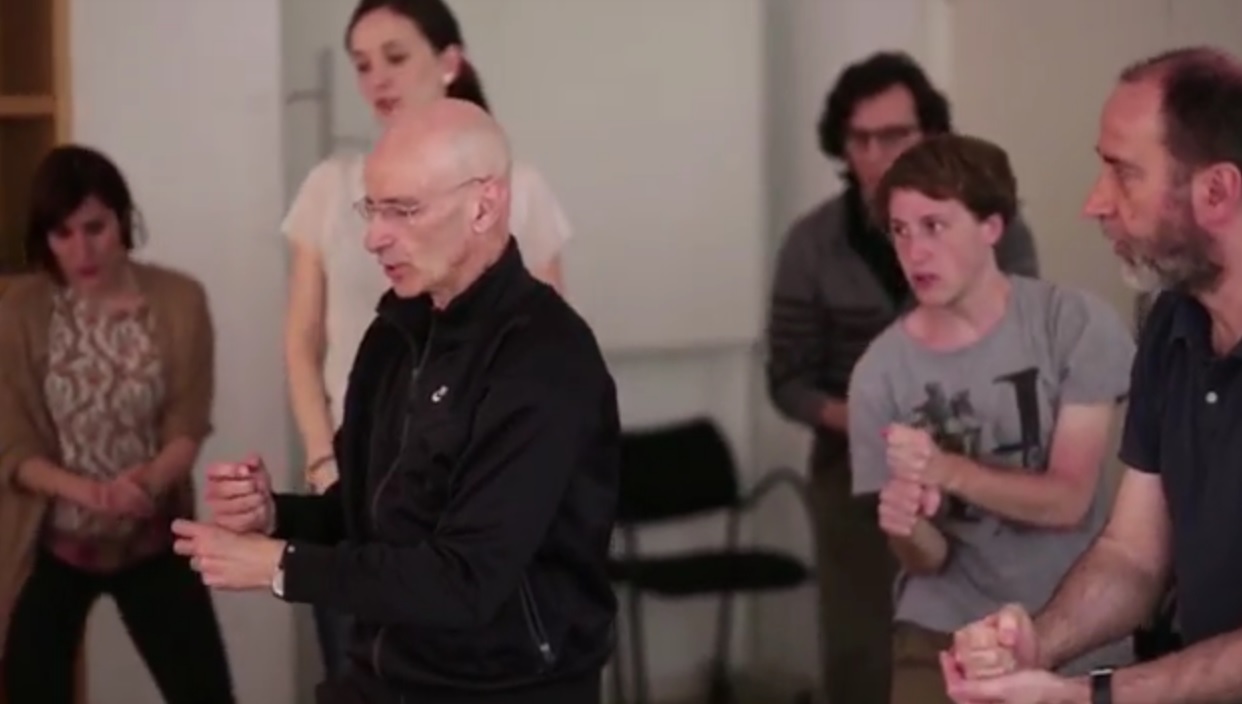 The course, the brainchild of Amador Vega, was organized in collaboration with Núria Bou and Ivan Pintor, professors of the Department of Communication of UPF and received a grant from UPF’s PlaCLIK 2016-2017 aimed at promoting innovative projects in the educational model.

In the different course sessions, Amador Vega presented the theoretical part of Llull’s thought, accompanied by reading and commenting on some texts, and Cesc Gelabert came up with a specific choreography for each text.

Llull Movens, video of a session with Cesc Gelabert

Llull stars in a MOOC

14 November saw the launch of “The understanding of Ramon Llull: Philosophy, Arts and Science through the Ars combinatoria”, a massive online open course (MOOC) focusing on the life and works of Ramon Llull, which analyses his influence on art, literature, science and technology. Coordinated by Amador Vega, it is based on the exhibition at the CCCB of which he was himself curator. 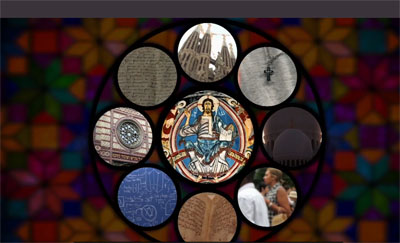 The new proposal of the UPF MOOC catalogue, which is available via the FutureLearn platform, has a duration of two weeks with English as the teaching language, but the audiovisual material is subtitled in Catalan and Spanish.

The main thread of the course is the Ars combinatoria, a method of knowledge and understanding that consisted of a complex mechanism of geometric shapes and symbols combining letters and concepts. It was a new branch of learning with universal aspirations, postulating the unity of the various branches of knowledge, and which sought to bring peace between religions by means of deduction, demonstration and dialogue.

This innovative methodology, which conceived the world, humanity and God as a broad network, is today gaining renewed importance, given the current debate on the new technologies and ways of sharing knowledge with others.

The course, on which Anna Serra, BA in Humanities at UPF, is also a teacher, examines the life and work (especially the tree of science) of the Majorcan philosopher. Also the events and circumstances that affected his work, and the influence it has had on a large number of thinkers, artists and writers throughout history.

Trailer of the MOOC on Ramon Llull