Transcending our walls to contribute to social welfare - Reports

Transcending our walls to contribute to social welfare

Transcending our walls to contribute to social welfare

One of the university’s main missions is to transfer its knowledge and create synergies with its community. UPF works hard to promote these activities through innovative initiatives. 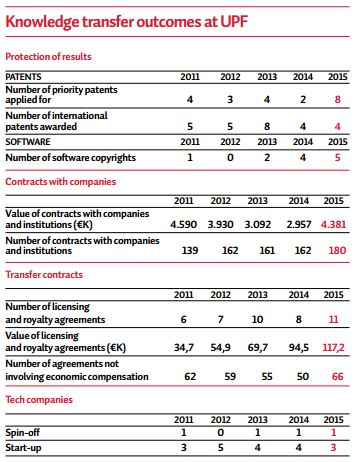 One of the university’s main missions is to transfer its knowledge and create synergies with its community. UPF works hard to promote these activities through innovative initiatives.

‘To promote innovation and social transformation. We must transcend the institution’s walls to generate synergies with society in order to contribute to social welfare and create value.’ With these sentences from its new 2016-2025 Strategic Plan, UPF has sought to underscore its desire to become an important player in its community, offering the knowledge it generates to society as a whole.

‘Top universities impact the societies that surround them not only by generating knowledge, but also through the transmission thereof, and that is one of the key challenges facing our university today’, said Francesc Posas, vice-rector for Scientific Policy and Teaching Staff at UPF.

‘That’s why we are doing our utmost to boost our capabilities in this regard by creating a framework for knowledge March 2016 March 2016 transfer accessible and available to all our investigators and especially designed to facilitate their initiatives’, he added. To this end, he continued, ‘we will strengthen the Innovation Unit-UPF Business Shuttle and have created UPF Ventures, a new tool for knowledge transfer’.

What does knowledge transfer mean and how is it achieved?

Through their research activity, universities generate knowledge that can and must be exploited by the surrounding communities. ‘There are two ways to transfer results to society, by pushing the knowledge or pulling it’, explained Mònica de Forn, head of the Innovation Unit-UPF Business Shuttle.

With pushing, it is the researcher who identifies an opportunity with commercial value for which there is not yet a defined market. Likewise, the institution itself looks for the best way to transfer it, for instance, through the assignment of patent licences or the creation of spin-offs. Indeed, showcasing the value of the research generated at UPF and making it available to society is one of the main objectives of the unit Forn leads.

‘How successfully knowledge can be exploited and brought to market largely depends on whether there exists a strategy to transfer it from academia to the business world’, Posas explained. At UPF, ‘we have established a new action framework for the creation of spinoffs and protection of industrial property and software, an indispensable aspect for optimal knowledge transfer’.

The process of exploiting research results and new technologies can be complex and generally consists of four main stages: identification of innovative results, often stemming from research projects; assessment of the potential to transfer the identified knowledge; protection of intellectual and industrial property rights; and commercialization. ‘The advice we offer depends on the type of project to be carried out’, Forn explained. ‘However, we always determine whether the identified results need further development before they will be viewed as an attractive candidate to be brought to market, as ultimately that is what the project’s success will largely hinge on.’

In this regard, the University is participating, through various projects, in initiatives intended to showcase the value of the knowledge it produces. Examples include the Catalan government’s Knowledge Industry Programme or the European Research Council’s Proof of Concept grant programme.

In the second case, that of ‘pulling’ knowledge, it is companies that turn to universities to help them meet an innovation need. They ask for experts to help them improve their products, services or processes. The resulting collaboration can take many forms, but the most common involve implementing R&D and innovation projects, providing consulting and advisory services, or using the university’s existing scientific infrastructure.

The challenge of making yourself visible

One of the most important factors for productive knowledge transfer is the dissemination of research results, both within and outside the institution. To this end, in late 2015, the university launched the UPF Knowledge Portal, ‘a website that allows us to publicly display the expertise and findings generated by the university’s research groups, helping us to hold ourselves accountable by explaining how we use the public resources we obtain’, explained Josep Jofre, deputy general manager of the Research and Economic Affairs Area. ‘It is a dynamic space that will evolve over time to include the latest research findings and identified technologies’, said de Forn.

The actions to disseminate the knowledge generated also include specific presentations of research projects to institutions and people from outside the university with a view to narrowing the gap between UPF and industry.

However, efforts are also made to disseminate this information within the university’s own walls. According to de Forn, ‘The Innovation UnitUPF Business Shuttle undertakes actions to raise awareness amongst the university’s researchers and doctoral students of the importance of knowledge transfer.’

UPF has a strong presence in TECNIO, a network of technological innovation centres and university research groups that have been officially recognized by the Catalan Agency for Competitiveness (ACC1Ó) for their ability to quickly and efficiently meet companies’ technological needs and thereby foster their competitiveness. To date, nine UPF research groups and units have earned this distinction:

A new tool for knowledge transfer

‘The university must constantly seek out ways to partner with industry, and UPF Ventures is a new tool to enable and facilitate innovation in this field’, explained Francesc Posas, vice-rector for Scientific Policy and Teaching Staff.

It is a pilot project being conducted in collaboration with the Catalan Directorate General for Universities, intended to make the process of exploiting knowledge and bringing it to market a two-way street. ‘It is not enough to offer diagnoses and classical prescriptions; it is necessary to take the initiative and proactively seek out transfer opportunities’, Posas noted.

In this regard, UPF Ventures should allow companies to identify both areas in which the university can help and opportunities for bringing the knowledge generated at UPF to market. The proposal is based on models that have been successfully implemented at benchmark universities in this area, such as Oxford or the Israeli university system.

Board of Trustees award for researchers and doctoral students

According to Núria Basi, president of UPF’s Board of Trustees, ‘Knowledge transfer is part of the very fabric of the university and is intrinsic to its mission.’ Moreover, she continued, ‘It is an essential aspect of its service to society.’ This is true to such an extent that, since 2007, the main body for the University’s societal participation has organized an award for UPF researchers and doctoral students to provide incentives in this area and underscore the importance of ensuring that society benefits from scientific advances.

Some UPF spin-offs and start-ups 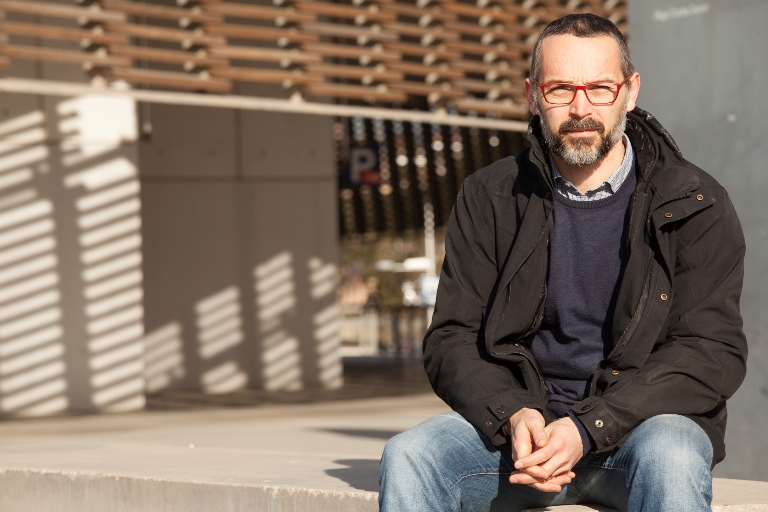 QGenomics was one of UPF’s first spin-offs, the product of knowledge generated by research groups linked to the university and the Centre for Genomic Regulation (CRG). It was hard at first, explained Lluís Armengol, one of the company’s founding partners, ‘but the attitude of the people we negotiated with at UPF convinced us not to throw in the towel’. According to Armengol, ‘It is important, when starting a business, to keep an open mind in order to achieve the goal of transferring knowledge from the university to society.’

The company’s core business is the development and application of products and services arising from genomic research to the healthcare sector. Future plans include ‘implementing the project in its entirety, consolidating our business in Spain, and struggling to carve out a niche for ourselves in the global market’, Armengol said. In his view, the key to success is ‘work, work and work to develop and offer tools to the market that provide solutions for current diagnostic challenges and enable improvements in patient care’ 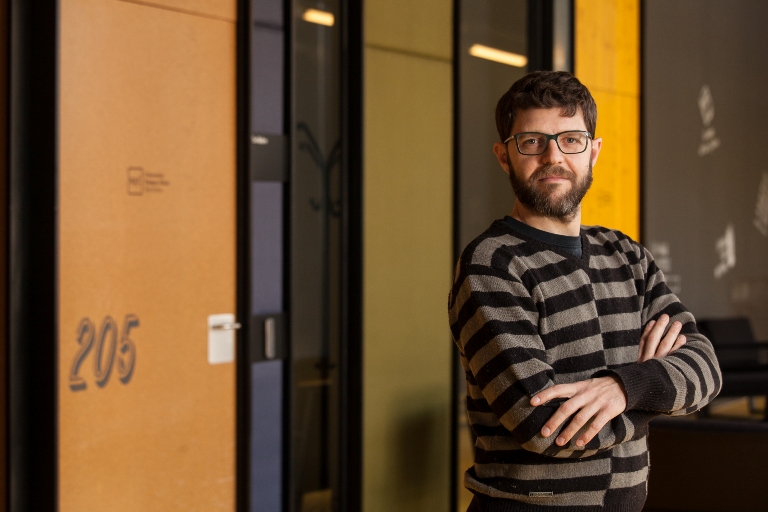 Voctro Labs is an initiative that arose from the Musical Technology Group in UPF’s Department of Information and Communication Technologies, devoted to ‘bringing voice processing and synthesis technologies to market’, in the words of founding partner Jordi Janer.

In 2011, after collaborating with the Japanese company Yamaha Corp., it began to sell the first virtual singers in Spain, Clara and Bruno, based on the Vocaloid technology. In late 2014, it was chosen by the European Commission as an example of a company with strong growth potential in the framework of the Open and Disruptive Innovation programme.

With regard to the company’s direct collaboration with UPF, Janer highlighted ‘having been able to sign a technology transfer agreement that included the licence to exploit a patent’. He takes an optimistic view of the future, noting, ‘We aim to be a leader in the field of voice technologies for the creative industries of music, film and videogames.’ That will involve successfully implementing a business model with some of the innovation projects the company is currently working on. 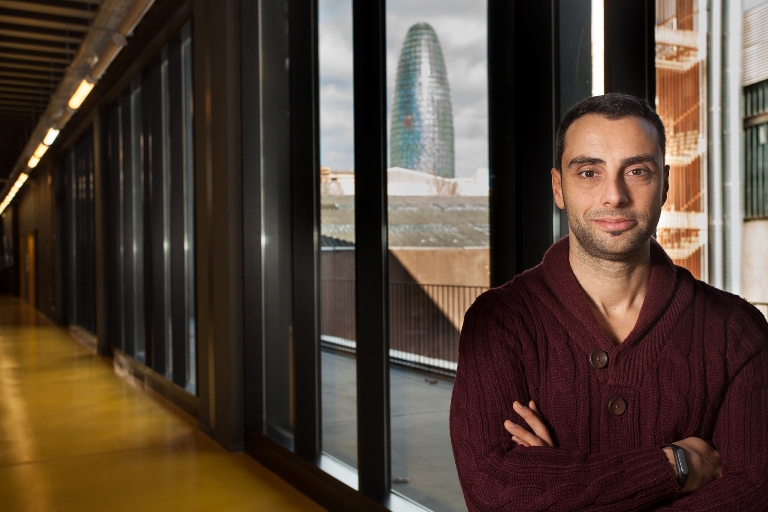 ‘Fans pay a lot of money to attend sporting events in person and a lot of times they don’t even know what kind of view they will have’, explained Francis Casado, the company’s Business Development Manager. This situation ‘generates disappointment and can lead to claims and complaints’. Offering fans a synthetic 3D view that allows them to check the view from a given seat before purchasing their ticket ensures a more satisfactory experience.

According to Casado, the company’s goal is ‘to become a leader in the enhancement of users’ experience at sporting venues and theatres around the world’. It aims to become an essential complement to ticket-selling platforms. To date, it already counts FC Barcelona, the ATP and Formula 1 amongst its clients.

With regard to the company’s contact and collaboration with UPF, Casado highlighted the support received during the first three years, when it was operating out of a co-working space at the Almogàvers Business Factory. Additionally, he said, ‘The University has facilitated direct contact with a wide pool of talent, which has allowed us to recruit staff. 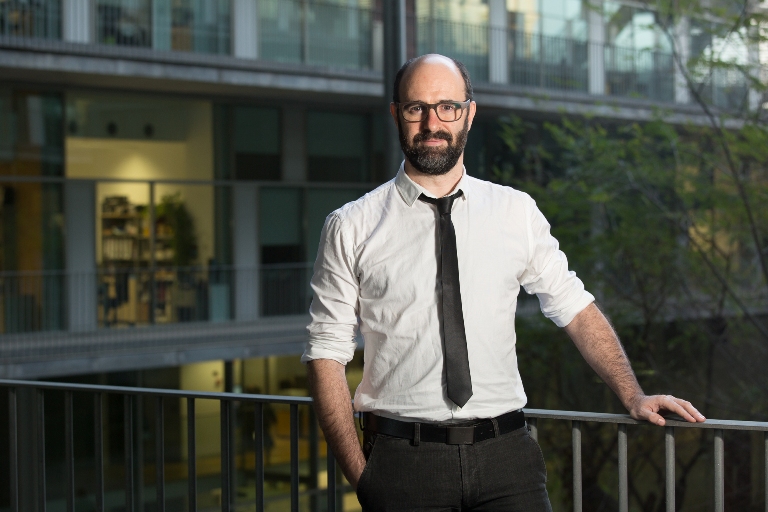 ZeClinics was founded ‘after four researcher friends decided to add business value to what we were doing every day in our labs’, explained Ignasi Sahún, one of the company’s founding partners. ‘The uncertainty surrounding research positions prompted us to take the plunge and transition from the academic side of things to applied research.’ Sahún stressed ‘the fundamental role of the Innovation UnitUPF Business Shuttle in terms of getting the project off the ground’.

The company provides solutions for assessing the safety and biomedical importance of new molecules, using zebrafish as a model. In three years, it has seen exponential growth in turnover, and last year it closed a €100,000 round of crowdfunding, which will allow it to implement its main project, the ZeOncoTest.

‘Now, the challenges lie in internationalizing and diversifying our services to include new markets, such as the food industry or cosmetics’, explained Sahún. He is optimistic about the future, noting that the company aims ‘to become a small pharmaceutical player able to discover new drugs and sell them to larger companies’.