On 15th of March Professor Doctor Elisabeth André of Universtity of Augsburg was awarded the prestigious Leibniz Prize for her leading-edge work with emotional virtual agents and robots in the field of artifial intelligence. 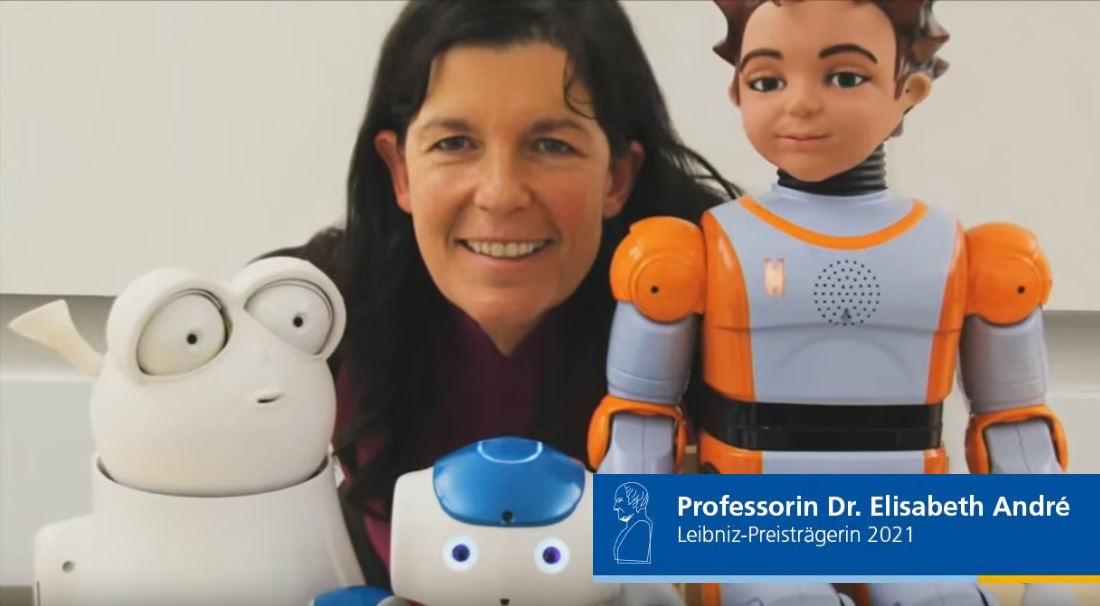 We extremely excited to announce that Professor Doctor Elisabeth André was honored for her efforts to establish a human centered interaction with virtual agents and robots. Her work enables machines to analyse and recognise human behaviour and emotions and to act according to an artificial emotional intelligence.

The Gottfried Wilhelm Leibniz Prize (German: Förderpreis für deutsche Wissenschaftler im Gottfried Wilhelm Leibniz-Programm der Deutschen Forschungsgemeinschaft), in short Leibniz Prize, is awarded by the German Research Foundation to "exceptional scientists and academics for their outstanding achievements in the field of research". It is considered the most important research award in Germany.

You can see the award ceremony here.