During this decade the University has obtained more than 45 million euros to develop cutting edge scientific projects. The 28 grants received make UPF the second institution in the State with the most ERC grants. 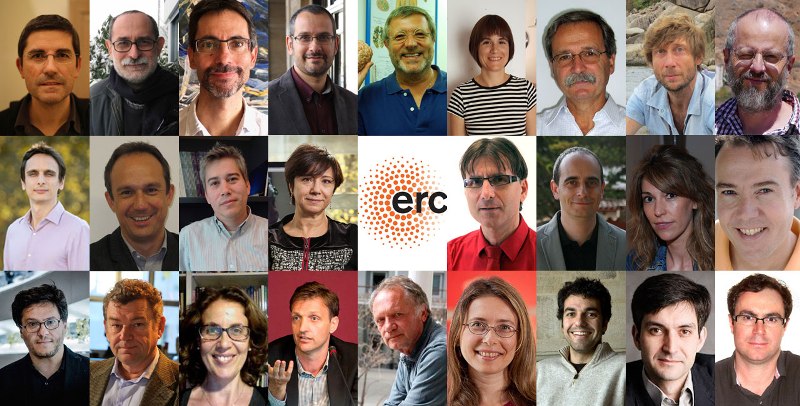 This March marks 10 years since the birth of the European Research Council (ERC), an institution created by the European Union to support research of excellence in Europe. During this time, thousands of scientists have received ERC grants, with Pompeu Fabra University being one of the most important institutions in our country. In addition, the relationship between the the ERC and UPF got closer in 2014 with the appointment of the researcher Núria Sebastián as vice-president of the former. 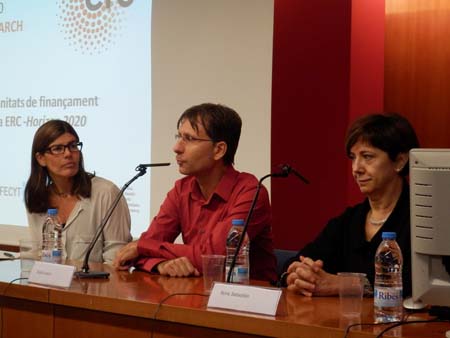 Since its inception in 2007, the ERC has subsidized 26 UPF researchers and has awarded 28 grants, making it the second Spanish institution with the most grants received (only surpassed by the Consejo Superior de Investigaciones Científicas (CSIC)) and the leading institution in Catalonia. The centres affiliated to the University, the Centre for Genomic Regulation (CRG) and the Centre for Research in International Economics (CREI) are in third and tenth place, respectively, in Catalonia. Of all the grants received by UPF, eleven are Advanced Grants, eight Consolidator Grants, and the remaining nine are Starting Grants. In addition, there are three Proof of Concept grants. In total, the ERC has supported the University to in excess of 45 million euros.

The grants given by the ERC are intended exclusively for researchers who are determined to go into greater depth in what is known as “frontier science”: pioneering ideas that address emerging research fields and introduce non-conventional and innovative approaches. Worthy of note among our University’s 28 scholarships are the Advanced Grants awarded in 2012 to Ricard Solé, ICREA research professor and head of the Complex Systems Laboratory at the Department of Experimental and Health Sciences (DCEXS), in collaboration with the co-leader of the Cell Signaling Research Group and full professor of the same department, Francesc Posas, for the project SYNCOM: Distributed Computation in Synthetic Consortia. This work, still under way, explores the potential in devices built through cell engineering in the decision-making process. In this way, different types of cells are modified to become multicellular programmable chips capable of responding to external stimuli (chemicals, pharmaceuticals, signals and others). The complexity of the project has earned funding of more than 2.7 million euros.

Also in the Advanced Grant category is the project by the head of the Speech Acquisition and Perception Research Group and full professor with the Department of Information and Communication Technologies (DTIC), Núria Sebastián, Under Control: Mechanisms of cognitive control and language learning, which investigates the relationship between attention and language development. The project, with a grant of almost 2.5 million euros, was started in 2013 and is expected to finish in August 2018.

Paul Verschure, ICREA research professor and head of the Synthetic, Perceptive, Emotive and Cognitive Systems Research Group (SPECS) of the DTIC, received an Advanced Grant in 2013, for the project CDAC: The role of consciousness in adaptive behaviour: A combined empirical, computational and robot-based approach. In it, the research team tries to decipher the role played by the emergence of consciousness in evolution. This project, started in February 2014, has funding of almost 2.5 million euros.

The project Family Polarization: Stratified Family Dynamics: polarizing trends in couple behaviour and parenting has led Gosta Esping, head of the Sociodemographics Research Group (DEMOSC) and full professor with the Department of Political and Social Sciences, to win an Advanced Grant valued at more than 2 million euros. The work was completed in May 2016 and focused on the dynamics and trends of behaviour, as well as in kinship relations established in contemporary families.

ICREA researcher and lecturer with the Department of Economics and Business Marta Reynal-Querol received a Consolidator Grant in 2015 to fund the project HISTROOTS: Historical roots of conflict and development: from Prehistory to the Colonization experience. Almost 1.7 million euros are funding this work that seeks to study the effect of history on the development of the economy and conflict.

Within the Starting Grants category, which aim to help create independent research groups, the grant received by ICREA research professor and head of the Comparative Genomic Laboratory of the Institute of Evolutionary Biology (IBE, UPF-CSIC) and its current director, Tomàs Marquès-Bonet stand out. In 2010 he received funding of almost 1.6 million euros for the project PRIMATESVs: Identification and characterization of primate structural variation and an assessment of intra-specific patterns of selection and copy-number variation, in which he and his team characterized the genomic variation in the great apes in order to contextualize the genomic variability present in humans. 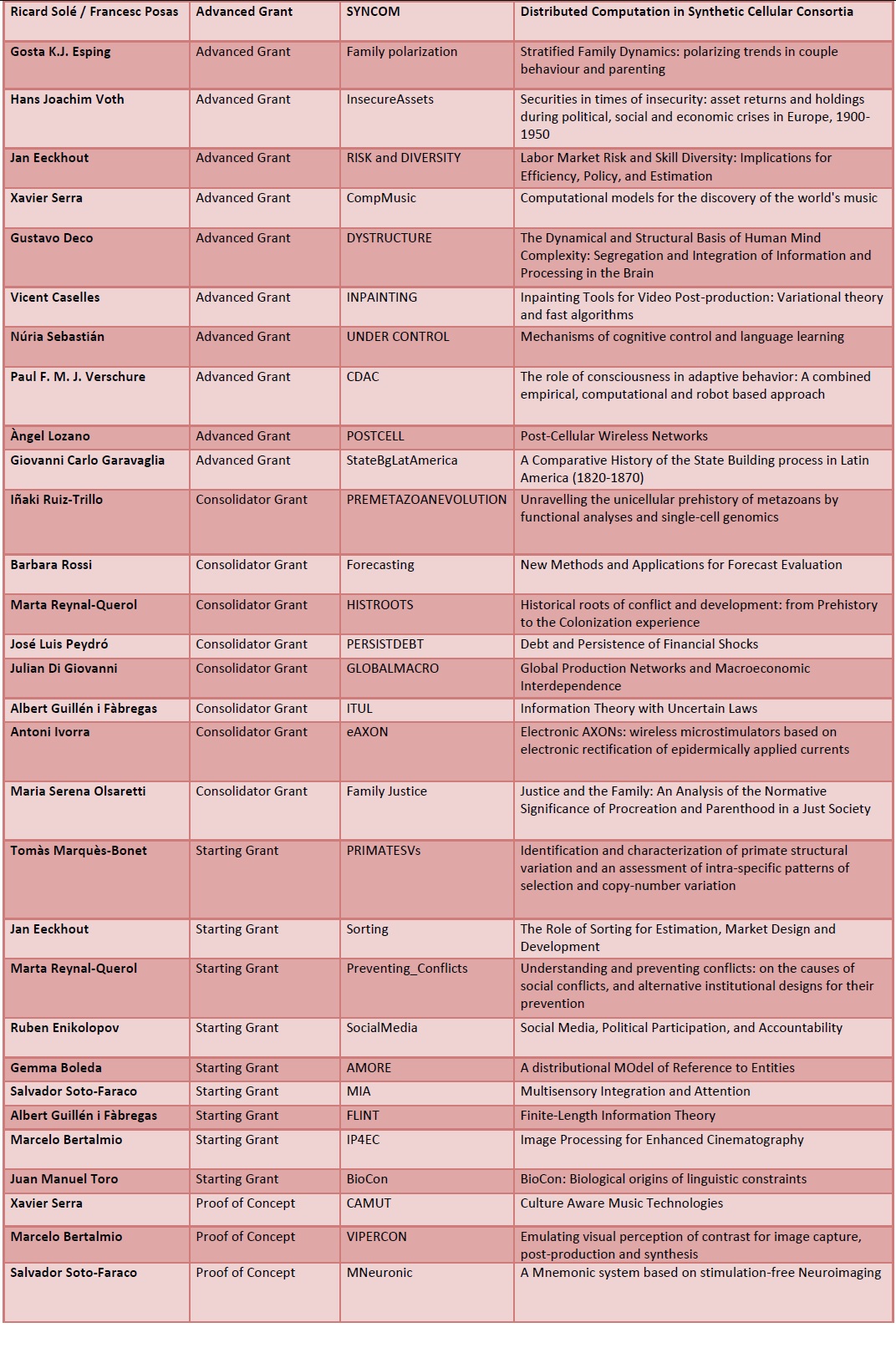 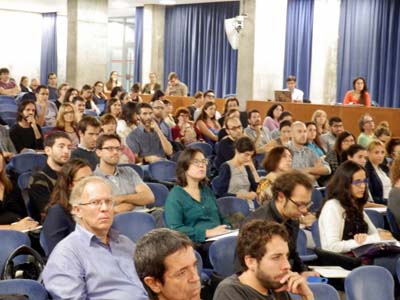 Participation by the University with the ERC

Through the Research Service, UPF gives maximum support to researchers who wish to apply for the ERC competitive processes. To encourage their participation in ERC calls, the University regularly and in collaboration with the European Office and the Catalan Government’s AGAUR organizes sessions to inform about ERC grants. Last October a session took place on the Poblenou campus attended by Núria Sebastián; the former UPF vice-rector for Research and Doctoral Studies Àngel Lozano; the director-general for Research of the Ministry of Business and Knowledge of the Catalan Government, Francesc Subirana; and the head of the ERC’s Call coordination and Project Follow-Up Unit, Alejandro Martin-Hobdey.

Video of the ERC Conference briefing that took place in 2014

Video of the ERC Conference briefing that took place in 2012