Epigenetic markers affected in the mouse brain were also altered in people’s plasma. The role of epigenetics in vulnerability to food addiction opens the door to identifying biomarkers for the early diagnosis of the disease and the search for future therapies. 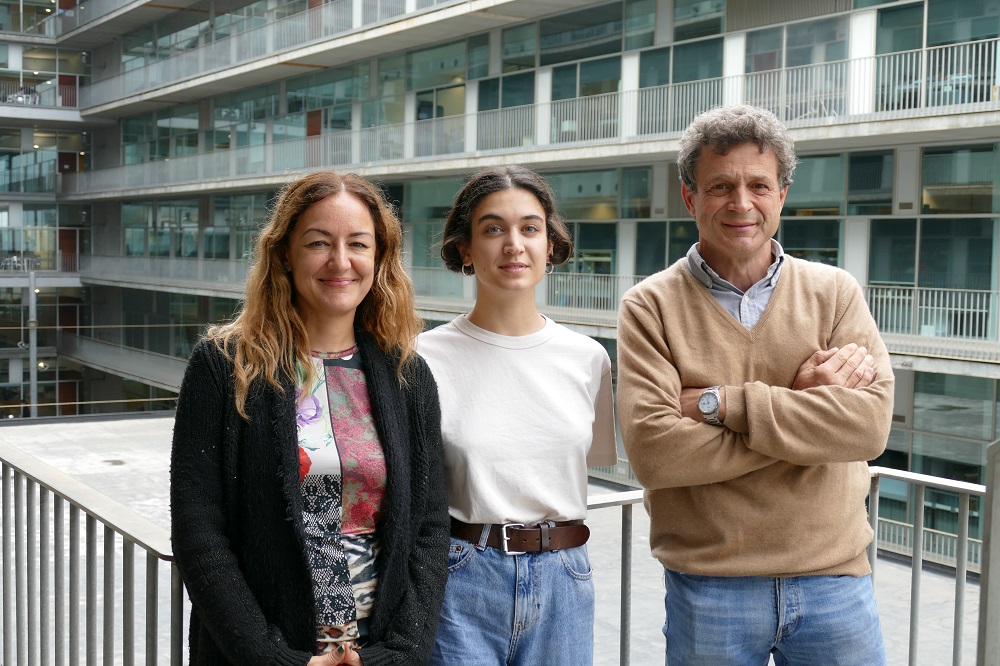 A team of researchers has identified in rodents and humans common epigenetic mechanisms related to food addiction. The article, published in Journal of Clinical Investigation, was led by Rafael Maldonado and Elena Martín, from the Neuropharmacology-Neurophar research group at Pompeu Fabra University, attached to the Hospital de la Mar Medical Research Institute (IMIM), and José Manuel Fernández-Real, of the Nutrition, Eumetabolism and Health group of the Girona Biomedical Research Institute (IDIBGI) Dr. Josep Trueta and CIBEROBN.

Food addiction is related to uncontrolled intake associated with obesity and eating disorders. It is a complex, chronic, multifactorial brain disorder that results from the interaction of multiple genes and environmental factors. Its prevalence is increasing worldwide and there are no effective treatments.

In an earlier paper, the researchers identified the neurobiological mechanisms that allow the development of food addiction behaviour. Specifically, they identified the involvement of certain cortical areas in the brain in the loss of control of food intake.

“Having identified the mechanism, we ask ourselves why some individuals are resilient, while others are addicted. To do so, we focus on epigenetic factors, that is, external or environmental factors that modify gene expression”, Elena Martín explains.

Having identified the mechanism, they asked themselves why some individuals are resilient, while others are addicted. To do so, they focus on epigenetic factors, that is, external or environmental factors that modify gene expression.

The scientists selected extreme populations of rodents addicted and not addicted to food. They specifically looked for epigenetic markers in areas of the cerebral cortex related to this addiction. Among the different epigenetic mechanisms that exist, in this case, they focused on microRNAs; small RNA molecules that regulate gene expression in a complex and dynamic manner.

They also examined circulating microRNAs in healthy volunteers and a questionnaire was administered constituting an instrument to measure the degree of addiction to food. “The most fascinating finding was that the same microRNAs that were affected in the mouse brain were also altered in people’s plasma. Intriguingly, the same microRNAs were associated with the degree of food addiction quantified by means of this questionnaire”, explains José Manuel Fernández-Real.

Bru Cormand and Noèlia Fernàndez, from the University of Barcelona, the Institute of Biomedicine of the University of Barcelona (IBUB), the Sant Joan de Déu Research Institute (IRSJD) and the CIBERER explain that “the main microRNAs identified are involved in processes relevant to food addiction, such as lipid and carbohydrate digestion, morphological changes in the brain, insulin resistance or even addiction to certain substances, such as methamphetamines”.

Within this multifactorial disease with multiple expressions, they have identified two main components of behavioural alteration: high motivation to obtain food, and compulsive searching, despite the negative effects of such behaviour. “Interestingly, we have seen that two specific epigenetic changes appear to be responsible for these behavioural hallmarks of the disease”, Rafael Maldonado points out. “The similarities between mouse and human outcomes give significant translational value to the study. The role of epigenetics in vulnerability to food addiction opens the door to identifying biomarkers for the early diagnosis of the disease and the search for future therapies by modifying the expression of miRNA”, he concludes.