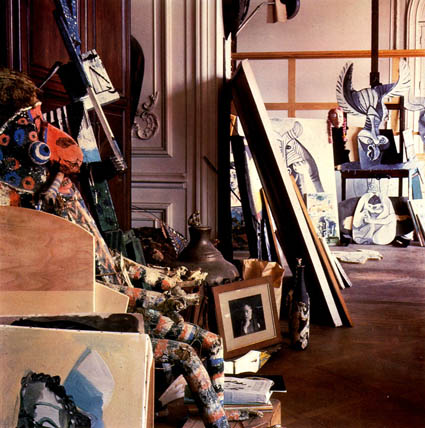 The Research Group in Primitive Art and Primitivism (CIAP) gathers a group of researchers in a common project, which aims to elaborate a new theory on "primitive" in art. This includes an in-depth study of some concepts like Primitivism and Primitive Art, which have been used imprecisely, and have caused many polemics in the art-historical debate.

The main object of this research focuses on one hand, in analysing different historical uses and interpretations of the notion "primitive" as well as the different phenomena that may be associated to it, in its complex development from the 17th Century until the 20th Century. On the other hand, the research is based in an interdisciplinary field, as it does not only concern the Art Historical sphere, but a broader spectrum of studies, such as Aesthetics, History of Ideas, Cultural Studies, Cultural Anthropology, Ethnography, Religious Studies and History of Colonialism.

Primitivism is one of the constituting aspects of Modern Art, even though its importance has not been given enough consideration. The present project investigates the re-elaboration of the concept "primitive" applied to Modern Art, starting in the 19th Century and gaining particular strength in the Vanguard movements during the 20th Century. Very few movements from the 20th Century have escaped the influence of the "primitive", a concept that became a stylistic definition in itself, and that has also demarcated European art criticism, which had been based on a classical and naturalistic artistic theory.

This project pretends hence to open a new line of research within the Spanish academic sphere. Contrary to the extensive French or English biography, research subjects on Primitive Art or Primitivism have basically remained unpublished in Spanish language.