Francisco Lara - Department of Philosophy I, University of Granada, Spain 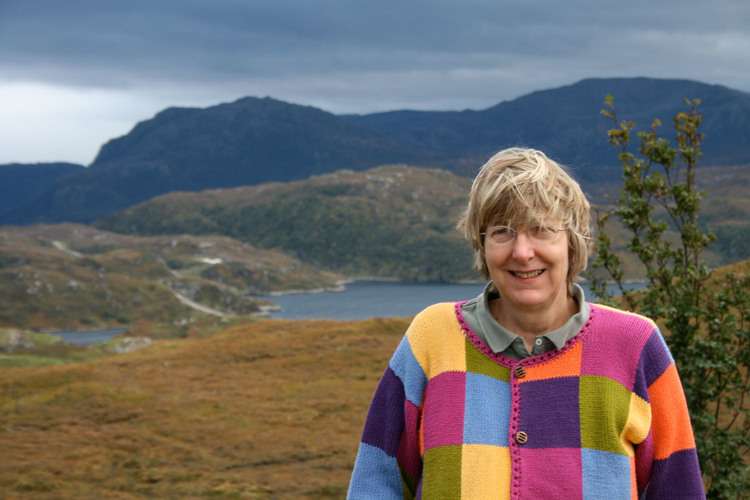 Carol J. Adams is the author of numerous books including her pathbreaking The Sexual Politics of Meat: A Feminist-Vegetarian Critical Theory, now in a 25th anniversary edition from Bloomsbury. She is the co-editor of several important anthologies, including most recently Ecofeminism: Feminist Intersections with Other Animals and the Earth (with Lori Gruen). Her writings are the subject of two recent anthologies, Defiant Daughters: 21 Women of Art, Activism, Animals, and The Sexual Politics of Meat and The Art of the Animal: 14 Women Artists Explore The Sexual Politics of Meat, in which a new generation of feminists, artists, and activists respond to Adams' groundbreaking work. More information about her work: www.caroljadams.com 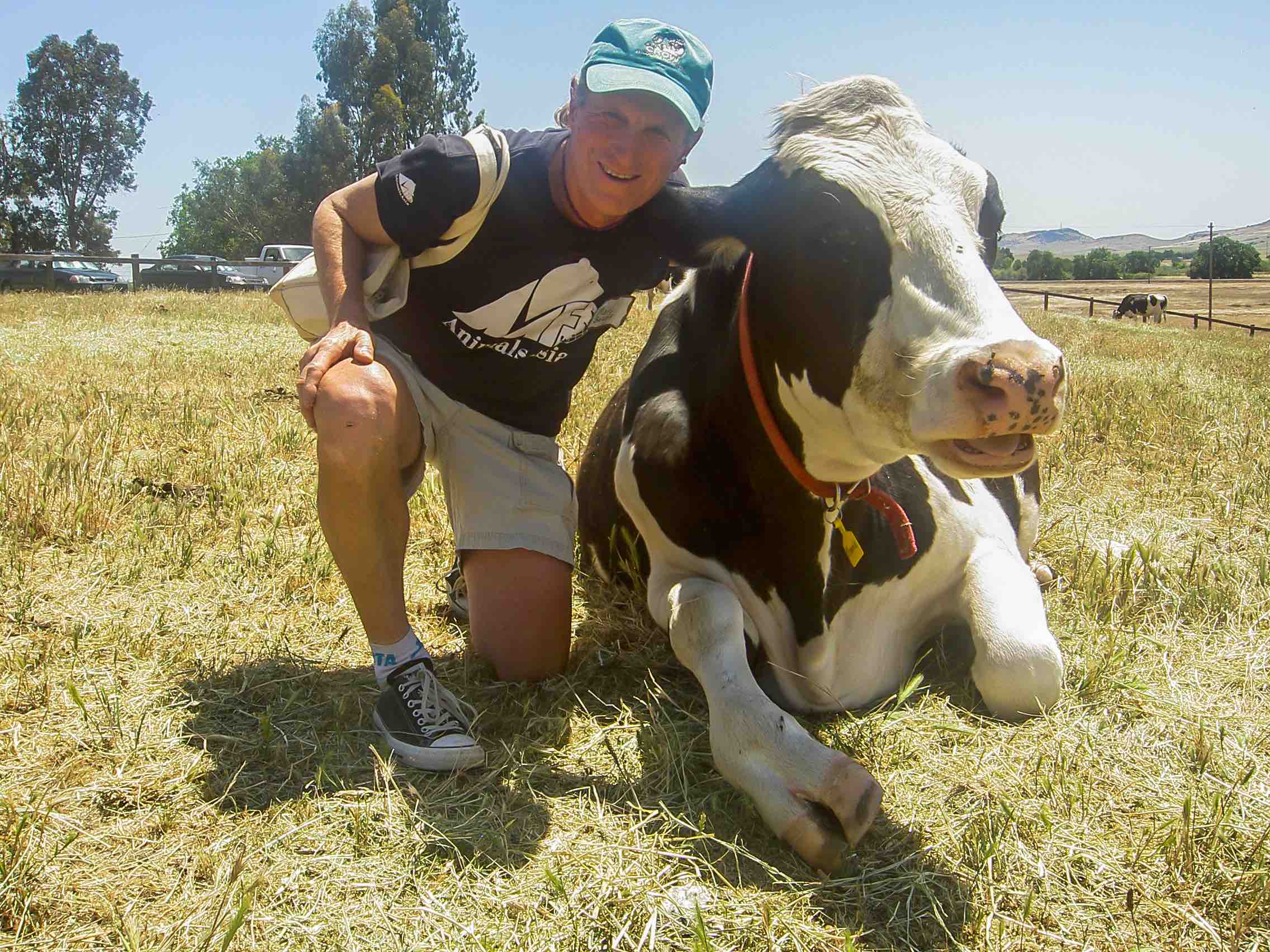 Marc Bekoff is a former Professor of Ecology and Evolutionary Biology at the University of Colorado, Boulder. In 2000 he was awarded the Exemplar Award from the Animal Behavior Society for major long-term contributions to the field of animal behavior. Marc is also an ambassador for Jane Goodall's Roots & Shoots program and a member of the Ethics Committee of the Jane Goodall Institute. Marc has published numerous essays and books including Rewilding Our Hearts: Building Pathways of Compassion and Coexistence. He and Jane co-founded the organization Ethologists for the Ethical Treatment of Animals: Citizens for Responsible Animal Behavior Studies in 2000. More information about his work: http://marcbekoff.com/ 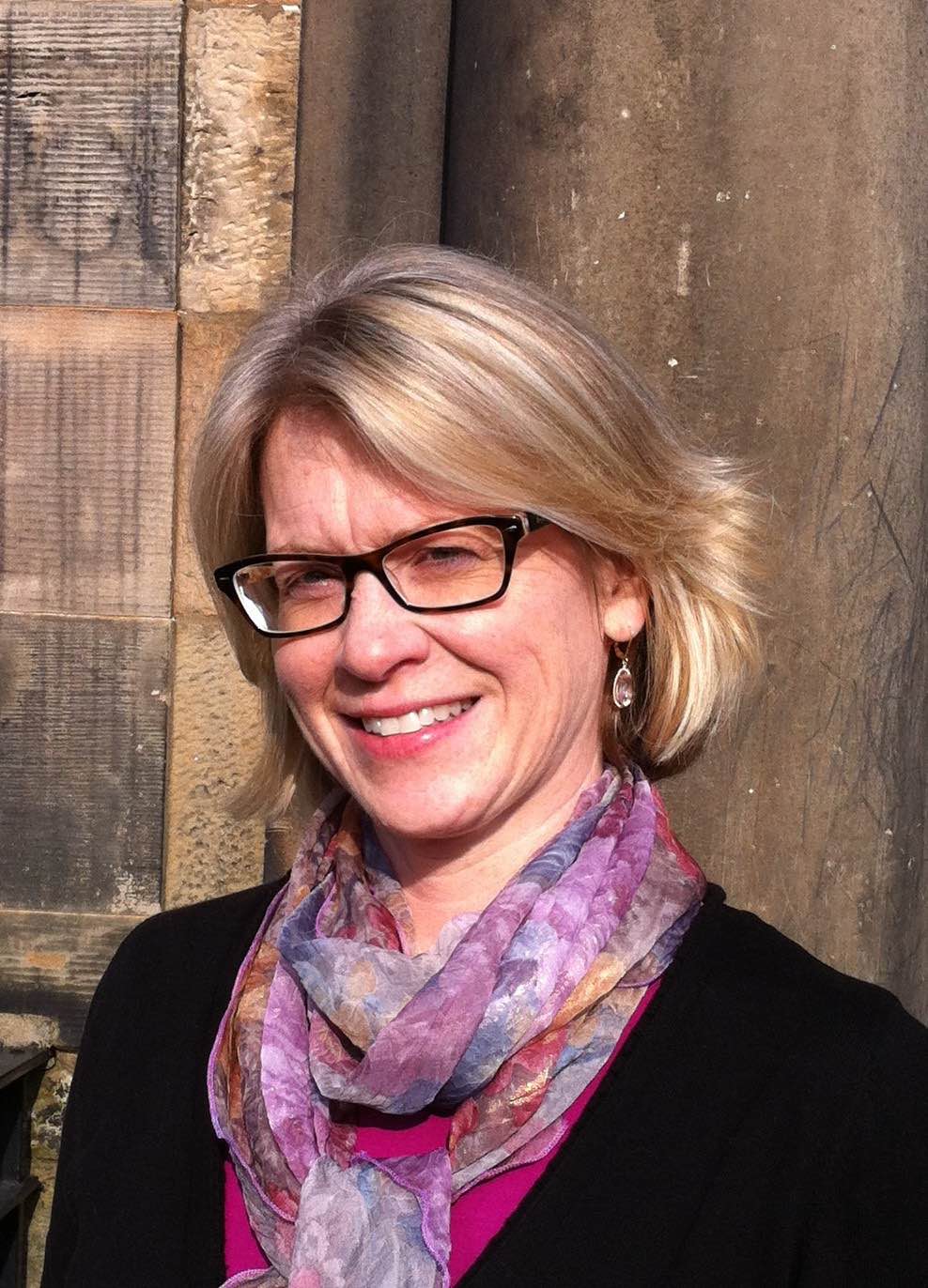 Emily Brady is Professor of Environment and Philosophy at the University of Edinburgh. Her research interests span aesthetics, environmental ethics, and eighteenth-century philosophy. Within critical animal studies, she is interested in issues such as autonomy, respect, sentimentality, and difference in our aesthetic engagement with animals. She has written articles on the place of animals in ecological art; the role of expressive qualities in aesthetic engagement with wild animals; and on taking the stance of epistemic humility in relation to our knowledge about birds. Her book-length publications include: The Sublime in Modern Philosophy: Aesthetics, Ethics, and Nature (Cambridge UP, 2013) and Aesthetics of the Natural Environment (Edinburgh UP, 2003). 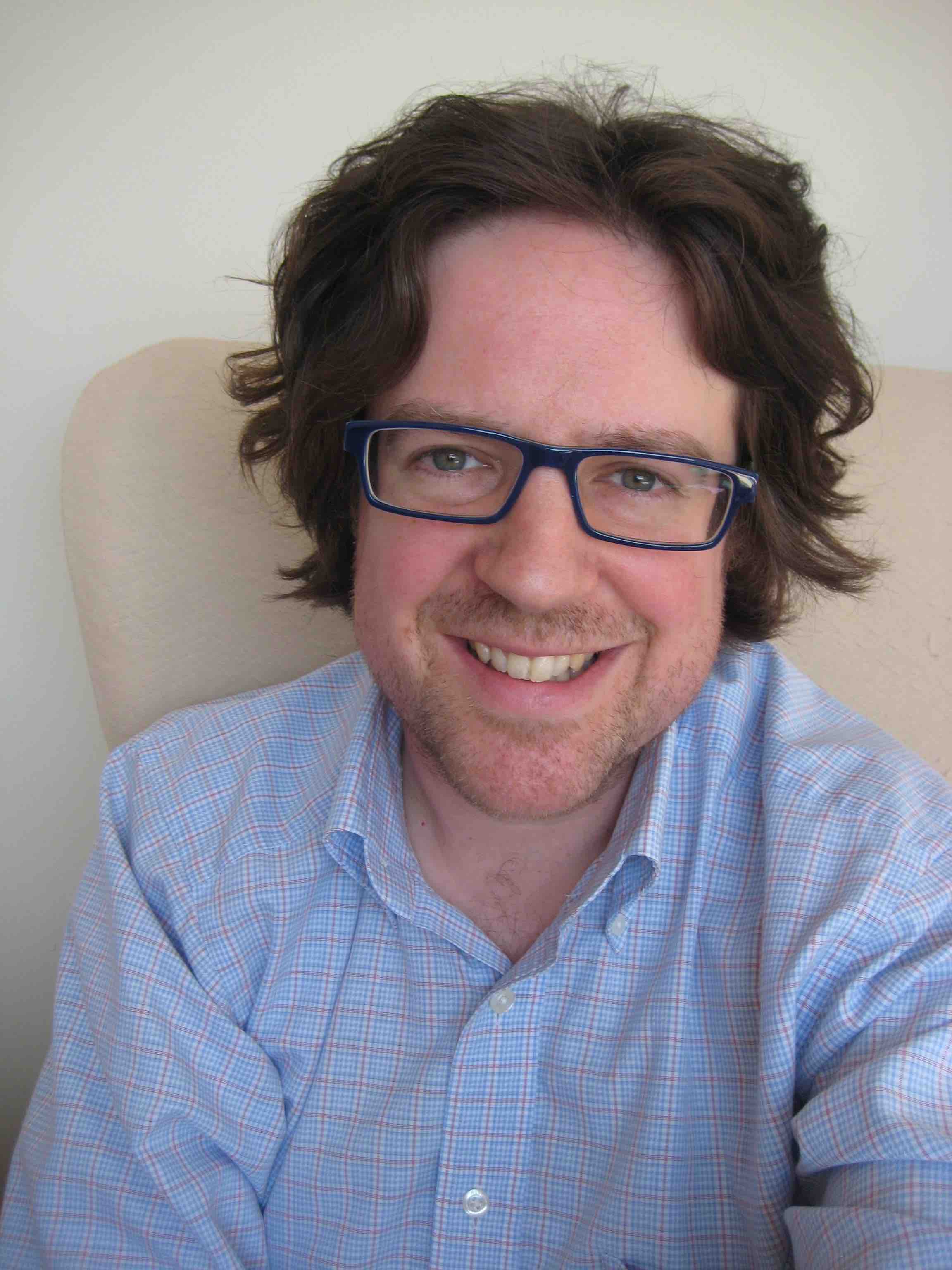 Alasdair Cochrane is Senior Lecturer in Political Theory at the University of Sheffield.  He is an expert on the relationship between animal ethics and political theory and has written many articles and book chapters on the topic, as well as two books: An Introduction to Animals and Political Theory (Palgrave); and Animal Rights without Liberation (Columbia). He has also written papers on various issues within the areas of human rights, bioethics, philosophy of punishment and environmental ethics. 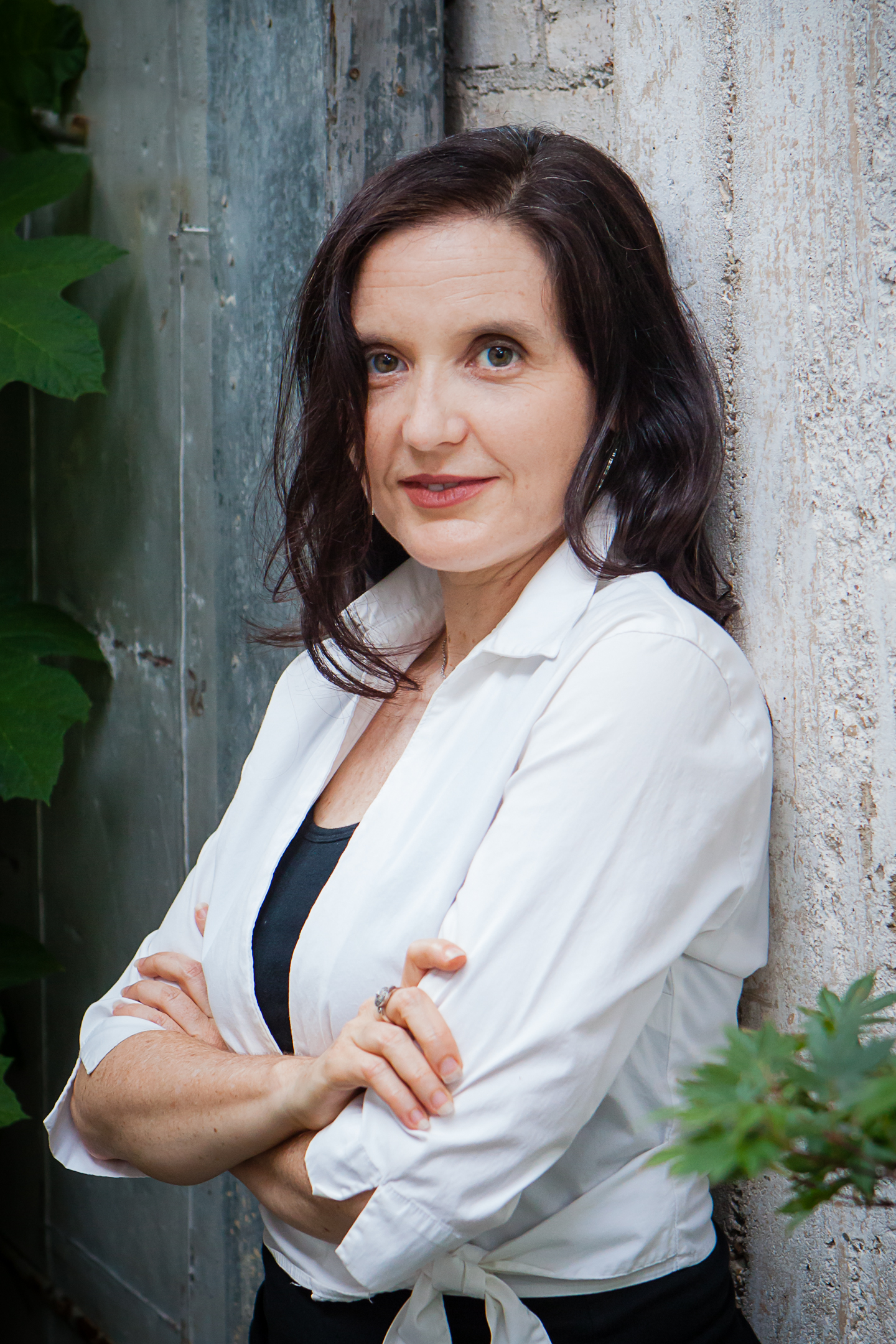 Dr. Freeman is an associate Professor of Communication at Georgia State University in Atlanta. She publishes on media ethics, strategic communication for activists, environmental communication, and critical animal studies. She has recently published a book on vegan advocacy called Framing Farming: Communication Strategies for Animal Rights (www.framingfarming.com). Since the 1990’s, she has volunteered running grassroots for animal rights and vegetarian groups and currently co-hosts an animal and environmental protection radio show on WRFG-Atlanta (Radio Free Georgia). In 2014 she and Dr. Debra Merskin co-authored the www.animalsandmedia.org style guide for fair media representation of nonhuman animals. 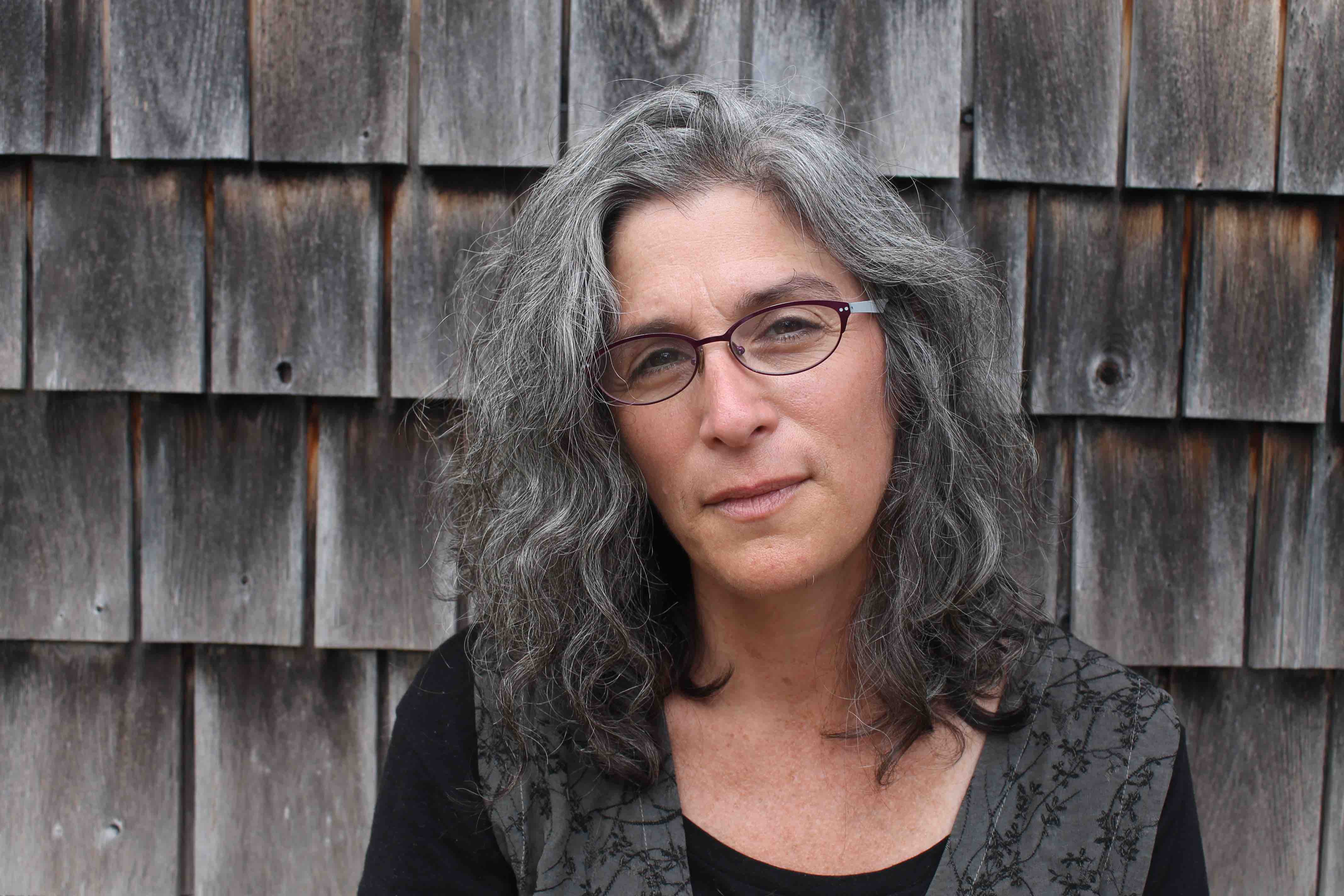 Lori Gruen, William Griffin Professor of Philosophy at Wesleyan University, teaches Feminist, Gender, and Sexuality Studies and coordinates Wesleyan Animal Studies.  She is the author and editor of 9 books, including Ethics of Captivity (Oxford, 2014) and Entangled Empathy (Lantern, 2015). She is a Fellow of the Hastings Center for Bioethics and a Faculty Fellow at Tufts’ Cummings School of Veterinary Medicine’s Center for Animals and Public Policy. Having documented the history of The First 100 chimpanzees in US research, her evolving website documents the journey to sanctuary of the remaining lab chimpanzees, The Last 1000. See also lorigruen.com. 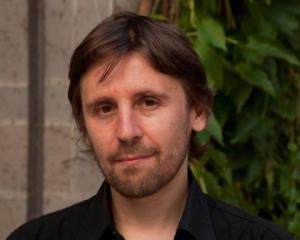 Oscar Horta is a professor of philosophy at the University of Santiago de Compostela. Previously he was a researcher at the Spanish Foundation for Science and Technology and a visiting researcher at different international universities, including Rutgers, Gothenburg, Lisbon, Porto, Rome and Copenhagen. He has been a long term vegan and animal activist, and has published extensively on speciesism and animal ethics in several different languages.

Lisa Kemmerer is an activist, philosopher and professor. She is the author/editor of nine books, including Eating Earth: Dietary Choice and Environmental Health, Animals and World Religions and Sister Species: Women, Animals, and Social Justice. She is internationally known for her work, and has most recently been invited to speak in Europe, Asia and South America, as well as across the United States.  More information about her work: lisakemmerer.com 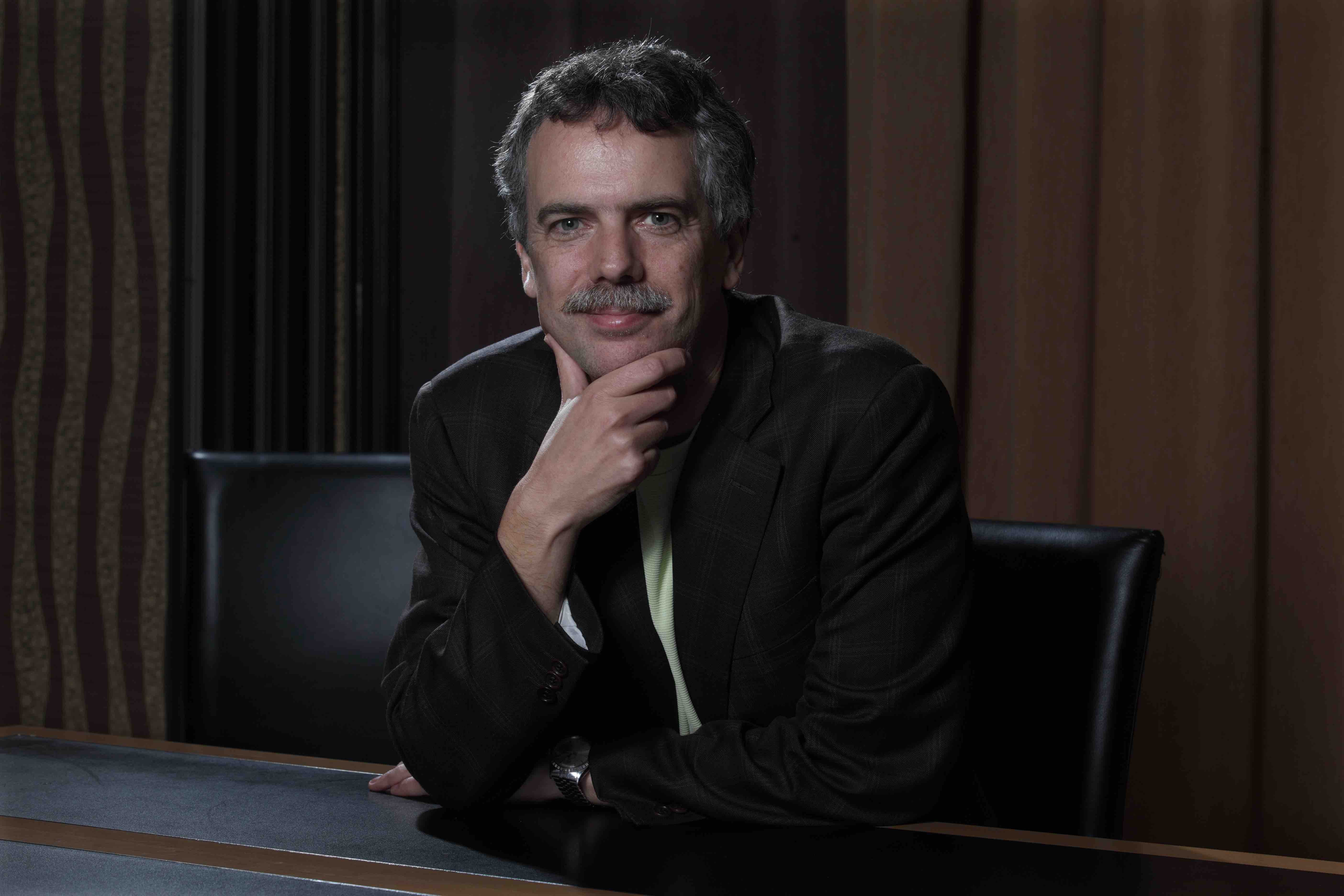 Will Kymlicka is the Canada Research Chair in Political Philosophy in the Philosophy Department at Queen's University in Kingston, Canada, where he has taught since 1998. His research interests focus on issues of democracy and diversity, and in particular on models of citizenship and social justice within multicultural societies and interspecies societies. He has published eight books and over 250 articles, which have been translated into 34 languages. He is the co-author, with Sue Donaldson, of Zoopolis: A Political Theory of Animal Rights (Oxford University Press, 2011), which is translated into German, Japanese, Turkish, Polish and French. 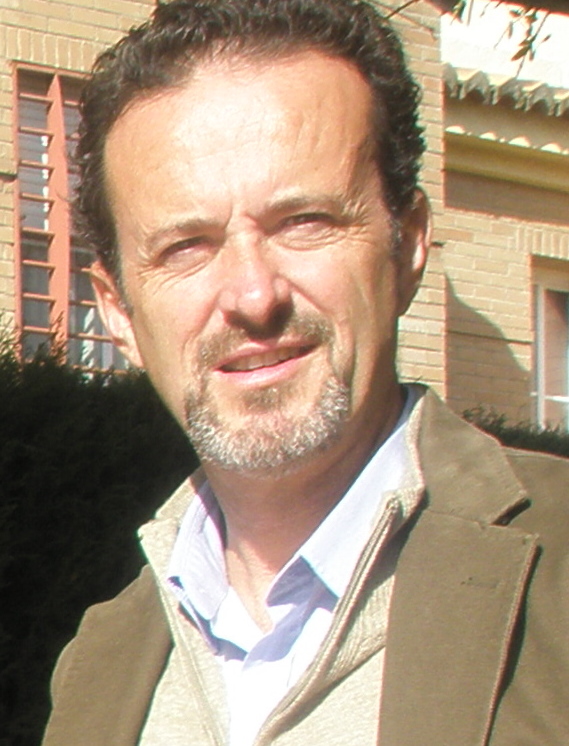 Lara, Francisco - Deparment of Philosophy I, University of Granada, Spain

Francisco Lara is a professor of moral philosophy at the University of Granada. He has specialized in consequentialism and applied ethics. In particular, he has several publications on the debate about the treatment of nonhuman animals, including his latest book Sufre, luego importa (co-authored with Olga Campos). This has been as well the topic of several of his talks at national and international conferences. He is currently working on different research topics related to bioethics, most notably as the main researcher in an international project on the ethics of biotechnological developments in human enhancement. He has been a visiting researcher at Cambridge University and the University of East Anglia. 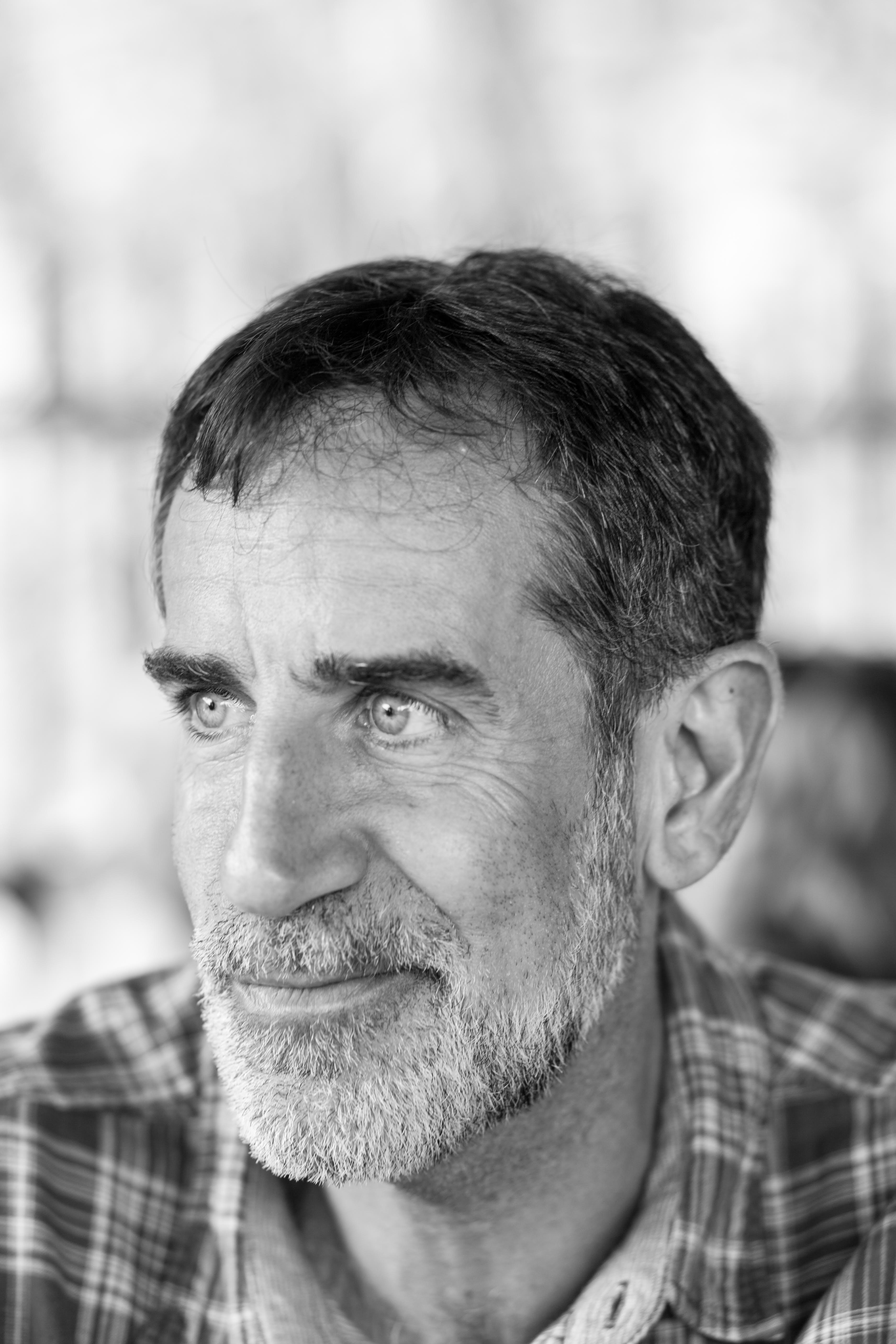 Pablo de Lora teaches legal philosophy and legal theory at the Law School of the Autonomous University of Madrid. At first his research dealt with the philosophical foundations of constitutional democracy, but soon after his PhD he turned to bioethics and animal rights. He has been publishing on those topics since 2000 and his most recent papers delve into the ethical and legal challenges posed by organ transplantation, artificial reproduction technologies (ART) and medical brain drain. He has been a visitor at Harvard University, Rutgers and Oxford, among other institutions. 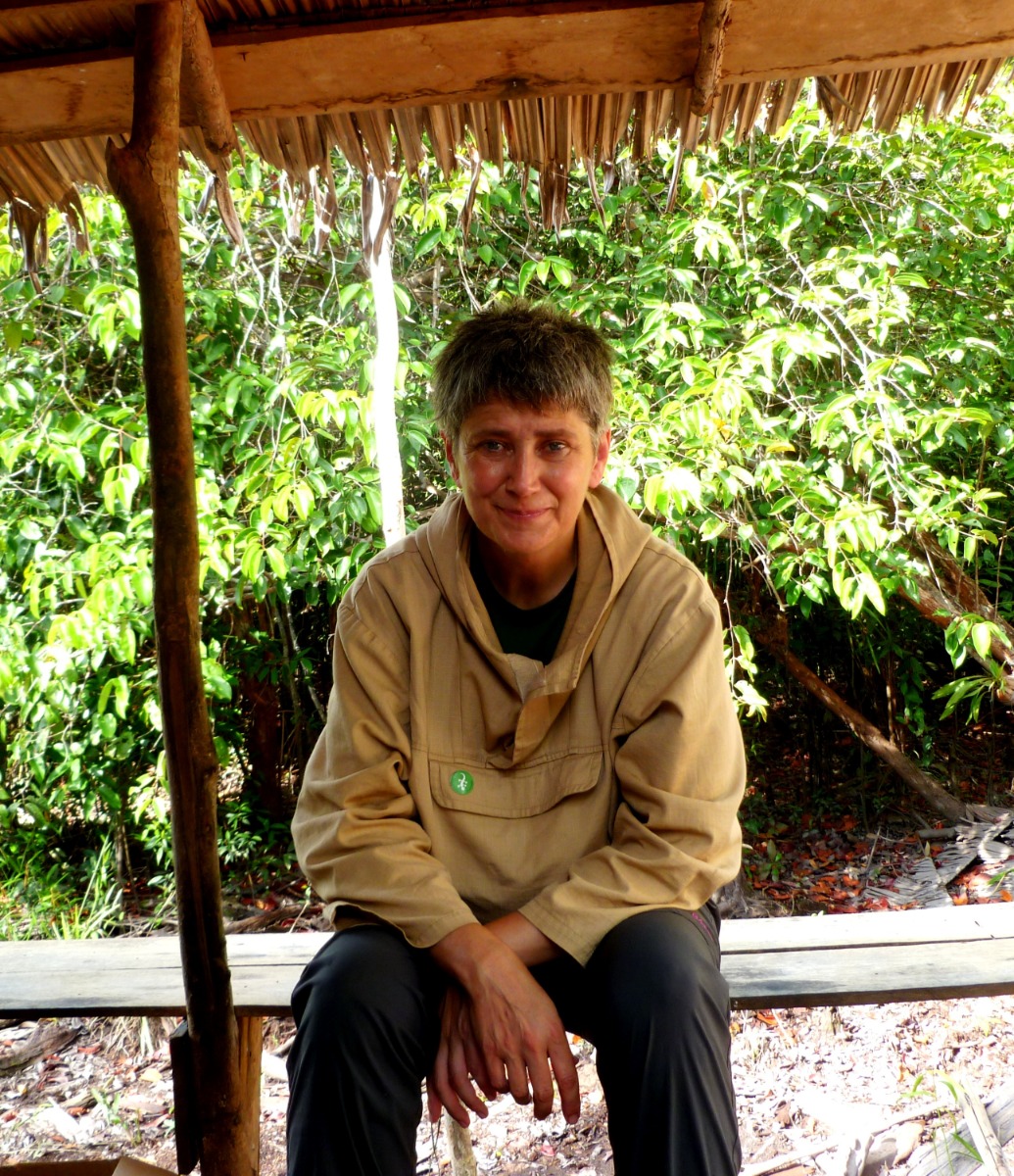 Carmen Maté has a bachelor degree in Biological Sciences (1986) and a PhD in Primate Ethology (1999) from the University of Barcelona (UB). She also has a degree in Environmental Engineering: Ecology and Environmental Management (1988) from the Catalan Institute of Technology and the Spanish Ministry of Industry and a Master’s in Functional Management from ESADE (2004-2005). Since November 2012 she is Chair Board of Bonobo Hope, United States. She is currently an associate researcher at the Department of Animal Biology of UB and is head of the scientific committee of the international platform ZOOXXI since its creation –a project that promotes a wide restructuring of modern zoological parks according to ethical and scientific criteria. 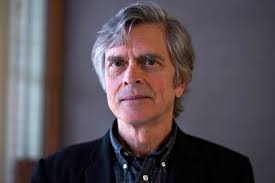 Jeff McMahan is White's Professor of Moral Philosophy at the University of Oxford, having taught  at Rutgers University (2003–2014) and Urbana-Champaign, Illinois (1986–2003). He has written extensively on normative and applied ethics. His publications include The Ethics of Killing: Problems at the Margins of Life (Oxford University Press, 2002), Killing in War (OUP, 2009), which argues against foundational elements of the traditional theory of the just war, The Morality of Nationalism (co-edited with Robert McKim, OUP, 1997), and Ethics and Humanity (co-edited with Ann Davis and Richard Keshen, OUP, 2010). 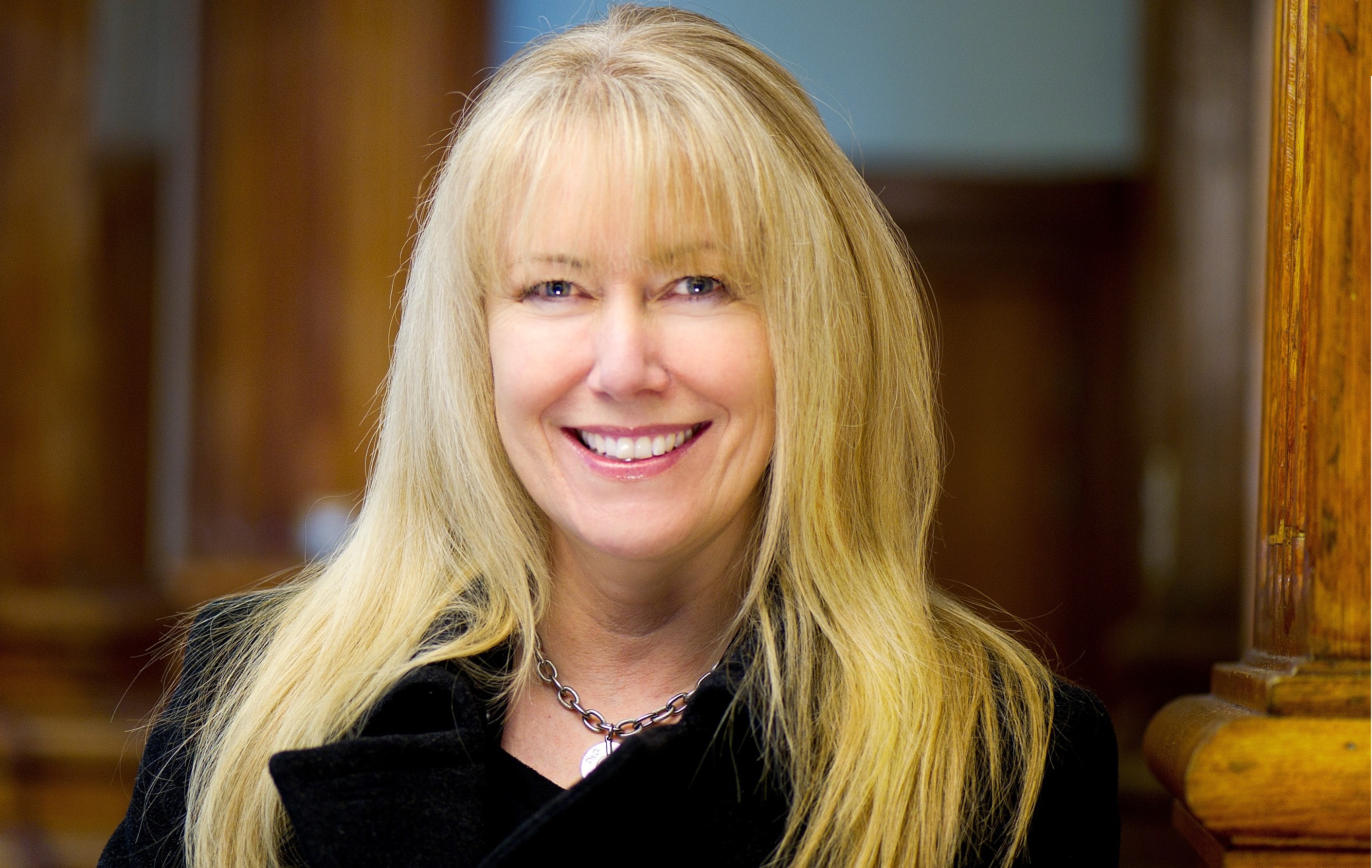 Professor Claire Molloy is Co-Director of the Centre for Human Animal Studies and Professor of Film, Television and Digital Media at Edge Hill University. Her research interests focus on the critical intersections between media, film and Critical Animal Studies; American cinema; and, film and politics. Her publications include the books Memento (2010), Popular Media and Animals (2011), Beyond Human: From Animality to Transhumanism (2012), American Independent Cinema: Indie, Indiewood and Beyond (2013) and The Routledge Companion to Film and Politics (2016). 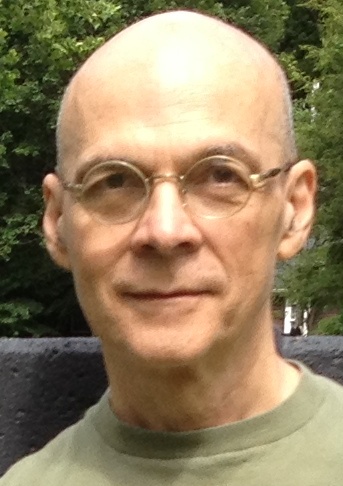 David Nibert, a former tenant organizer and community activist, is now a professor at Wittenberg University where he teaches courses on Animals and Society. He is the author of Hitting the Lottery Jackpot: State Governments and the Taxing of Dreams (Monthly Review Press), Animal Rights/Human Rights: Entanglements of Oppression and Liberation (Rowman/Littlefield), Animal Oppression & Human Violence: Domesecration, Capitalist and Global Conflict (Columbia University Press) and numerous book chapters and journal articles. He co-organized the section on Animals and Society in the American Sociological Association. His research interests include the historical and contemporary entanglement of the oppression of humans and other animals. 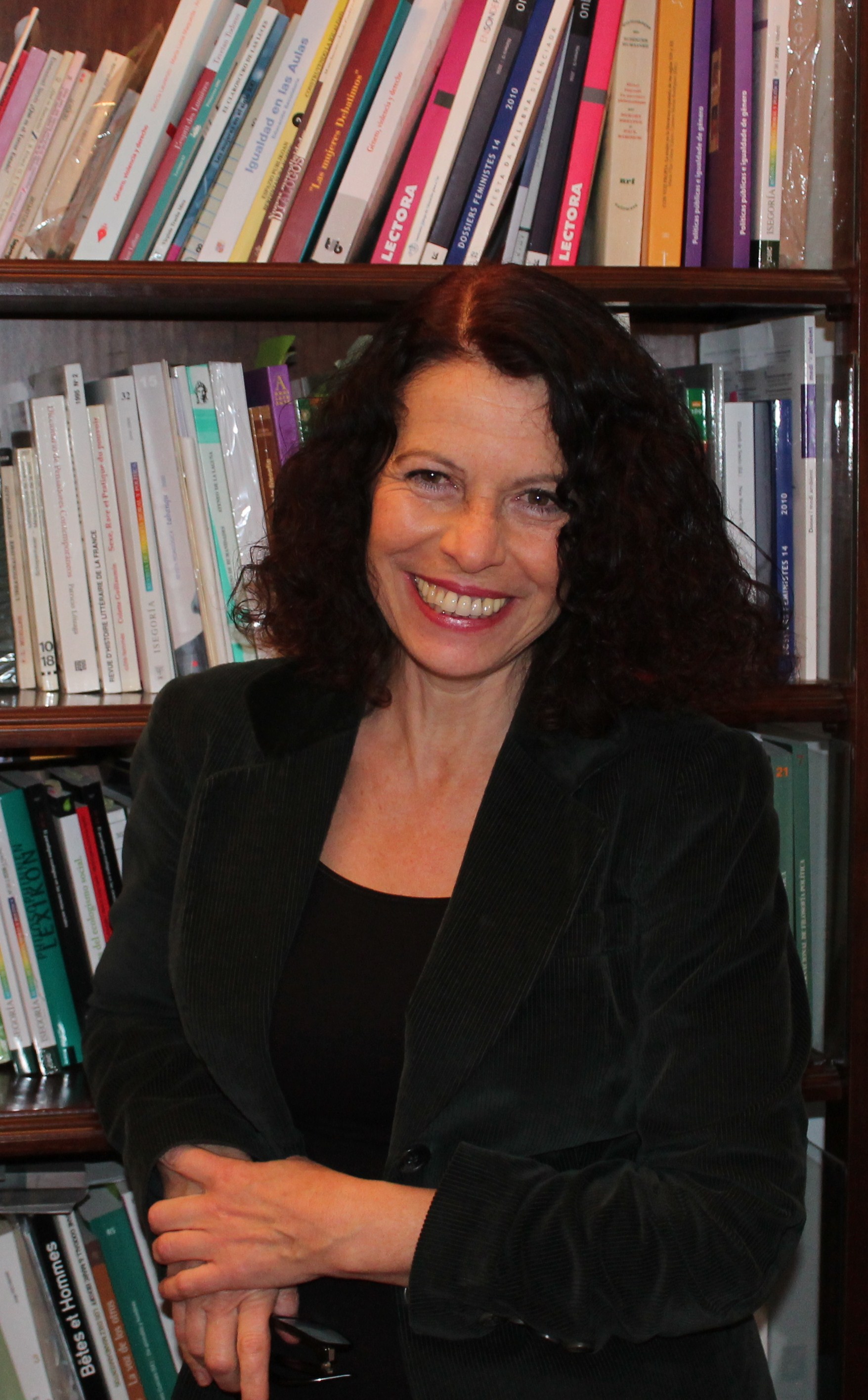 Alicia H. Puleo is a Doctor in Philosophy and a professor of moral philosophy at the University of Valladolid. She is a Board Member of the Gender Studies Chair at the same university and at the Institute of Feminist Research of the Complutense University of Madrid. She is an invited professor at several master’s and is a member of different editorial boards of numerous academic journals. Her work has been published in Spain, France, Great Britain, United States, Brazil, Portugal, Germany and other American and European countries. Her latest books most saliently include Ecofeminismo para otro mundo posible.

Peter Singer is Ira W. DeCamp Professor of Bioethics in the University Center for Human Values, Princeton University since 1999, and Laureate Professor  in the School of Historical and Philosophical Studies, Melbourne University since 2005. He is the author, co-author, editor or co-editor of over 40 books, including Animal Liberation, Practical Ethics, Pushing Time Away, The Life You Can Save, The Most Good You Can Do, and Famine, Affluence and Morality. In 2005 Time magazine named him one of the 100 most influential people in the world. 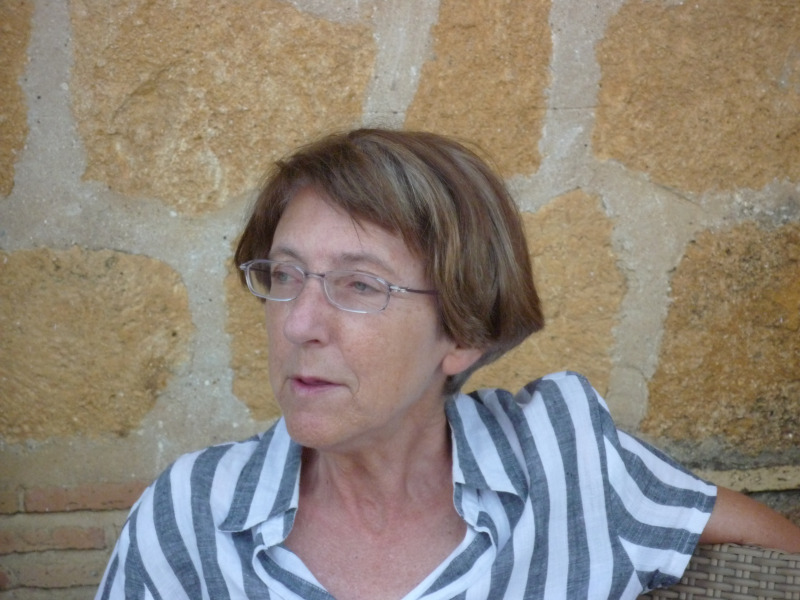