‘Never say it can’t be done. You need to understand that there are a lot of available resources’

Place and date of birth: Bangladesh, 1998; her family moved to Badalona when she was just a few months old.

Education: In the 2017-2018 academic year she will study the second year of the bachelor’s degree programme in Labour Relations at UPF. She earned her secondary school diploma at INS Fort i Pius in Barcelona.

Financial aid: She receives a salary grant from UPF worth €600 a month for the duration of her programme thanks to Santander Universidades.

Interests: She is interested in labour economics and relations with people. She would like to do an Erasmus exchange, study languages, and supplement her studies with a second undergraduate degree or a master’s degree in law or international relations.

Maria Islam Siraj is 19 years old. In the 2016-2017 academic year she completed the first year of the bachelor’s degree programme in Labour Relations with the help of a salary grant consisting of a monthly stipend of €600 throughout the programme’s duration, the waiver of the annual registration fee, and a support and tutoring programme.

Born in Bangladesh, she moved to Badalona with her parents when she was just a few months old. She left home at the age of 15 to avoid the life her parents envisioned for her: an early marriage in her country of origin. After spending time in a children’s shelter and a residential education centre (CRAE from the Catalan), she moved to the shared flat where she currently lives, within the framework of a Solidarity Service Foundation programme.

As part of its inclusion and social responsibility policy, in the 2015-2016 academic year Pompeu Fabra University launched a salary grant programme, funded by Santander Universidades, aimed at young students with good academic records who are qualified to enrol at university, but come from economically disadvantaged situations.

The first edition of the programme (2016-2017 academic year) included five grants. Five more were offered for the current academic year (2017-2018), bringing the total number of students to benefit from this type of grant to ten. The grants are renewed each year, as long as the recipients pass all their subjects each academic year and complete their programme within the specified number of years. 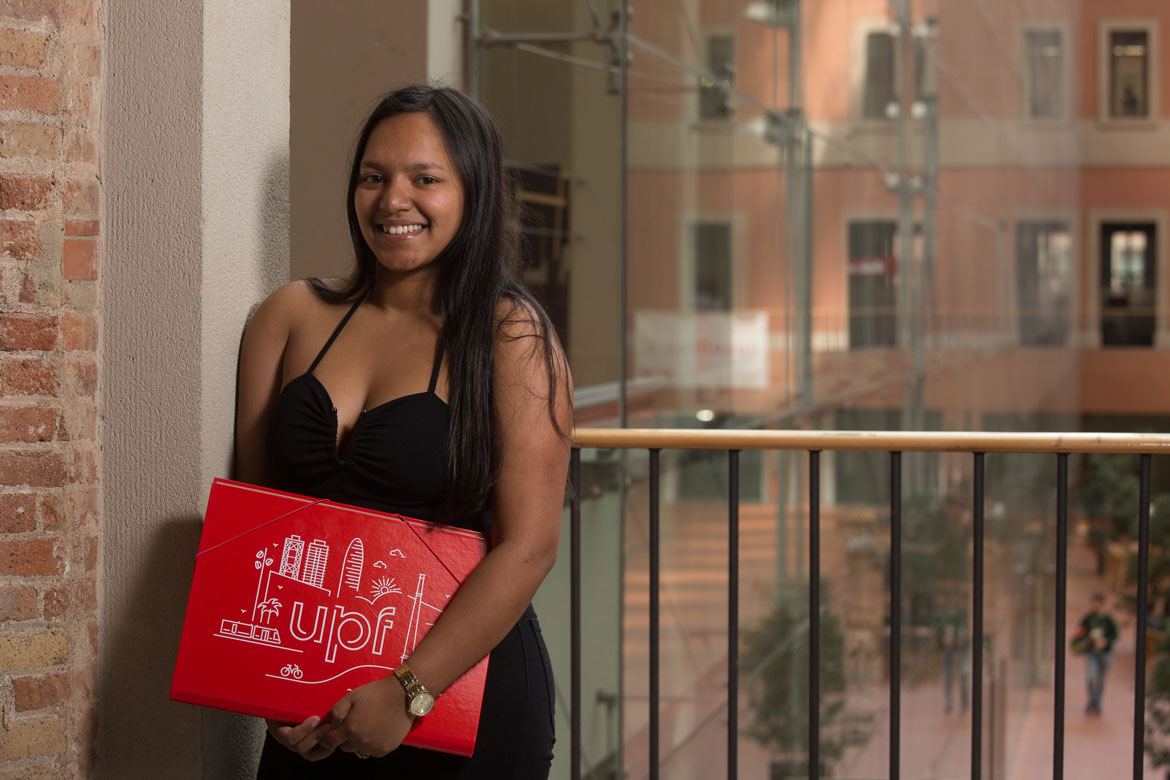 Read more about her

What does studying at university mean to you?

For me, studying at university was a goal. Doing it has meant achieving one of my main goals in life. It was hard for me to get here, not academically, but for family reasons, mostly. Not because I lack the ability, but because it has not been easy for me. My family did not facilitate things for me, for religious and cultural reasons. They did not want me to go to university, but rather to get married at the age of 16 or 17, and that’s why I left home. Now I have a salary grant from UPF. I live on that, and supplement it with what I earn as a shop assistant at an accessory shop at the weekend.

“For me, studying at university was a goal” 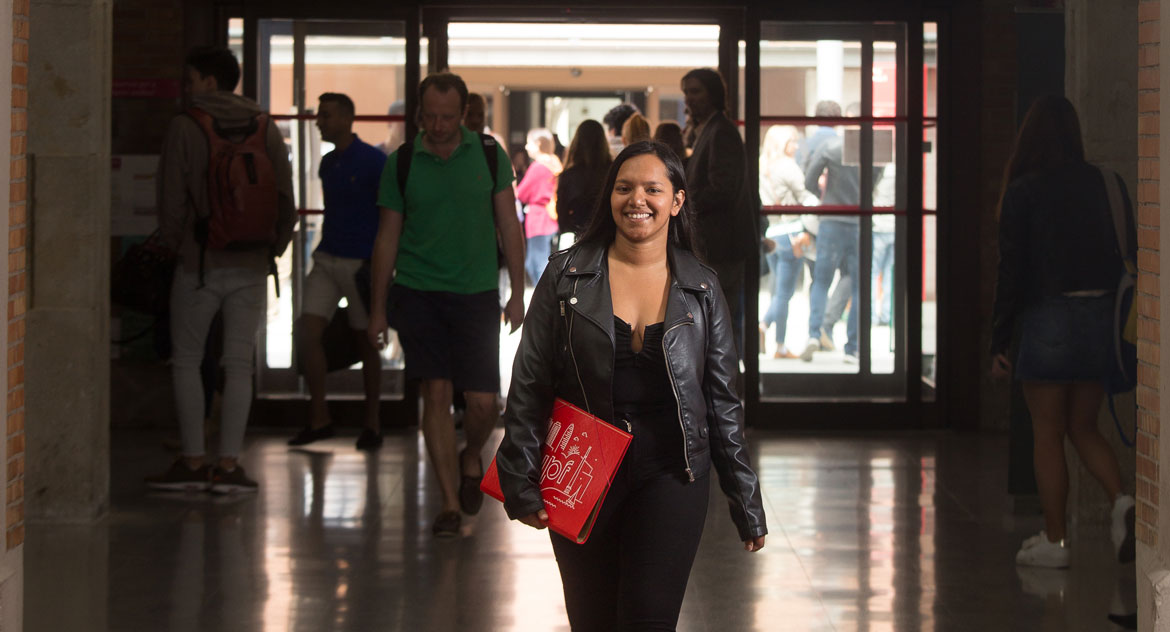